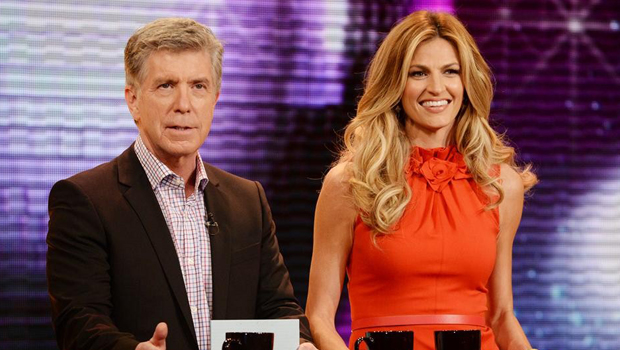 There are big changes coming to the "Dancing with the Stars" ballroom.

When the show returns for its 18th season on Monday, there will be a new host joining Tom Bergeron (sportscaster Erin Andrews, replacing ousted co-host Brooke Burke-Charvet) and a new twist involved in the competition.

"I think she's going to bring all of that to the show," he said. Bergeron also revealed what advice he gave Andrews ahead of her "DWTS" debut: "I just basically said to her, 'Trust your gut, and if you want to -- because we're friends -- take a shot at me.' I was telling her about when Drew Lachey filled in some seasons ago for a few weeks, he would take these shots at me, and I love that, so I told her not to hold back."

And there's no animosity between Andrews and Burke-Charvet, according to Bergeron. "She and Erin have exchanged calls and voicemail messages, and I said, there's a lot of maturity going on here because everybody's being wonderful in the face of some difficult times."

The other switch happening this season is "The Switch-Up," which allows America to vote for the celebs to change their professional partners.

"I'm not sure yet how it's going to play out. I don't know if it's just for a week or whatever they do it they're going to do it for the balance of the season, so I'm kind of as curious as you and the dancers are, as to how this is going to play," Bergeron told E! News. "It's either going to be very intriguing and exciting or a trainwreck."