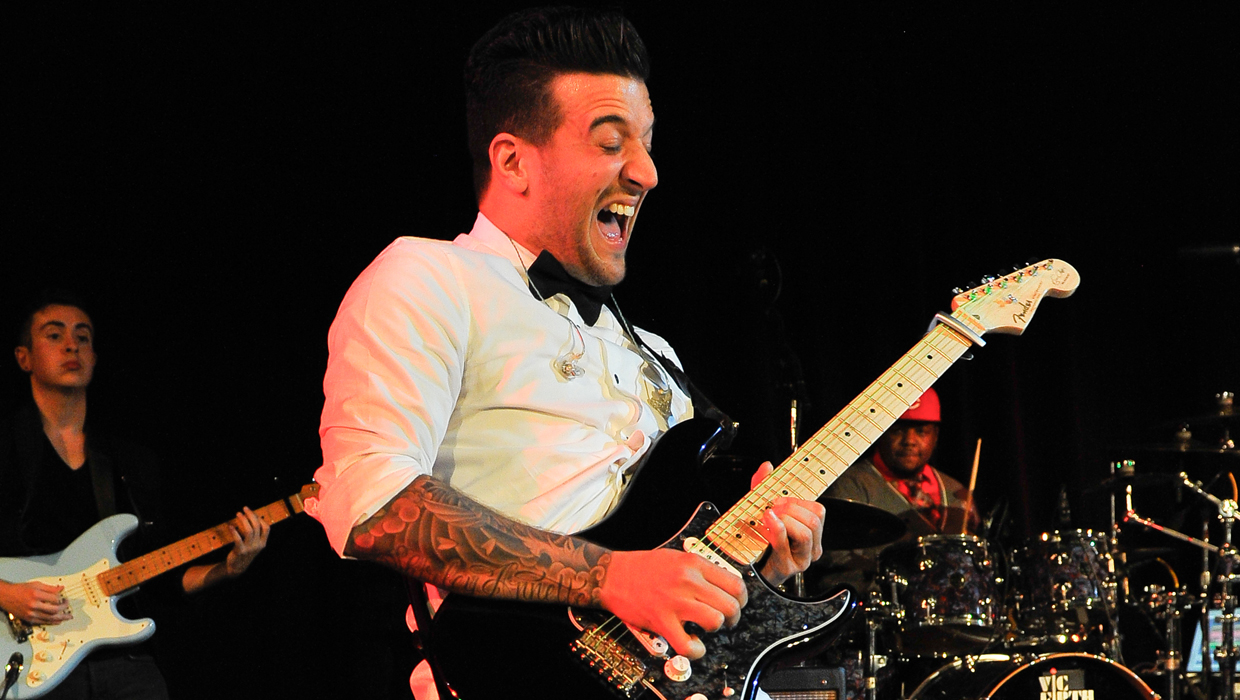 For Mark Ballas, it's time to head back to camp.

The "Dancing with the Stars" pro-dancer plans to spend the next six weeks shedding those extra holiday pounds (12, to be exact) so he can be ready for the upcoming season.

He has no idea which professional dancers will be asked back or which celebrities will take a turn on the dance floor for season 18. That call will likely come in mid-February. But he's getting ready regardless. To get in shape Ballas takes a lot of dance classes (he hates running), lifts weights and works out on the elliptical. He'll sometimes go on the occasional hike, too. As for his diet, Ballas. 27, will have a juice in the morning, a power salad for lunch and then another juice for dinner -- all for the next five weeks.

And the Emmy-nominated dancer is doing it all smoke-free. A smoker since he was 16, Ballas quit smoking cigarettes last year and says he’s feeling better than ever.

"There was a time I was dancing somewhere and I was feeling out of breath, a little out of shape," he told CBS News. "I had never felt like that before. Every dancer under 22 thinks they're invincible...'Oh, that would never happen to me.' And it did."

The feeling wasn’t very drastic, Ballas says, but it was "enough for him to notice."

"I really wanted to put a stamp on this and not do it anymore," said Ballas, who grew up around smokers; his mother, grandmother and uncle -- not to mention a lot of his friends -- were all heavy cigarette smokers.

"I grew up in England so it was very accessible. My mom traveled a lot and she'd bring back those huge duty-free cartons for my grandma and I would constantly be taking them," he recalled.

Up to a pack a day at times, Ballas attempted to quit cold turkey, which worked for a while. But eventually decided he'd be better with a routine and some help. In the end, Ballas did Blueprint to Quit, a nicotine replacement therapy, which combines the patch with various other resources and support.

He noticed a big difference last fall during season 17 of "DWTS" when he was paired with singer Christina Milian. "I didn’t have to take breaks. You don’t smell like an ash-try," said Ballas. "The biggest thing I noticed was saving time...especially if you smoke a pack a day…All that was gone. I can come in and was focused. And stamina and cardio was much more improved from the previous season."

Looking ahead to next season, Ballas hopes the “DWTS” producers continue to push boundaries and toss in new twists. “I always love when they switch it up,” he said.

When asked who he'd like to see join the show, Ballas said, "Jennifer Aniston, though I don’t think she’d ever do it," he said. "I'm a huge Ellie Goulding fan. She can move. I went to her show and she’s really good. And she’s in really good shape…She might be awesome if she’s got some time off of tour."

Now on television for nearly a decade, "DWTS" has features a host of celebrities over the years and still pulls in decent ratings. Ballas says he thinks the celebrity contenders' "genuine struggle and overcoming of obstacles" is what keeps the show on the air.

"You see these people that you're already familiar with do. In this society, people put celebrities and athletes up on a pedestal because you see them in one light – you see them onstage doing art, on TV, or on the field playing sports. Then when you see them [on 'DWTS'] and they’re like, ‘I may have bitten more off than I can chew here.' People find that fascinating," he said.

When he’s not prepping for the show, Ballas can be found in the studio or performing every couple of weeks in Los Angeles. And yes, he even tosses some dance moves into his live show. A guitar player since the age of 9, Ballas has just begun putting the finishing touches on his solo album, a mix of pop music -- infused with elements of funk and Latin.

"It makes you want to move," he said about the album, which also features a few slower songs that "sweet and sexy."