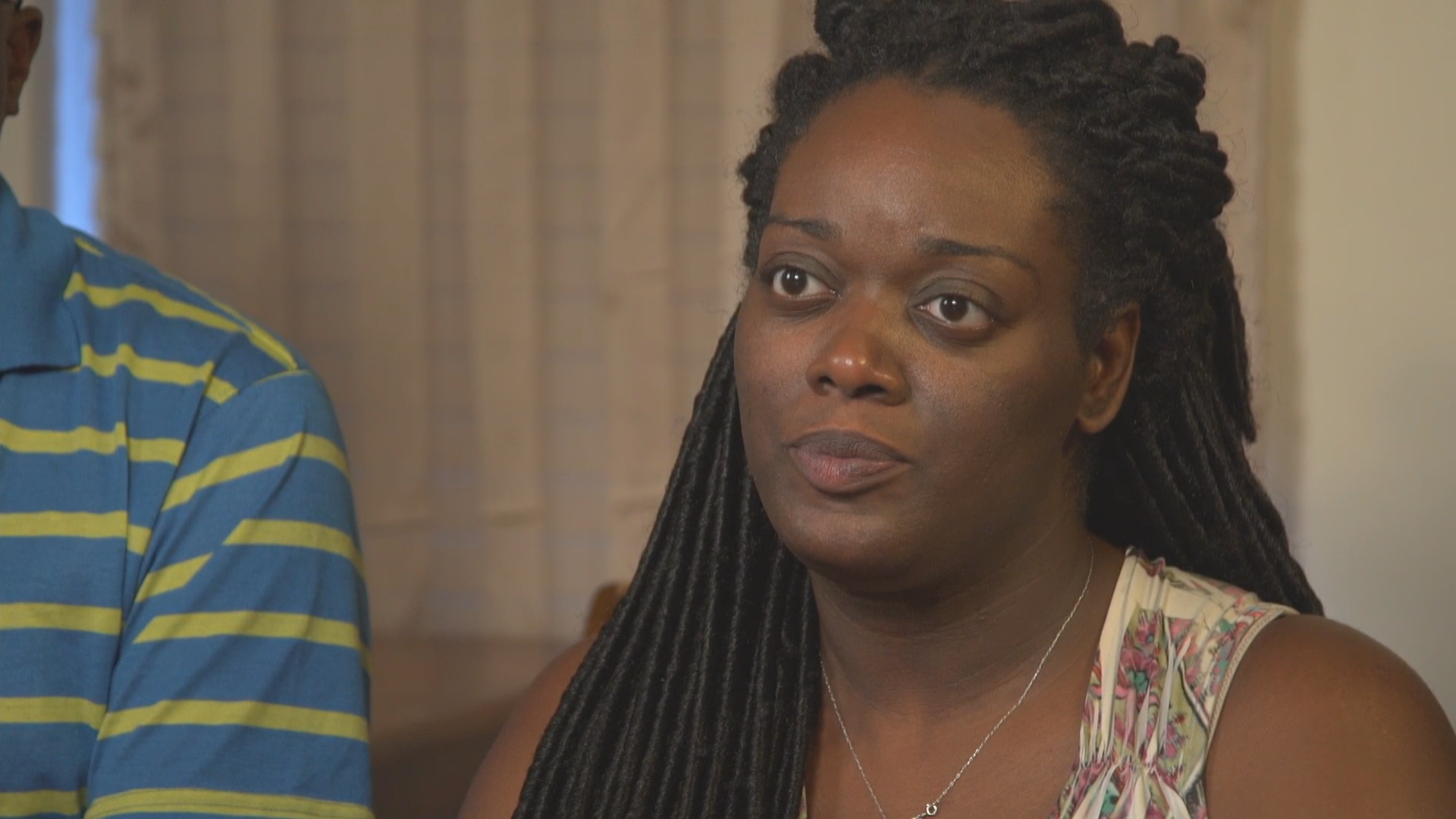 Two civilian victims were wounded in the Dallas police ambush that killed five police officers and injured seven others. One of the victims, Mia Taylor, opened up about the terror of last Thursday evening to "CBS This Morning" co-host Gayle King.

"I want to say like, someone just jabbed you with a needle. It's a real sharp sting," Taylor said.

"But you knew it was a bullet wound?" King asked.

But being shot in the leg didn't get in the way of her motherly instinct, when she saw her 15-year-old son Andrew amid the gunfire.

"And I'm kind of limping and that's when Andrew turns around and he's looking to see where I am and starts to grab at me and I'm already shot so I grab him," Taylor said.

"So I turn around to look for my mom and as I look for my mom, she simultaneously grabs me and basically tackles me in between a curb and a car. She lays right on top of me. All that was exposed was my head," Andrew recalled. "I basically sat there and held my breath. I didn't know what was going on, I was shocked. I would never have thought that something like this would have ever happened to me, my mom or my brothers."

"It felt like a couple of minutes, it could have been less. Just a barrage of police officers came up and one of them asked me, 'is anybody hit?''" Taylor recalled.

She answered yes, but in a "real low tone" because she did not want her son to know she was shot.

Taylor also witnessed another officer get shot. All she could do in the moment was pray.

"I did not stop praying," Taylor said.

Taylor said she is "forever indebted" to police.

"There was no color there. There was safety, there was action and I can't thank them enough," Taylor said.

The deadly attack was unimaginable for Taylor when she decided to take her children to the protest. She wanted her kids to experience what their grandparents had in the past, and show that marching worked.

"Because I hear a lot of people saying, 'what is marching going to do?' Well it did a lot. Why can't it do it again?" Taylor said.

Her husband, Lavar Taylor, also thought it was a good idea.

"I appreciated her for doing it. Just to show our sons that we can get unified," Lavar said.

Their 14-year-old son Jajuan Russell said he also wanted to go to be a part of the movement.

"I wanted to march. I wanted to be able to make history and tell my kids that I was there," Jajuan said.

Twelve-year-old son Jermar Taylor wants to be a police officer.

"I just want to try and make this world a better place. And hopefully as I get older, the world will change and it'll be a safer environment for black people and even all races truthfully," Jermar said.

Andrew hopes that the Dallas attack will be a lesson for all.

"Truly, I hope that everyone learns that two wrongs don't make a right," Andrew said.

"I have a large amount of white friends and it's really authentically hard to have those kind of conversations, even with your friends, let alone have them with strangers," Kavion said.

"Some people have said, 'well now the message is getting lost.' Do you feel that?" King asked.