In the crowded primary for the newly created 6th Congressional District in Oregon, first-time candidate Carrick Flynn has attracted over three times as much outside spending as any other House candidate this year.

Flynn and Bankman-Fried are both members of a philisophical movement known as effective altruism — as part of a network of researchers and philanthropists, they're dedicated to working on the truly big threats to the future of the human race: pandemics, climate change and nuclear weapons, for instance.

According to his campaign, Flynn has never met the crypto billionaire, but he did tell local outlets that he has  interacted with Bankman-Fried's brother. Bankman-Fried says he's investing in Flynn because of his experience studying pandemic prevention, according to The New York Times.

Flynn researched pandemic preparedness in Oxford and was also a co-founder of the Center for the Governance of AI (Artificial Intelligence) there. Pandemic prevention funding is his highest priority. He told Oregon media that he entered the race after laboring over a plan to prevent future pandemics that was ultimately omitted from the bipartisan infrastructure bill.

Betting that a message of addressing long-term threats like pandemics will resonate with voters both eager to leave COVID behind and facing the present threat of high inflation is no doubt risky. But Flynn's campaign manager, Avital Balwit, said in a statement, "We have certainly had a strong response to our core messages of pandemic preparedness, climate action, and an economy that works for all."

However, Pacific University of Oregon political scientist Jim Moore is not seeing the "strong response."

"This is a low turnout election, and so, that tells me that whatever message Flynn or the PACS have been trying to get across about Flynn hasn't been working because it's not energizing voters," Moore said. "We're looking at a possible record-low turnout in Oregon."

According to recent polling, state Rep. Andreas Salinas is running a little ahead of Flynn. Salinas has the backing of BOLD PAC, the Congressional Hispanic Caucus' campaign arm and would be the first Latina to represent Oregon in Congress, if elected. House Speaker Nancy Pelosi's House Majority PAC has backed Flynn, to the ire of progressives and Latino groups backing Salinas.

If Flynn does pull out a primary win, he could be the first effective altruist in Congress, and effective altruists are playing a very long game. Their "30,000-foot perspective" takes an exponentially lengthier view. One essay associated with the movement calculates that if the human species lasts as long as the average mammalian species, around 100 trillion more of us could live and die over the next 800,000 years. Some members are debating what the "foundations for space governance" should entail — not exactly topping any issues polls with voters anywhere.

Bankman-Fried was practically born into this realm of thought; his parents are both Stanford law professors with an interest in utilitarianism. He went to MIT, and at the beginning of his career, he worked at the Centre for Effective Altruism. By the time Bankman-Fried celebrated his 30th birthday, he had built a crypto exchange with a multi-billion market capitalization. This year, Bankman-Fried publicly pledged to give away 99% of his wealth, and he appears to be living comfortably, though modestly for someone with more than 10-figures to his name. He drives a Toyota Corolla and commonly sleeps on a beanbag chair in his office in the Bahamas.

But he's down a few billion these days after cryptocurrencies nosedived in recent days; Bloomberg's Billionaire Index estimates his net worth has been cut in half since the end of March and sits at around $12 billion today.

Last week, Bankman-Fried testified on the Hill to try to make the case for favorable crypto regulations before Congress. Flynn told an Oregon political podcast that he has no prior interest or current opinions on cryptocurrency regulation, and Bankman-Fried has denied his interest in Oregon's 6th District has anything to do with crypto.

Bankman-Fried has argued that more effective altruists should steer themselves toward making a positive impact on U.S. policy and he was one of the top two contributors to Biden's campaign in 2020, just behind fellow billionaire Michael Bloomberg. This April, when he appeared on a podcast that's big among effective altruism devotees, he was bullish about the power of outside spending in primaries: "The amounts spent in primaries are small. If you have an opinion there, you can have impact."

Aaron Navarro contributed to this report.

Witness: Trump was adamant about going to Capitol

Polls show voters unhappy with 2024 presidential race options
Thanks for reading CBS NEWS.
Create your free account or log in
for more features. 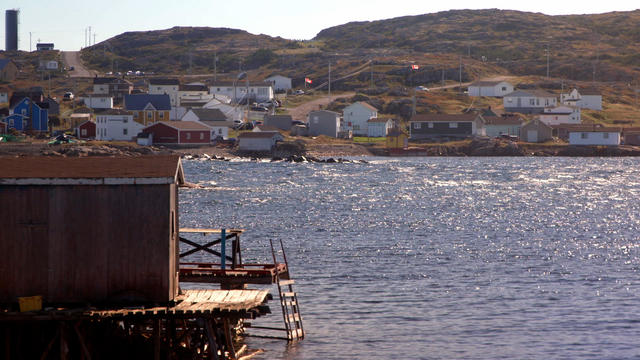 A small island off the coast of Newfoundland is redefining itself with the help of a local businesswoman who combined deep pockets with a deep appreciation for the island's past. 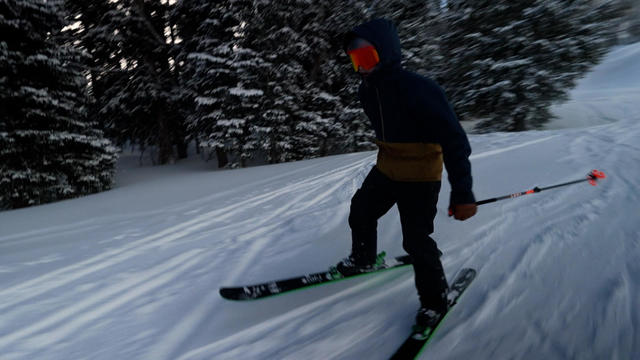 A brain tumor robbed Jacob Smith of his vision, but that hasn't stopped him from making a name for himself on the slopes. 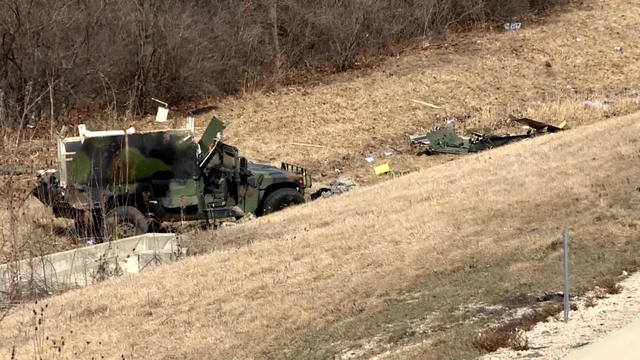 Lesley Stahl speaks with parents of service members killed in training and reports on why so many vehicle training accidents occur in the U.S. armed forces. 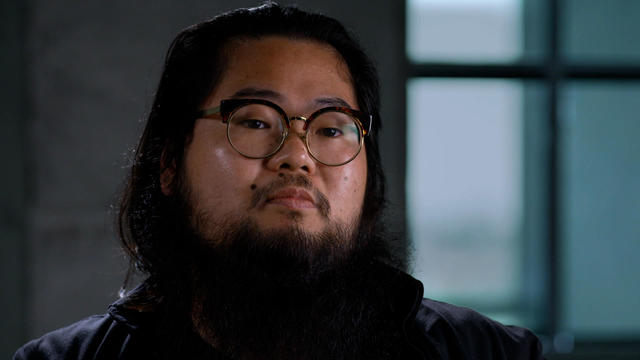 Jon Wertheim speaks with Badiucao about mocking the Chinese regime, which has made it almost impossible for the artist to return to his homeland. 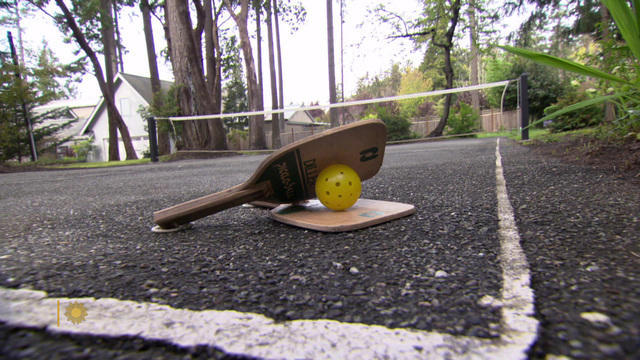 In the summer of 1965, seeking to keep their bored kids entertained, some dads on Bainbridge Island, Washington, invented a game using a plastic ball, some wood, and a badminton court. "Pickleball" was born. It has since become the fastest-growing sport in America, with nearly five million people now playing the game. Correspondent Luke Burbank looks at Pickleball lore, and takes a whack at playing against Pickleball Hall of Famer Jennifer Lucore. 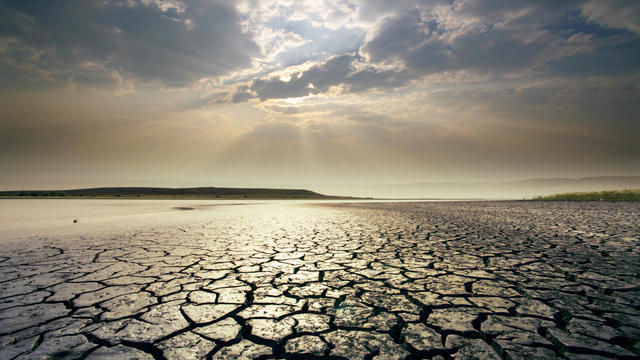 In a state where every drop of water counts, ornamental grass – which accounts for a large percentage of outdoor water use – has been banned in Southern Nevada. Correspondent Tracy Smith talks with climate and water experts about the steps being taken (or not) to address rising temperatures; and with astrophysicist Neil deGrasse Tyson about the lack of urgency he says is hampering humanity's ability to counter this existential threat to our planet. 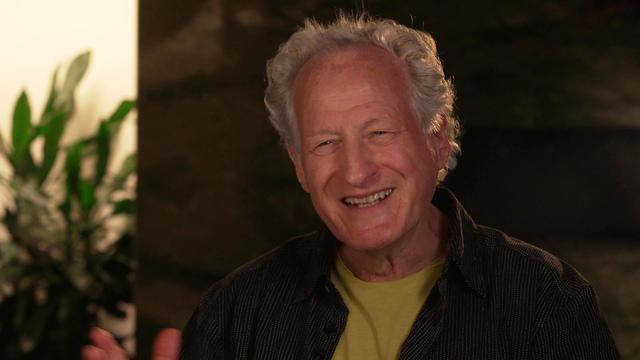 Michael Mann on his prequel/sequel, "Heat 2"

Michael Mann, the director behind such films as the acclaimed Los Angeles heist drama "Heat" and the upcoming "Ferrari" (now in production in Italy), talks with correspondent Seth Doane about his fascination with cities, and his new novel, "Heat 2," a prequel/sequel that translates his cinematic obsessions to the printed page. 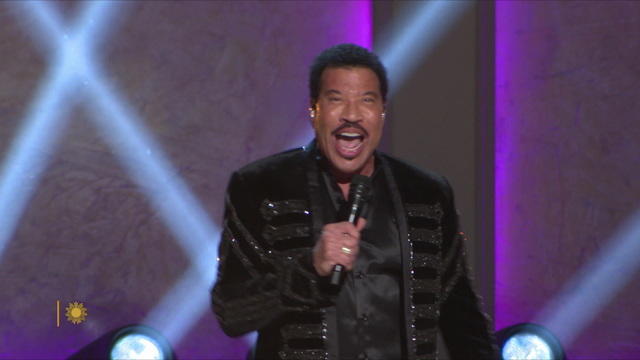 The Grammy-winning singer-songwriter, lead singer of the Commodores, solo artist, and "American Idol" judge was awarded the Library of Congress' 2022 Gershwin Prize for Popular Song earlier this year. Lionel Richie talks with correspondent Kelefa Sanneh about growing up on the campus of Tuskegee University, as well as his 50-year career – from opening for Michael Jackson and the Jackson 5, to his solo success, and what the lyrics of "All Night Long" really mean. (This story was originally broadcast May 15, 2022.) 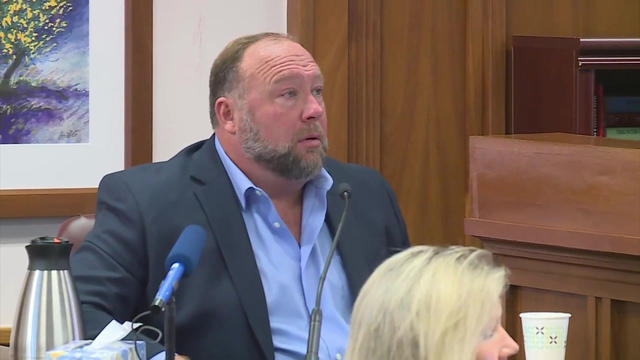 Alex Jones and his "whole world of trouble" 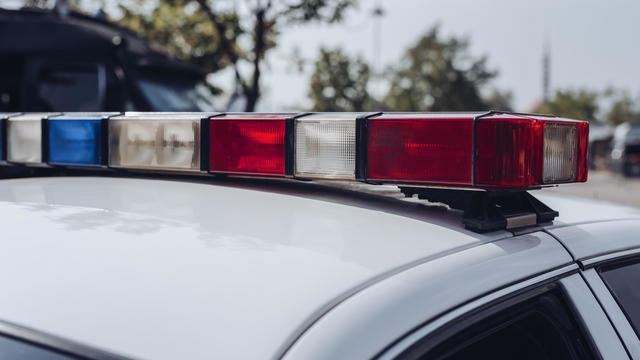 Four Muslim men have been killed in the area over the past several months, and authorities have said their deaths may be linked. 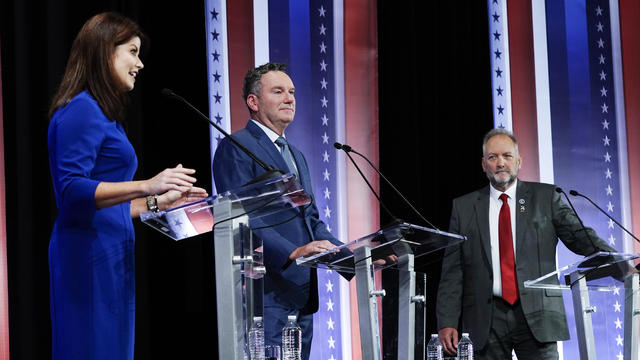 Trump and Pence have backed different candidates in the Wisconsin Republican primary for governor. 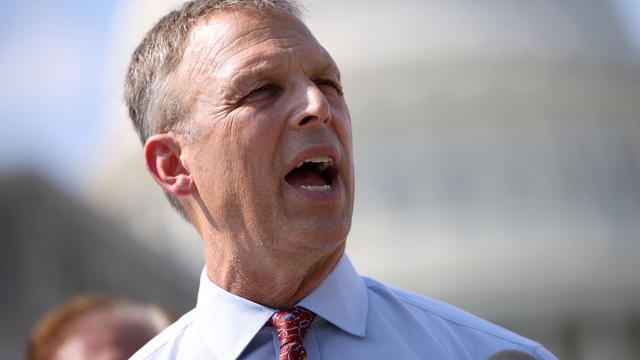 The House Jan. 6 committee has accused Perry of seeking a pardon from Trump, which Perry denied. 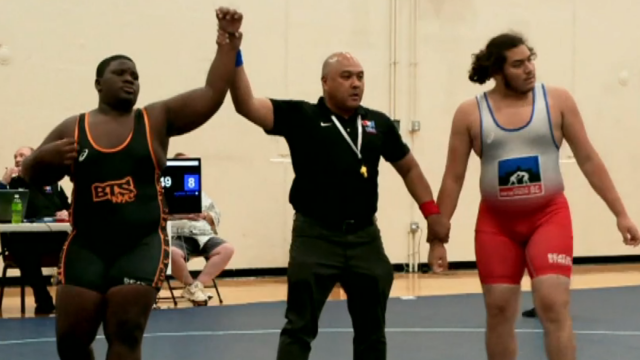 Wrestling program teaches kids skills on and off the mat

Beat the Streets uses one of the world's oldest sports to teach life lessons. 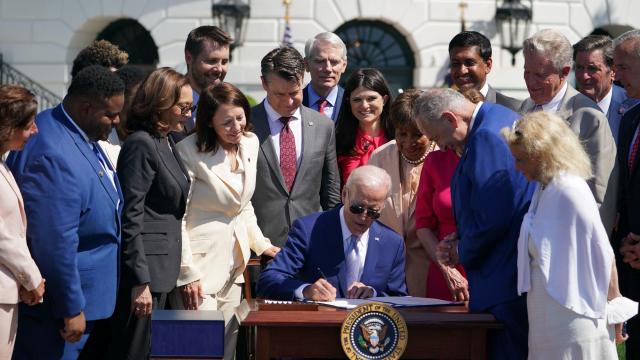 The Chips and Science Act provides more than $52 billion in subsidies for U.S. semiconductors and roughly $24 billion in tax credits for new manufacturing facilities. 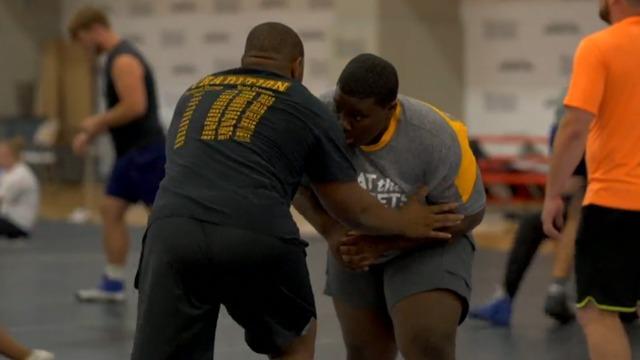 A wrestling program in Chicago is teaching young athletes from underserved communities how to be champions in competition and in life. Charlie De Mar shares more. 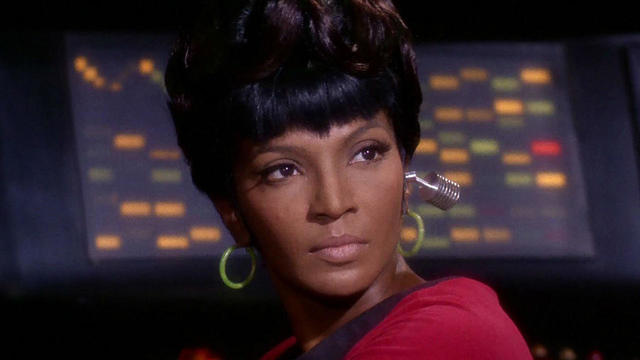 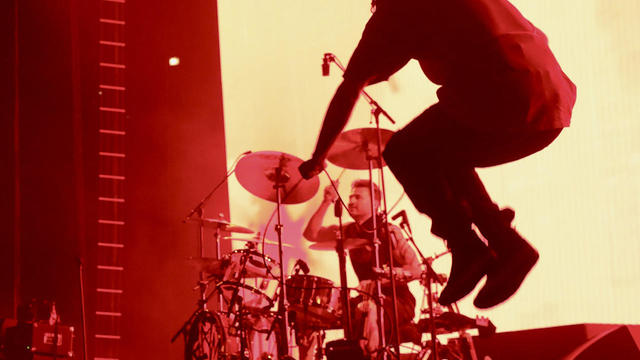 Concerts are back on track, with rock, heavy metal, country and hip hop artists returning to live performances. 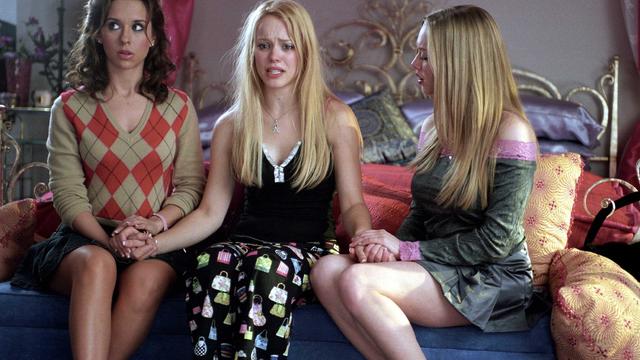 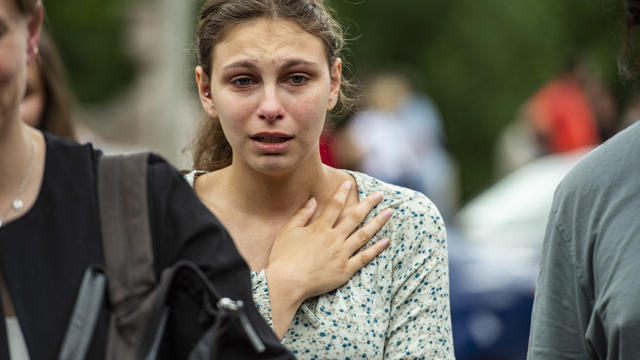 As abortion-rights activists mourned the end of an era, anti-abortion advocates celebrated a long-fought victory. 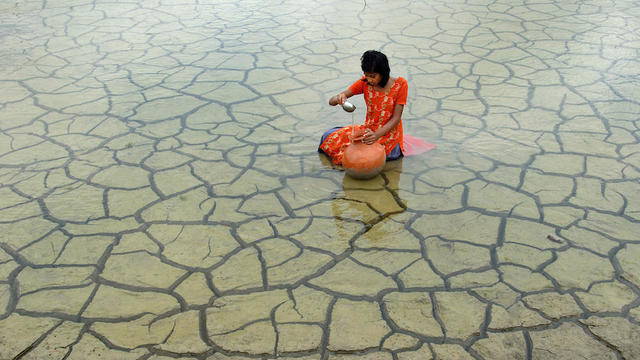