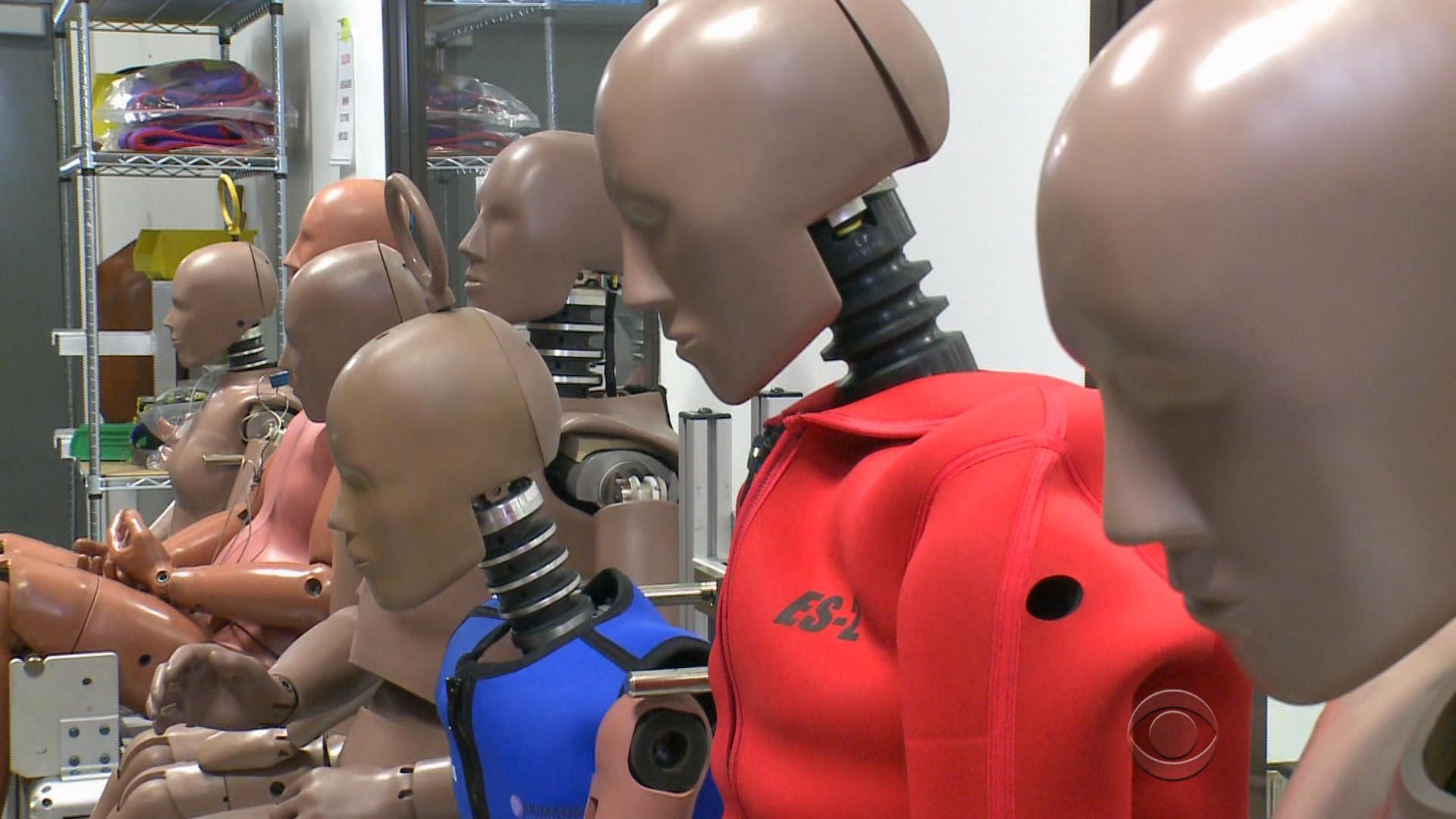 PLYMOUTH, Mich. -- The test dummy has been used in crash after crash, year after year -- for nearly five decades, to be exact.

But as Americans continue to get taller, fatter and older, carmakers say it's becoming more apparent that the standard test dummy -- a 5-foot-9, 170-pound figurine -- is in need of a makeover.

Chris O'Connor runs Humanetics, the leading maker of crash test dummies. He says a new dummy, which weighs about 100 pounds heavier and stands a few inches taller, is more like the real modern day driver.

"We have found that obese people, elderly people, people who don't fit the exact size and shape are more at risk in a vehicle right now," he added.

"Do they need to switch to a larger dummy as the standard?" Van Cleave asked.

"So I don't think one replaces the other," O'Connor said. "Auto safety is based on what we measure. We need to have a test device that reflects that growing population change."

"Safety features, the airbags and most importantly the seatbelts are designed around those dummies," Wang explained to Van Cleave.

Height and weight are not the only factors that will change on the appearance of future test dummies.

With nearly 20 percent of drivers being over the age of 65, O'Connor and Wang are also developing a crash dummy to replicate an elderly, more fragile body.

While it will take years to get regulatory approval, carmakers are already giving the heavier dummies a test run to determine if a bigger dummy means better safety.