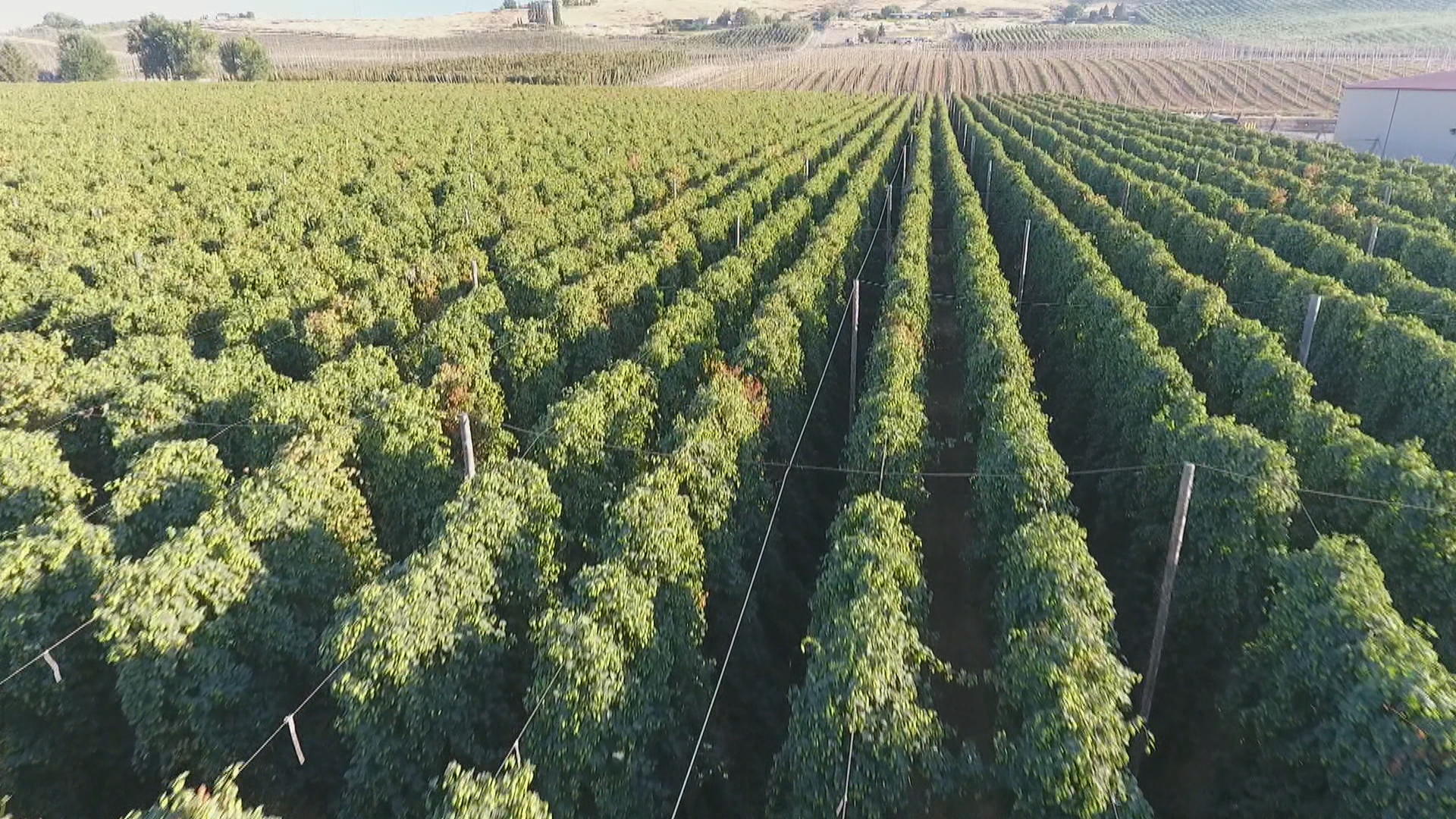 The craft beer movement in the U.S. has been powered by hops, the flower that give beers like pale ales and IPAs a wide range of flavor. The American craft beer industry produces just over 12 percent of the beer brewed in America but consumes a staggering 40 percent of domestically-grown hops -- most of which come from the Yakima Valley in Washington state.

There the high desert has long days of sunshine, virtually no rain but access to water from the Cascade Mountains, perfect conditions for hops farming. It's also where the country's top brewers go every September not for the sights, but for the scents.

CBS News' Dana Jacobson tagged along with Sierra Nevada founder Ken Grossman and a team of scentologists as they selected some of this year's crop.

"We smelled hops that were harvested Sept. 1, Sept. 4, and Sept. 7. And they were markedly different," Grossman said.

Grossman is a pioneer in the craft beer movement. He said when he first came to Yakima it was pretty much a one hop town, with the crop used mostly for bittering.

"Well, we started focusing on a hop, actually the hop right behind us called cascade, in our pale ale in 1980," he said.

In the decades to follow, craft brewers began to focus on the untapped potential of other hop varieties.

"So there's literally thousands of different varieties of hops. These vines will emerge and they'll go from mid-May to 18 feet tall by July 4," said farmer Eric Desmarais of CLS farms.

Farmers like him have been growing their crops to meet the growing demand.

CLS isn't the only farm to benefit from the industry's unquenchable thirst for hops.

"Absolutely. The hop industry would have existed for sure in the Yakima Valley, but it's a more vibrant, and healthier industry now, with more players and more farmers," he said.

It's a far cry from the industry this fourth generation hops farmer chose to enter in taking on the family business.

"The hop industry -- in the 90s when I graduated from college -- was in a 40-year circular decline, so I think they would have preferred if I would have did something else but I didn't quite let 'em have that option. I kinda just nosed right in there," Desmarais said.

During the busy fall harvest, which lasts about 40 days, the farm is in production 24 hours a day, seven days a week.

"15 years ago you would never see a brewer," he said. "That's really dramatically changed in six years."

Now, brewers like Adam Schmitt out of Michigan, make the trek to Yakima from all over the country.

"For us it's imperative that we come out here," he said. "The hops that we're currently using this year need to match the hops that are on the vines right now and that are coming down."

That way, the taste of Schmitt's beer doesn't dramatically change.

It's not all business thanks to the month-long party at Sports Center, a bar in downtown Yakima. It's a chance for brewers and farmers to enjoy the fruits of their labor and to talk shop.

"Everybody's gettin' down to business during the day. Doing hop selection, checking out farms. Then at night we're all going and hangin' out together and kinda seeing what new things we're all comin' up with," Schmitt said.

"Not everybody was interacting with the farmers and getting to know the people that were growing their ingredients, but they still felt the connection with the hops and that's kinda where everything grew. It's, 'well, we're putting these in our beer, so we need to come out and see what's going on and meet these people,'" he said.

The dramatic growth in demand for hops these farms have seen over the past decade has slowed down a bit.

"There's nothing really to do with hops but make beer. So when there's excess hops, it's very problematic. When there's too many hops, the price crashes very quickly which is effective 'cause it sends the message to us to stop producing," Desmarais said.

But Desmarais says there are indications the craft beer phenomenon will go global.

"We see four or five years of a little bit of ruggedness in the market, but it appears there's gonna be a nice runway there for a lot of years," he said.

And Yakima will continue to be at the center of it all.