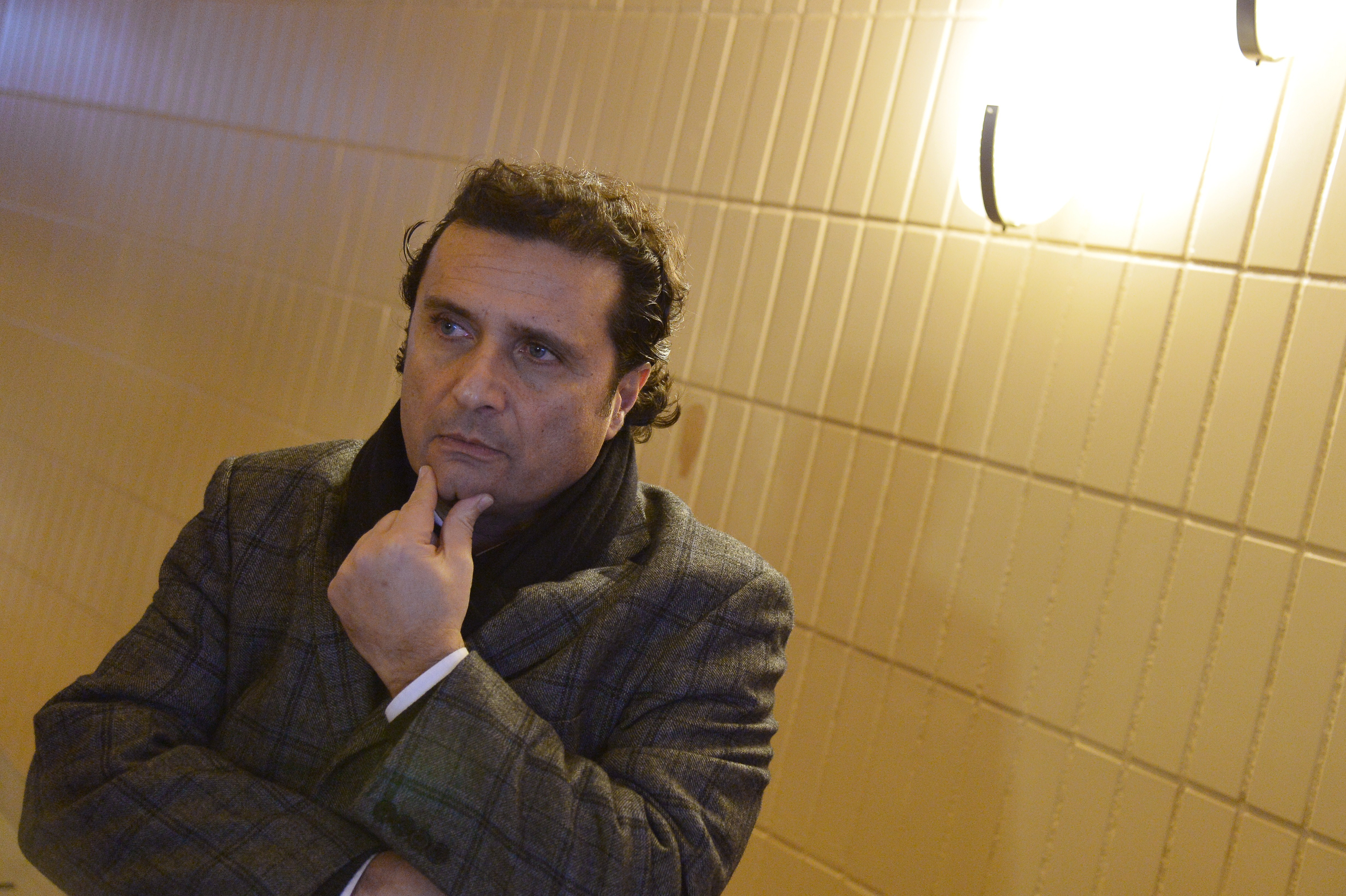 GROSSETO, Italy - The captain of the capsized Costa Concordia luxury liner was handed a prison sentence of 16 years and one month on Wednesday after being convicted of multiple counts of manslaughter, causing a shipwreck and abandoning ship in the 2012 disaster that killed 32 people.

The sentence handed Schettino was significantly less than the 26 years and 3 months requested by prosecutors. The three-judge panel handed down 10 years for multiple counts of manslaughter, five years for causing the Jan. 13, 2012, shipwreck, one year for abandoning the ship while many of the luxury liner's 4,200 passengers and crew were still onboard. He also was sentenced to one month under arrest for false communications to maritime authorities.

Before the verdict, he told the court trying him for 32 shipwreck deaths that his "head was sacrificed" to safeguard economic interests, then broke down in sobs immediately before the panel began deliberating his fate Wednesday.

"That's enough," Schettino said, unable to finish his statement to the three-judge panel.

He had been accused of manslaughter, causing the Jan. 13, 2012 shipwreck near tiny Giglio Island and abandoning ship while many of the 4,200 passengers and crew were still aboard.

Deliberations were conducted in an actor's dressing room - the trial was held in a Grosseto theater to accommodate as many survivors or victims' loved ones who wanted to follow proceedings. But most seats have been empty since the trial began in July 2013.

Schettino maintained he was a scapegoat.

Testimony put the spotlight on errors by other crew and equipment malfunctions after the Concordia smashed into a jagged reef when Schettino steered the ship close to the Tuscan island's shoreline while passengers were having supper in the main dining room.

The reef gashed the hull, seawater rushed in, and the Concordia listed badly, finally ending up on its side outside Giglio's port. Autopsies determined that victims drowned aboard ship or in the sea after either falling or jumping off the ship during a chaotic, delayed evacuation.

Schettino said earlier he was "a few hours from a verdict that should have involved an entire organization and instead sees me as the only defendant."

"My head was sacrificed to serve economic interests," the 54-year-old Neapolitan seaman told the court.

The three-judge panel took about eight hours to deliberate. Then it took more than a half-hour to read out all the names, one by one, of the survivors and dead, upon whose behalf civil suits were filed for damages from Costa Crociere Spa.

The total of all damages and court costs of the lawyers who brought the suits, was not immediate available. But most awards totaled tens of thousands of euros (dollars), far more than the 11,000 euros Costa paid to survivors who declined to press civil suits.

Lawyers for many of the survivors and victims' families have attached civil suits to the criminal trial to press the court to order Costa Crociere SpA, the Italian cruise company, to pay hefty damages.

While insisting Schettino deserves conviction and a stiff prison sentence, the plaintiffs' lawyers have lamented to the court that no one from the cruise company's upper echelons was put on trial.

Prosecutors insisted Schettino was a "reckless idiot" and asked the court to convict him and sentence him to 26 years and three months in prison.

Four Concordia crew members and Costa's land-based crisis coordinator were allowed to plea bargain. None of them are serving prison time.

Costa Crociere's lawyer at the trial has rejected the assertion that the company bore any blame in the shipwreck.

Cruise travel has been a growing part of tourism, one of Italy's main industries. Costa Crociere SpA has been a big customer of an Italian state-controlled shipbuilder.

In a last appeal to the court, defense lawyer Domenico Pepe contended the shipwreck was an "accident...and successive events led to the deaths of these poor people."

The defense lawyer expressed the hope that "this trial will serve for something, at least to save lives" on future cruises because of lessons learned.