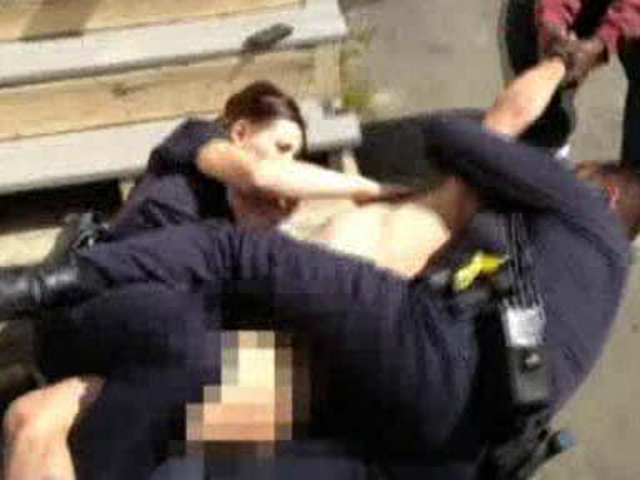 (CBS) SACRAMENTO - A man allegedly high on methamphetamine entered a Sacramento welding shop, naked, asked for a job interview, and then fought with police before being arrested.

CBS Sacramento reports police responded to a report that a naked male had entered a welding shop and was rambling incoherently.

Owner Chris Johnson called police after escorting Jose Ayala, who asked for a job interview, out of his shop.

"I turn around and I'm like 'whoa!'" Johnson said of seeing the nude man. "He said something about he was looking for work, and he was good with his hands. I didn't know why a naked dude would be in my shop."

Johnson's brother Eric arrived just moments later. "He appeared to be wacked," Eric said of Ayala. "He was wasted."

When officers arrived and attempted to detain Ayala, he became combative. Both officers, a man and a woman, were on the ground wrestling with him when Ayala grabbed onto the female officer's hair. That's when the Johnsons and others jumped in to help.

Ayala was transported to a local hospital and later charged with with resisting arrest, indecent exposure, trying to escape and assault on a police officer.

He was booked into the Sacramento County Jail without bail on an immigration hold.