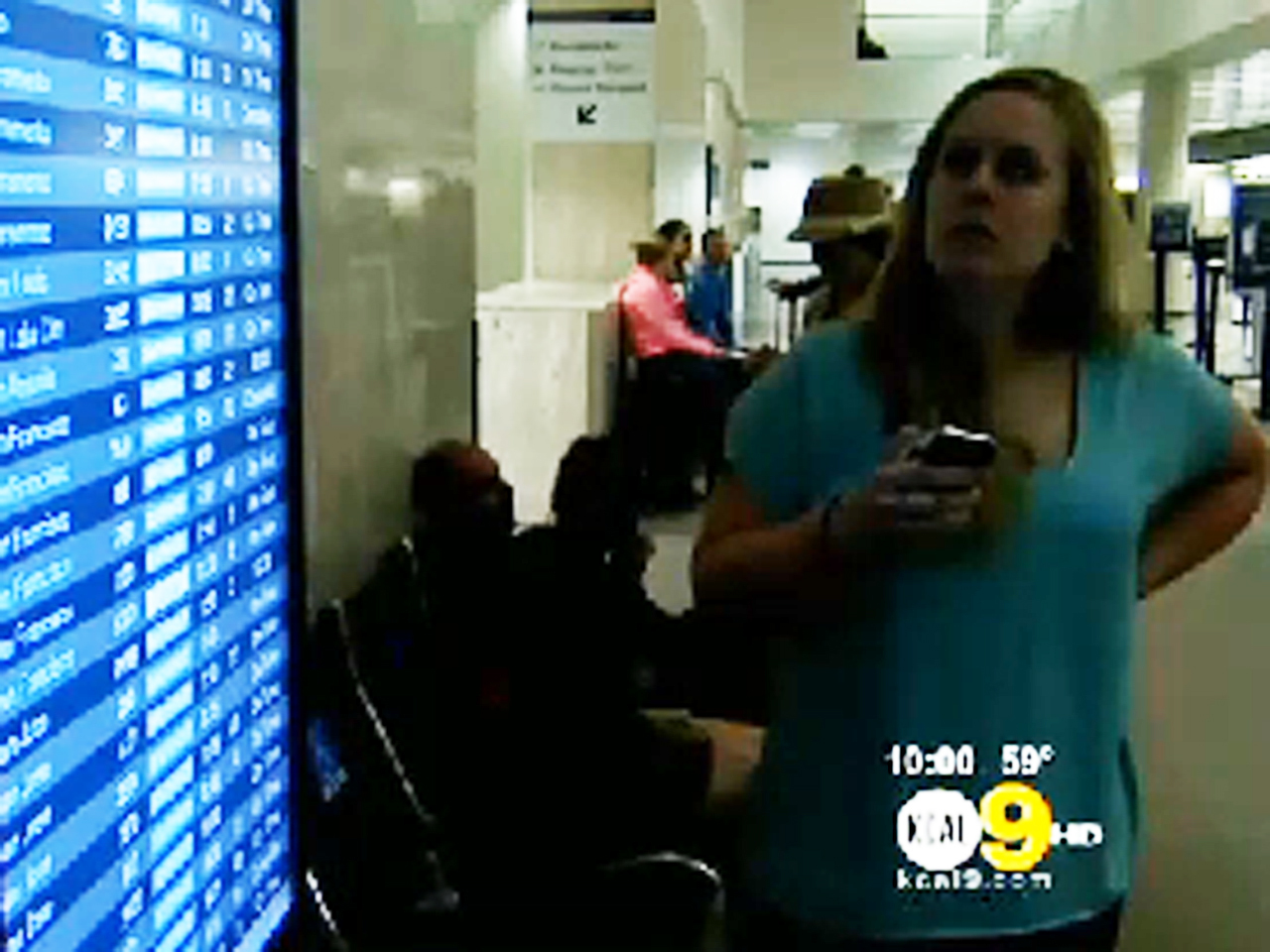 The agency did not say how many flights were affected.

Airport spokesman Marshall Lowe says about 70 flights had delays of about an hour or more Sunday, but could not say the role staffing played.

Delays are expected to get worse Monday.

The FAA released a statement Sunday saying, "Relatively good weather throughout the country and light traffic helped minimize air traffic delays. The FAA will be working with the airlines and using a comprehensive set of air traffic management tools to minimize the delay impacts of lower staffing as we move into the busy summer travel season."

The budget cuts are forcing the FAA to begin giving controllers extra days off. The agency says planes will have to take off and land less frequently to avoid overloading the remaining controllers.

Commercial flights moved smoothly throughout most of the country Sunday, the first day air traffic controllers were subject to the furloughs resulting from the spending cuts, though some delays appeared in the late evening in and around New York.

And even though the nightmarish flight delays and cancellations the airline industry predicted would result from the furloughs haven't materialize yet, experts say the real test will come Monday, when traffic ramps up.

Information from the FAA and others showed that flying Sunday was largely uneventful, with most flights on time. There were delays in parts of Florida, but those were caused by thunderstorms.

The FAA website said flights from Philadelphia and Orlando, Fla., into John F. Kennedy, LaGuardia and Westchester County airports were delayed due to staffing issues.

The trade group Airlines for America, which represents the airlines and had predicted a big traffic snarl, said Sunday evening that it was "not seeing a significant impact at this point." A spokeswoman said the group would continue to monitor the situation, and urged flyers to stay in contact with their airlines.

Government budget cuts that kicked in last month are forcing the FAA and other agencies to reduce their spending. FAA officials have said they have no choice but to furlough all 47,000 agency employees, including nearly 15,000 controllers. Each employee will lose one day of work every other week.

Friday, airline trade groups and the country's biggest pilots union sued the FAA to try to stop the furloughs. They predicted that the furloughs would delay or cancel flights for as many as one out of every three airline passengers across the country. Airlines have also directed their customers to tell the FAA to find other ways to cut costs.