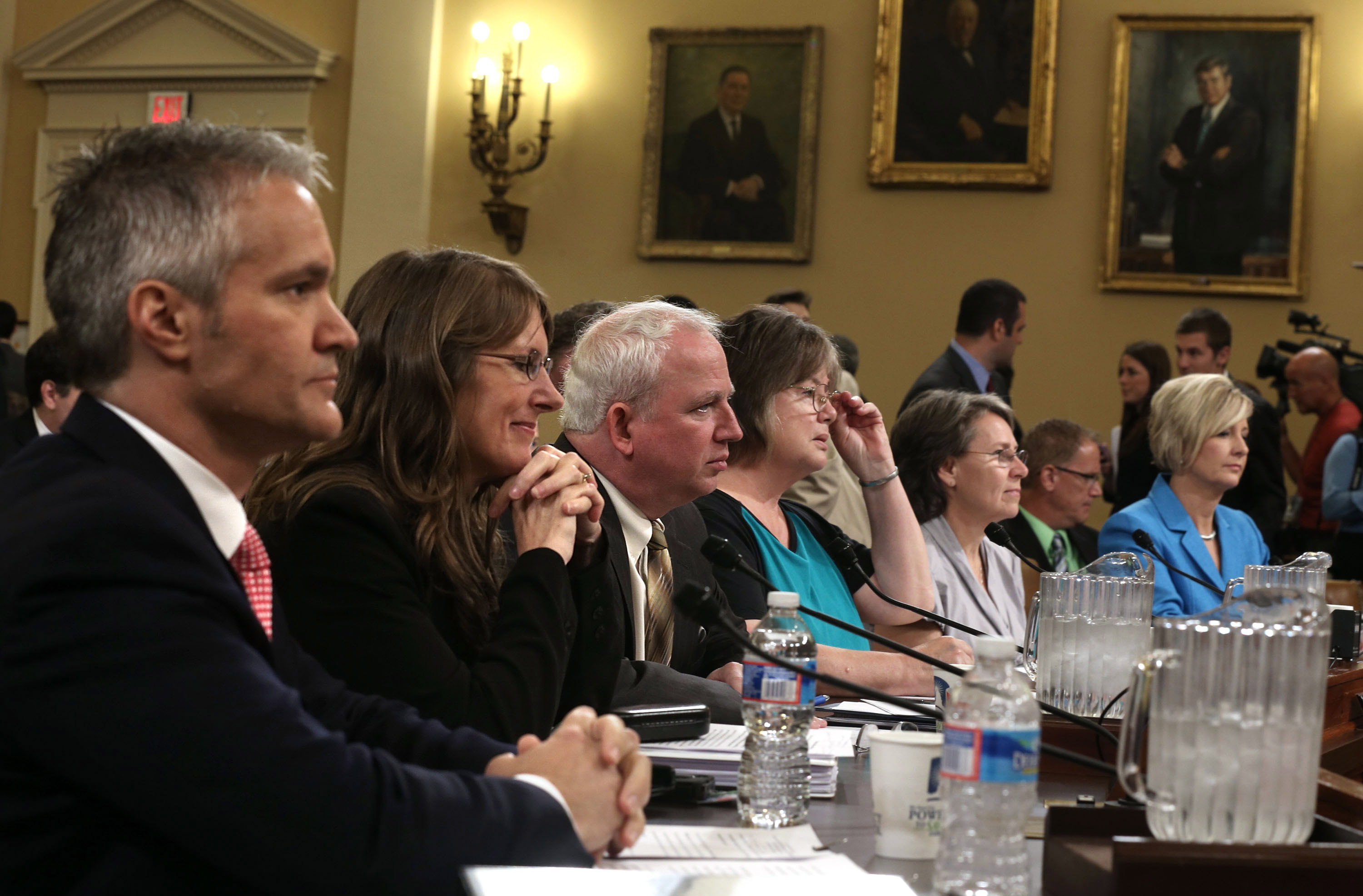 Conservative leaders on Tuesday detailed to Congress the way the IRS bullied their organizations when applying for tax-exempt status, delaying the processing of their applications and making unreasonable requests along the way.

Diane Belsom, of the Laurens County Tea Party in South Carolina, said that her organization has been waiting for nearly three years to hear from the IRS about its application for 501(c)4 status, calling the delay "totally unacceptable." Ahead of that, Belsom repeatedly answered requests for detailed and exhaustive pieces of information about her organization, including multiple requests for the same information, such as the group's articles of incorporation.

"The IRS needs to be fully investigated and held accountable for its incompetence, harassment, and targeting of conservative groups," she said.

Belsom was one of six conservatives testifying before the House Ways and Means Committee Tuesday, alleging their organizations were subject to undue scrutiny after applying for tax-exempt status. On Monday, the new acting IRS commissioner Daniel Werfel acknowledged that the agency betrayed the public trust when, for about 18 months beginning in 2010, it targeted conservative groups applying for status as "social welfare" organizations.

John Eastman, chairman of the National Organization for Marriage (NOM), alleged that evidence shows the IRS illegally disclosed confidential information about its donors -- information that ultimately was published on the website of the Human Rights Campaign, a gay rights organization politically opposed to the National Organization for Marriage. NOM is already tax-exempt, but Eastman said this "egregious" conduct from the IRS takes its misconduct "to a different level."

"You can imagine the shock and disgust over this," he said. "Our donors, once they are identified, are harassed and intimidated and try to be chilled away from supporting the causes we advance."

Kevin Kookogey, head of the group Linchpins of Liberty, said his mission is educational, yet he's been waiting for 29 months at this point to hear from the IRS about his 501(c)4 application. He said he responded to repeated requests for information, including one letter with more than 90 inquiries, including information about his students.

"Can you imagine the reaction of my students' parents if i were to surrender the names of their children to the IRS?" he asked. "And to what end? Would the IRS threaten to audit the parents of those children?"

Some of the witnesses gave tearful and emotional testimony, while Karen Kenney, leader of the San Fernando Valley Patriots in California, spoke in poetic terms.

"You speak the language of power: the pen, purse or gavel," she told Congress in her opening remarks. "I speak grassroots American, the language of liberty through providence, property and civic virtue."

"This is not a Democratic or Republican issue," he said, stressing the point that the IRS' incompetence encompassed "more problems than the singling out [groups] by name."