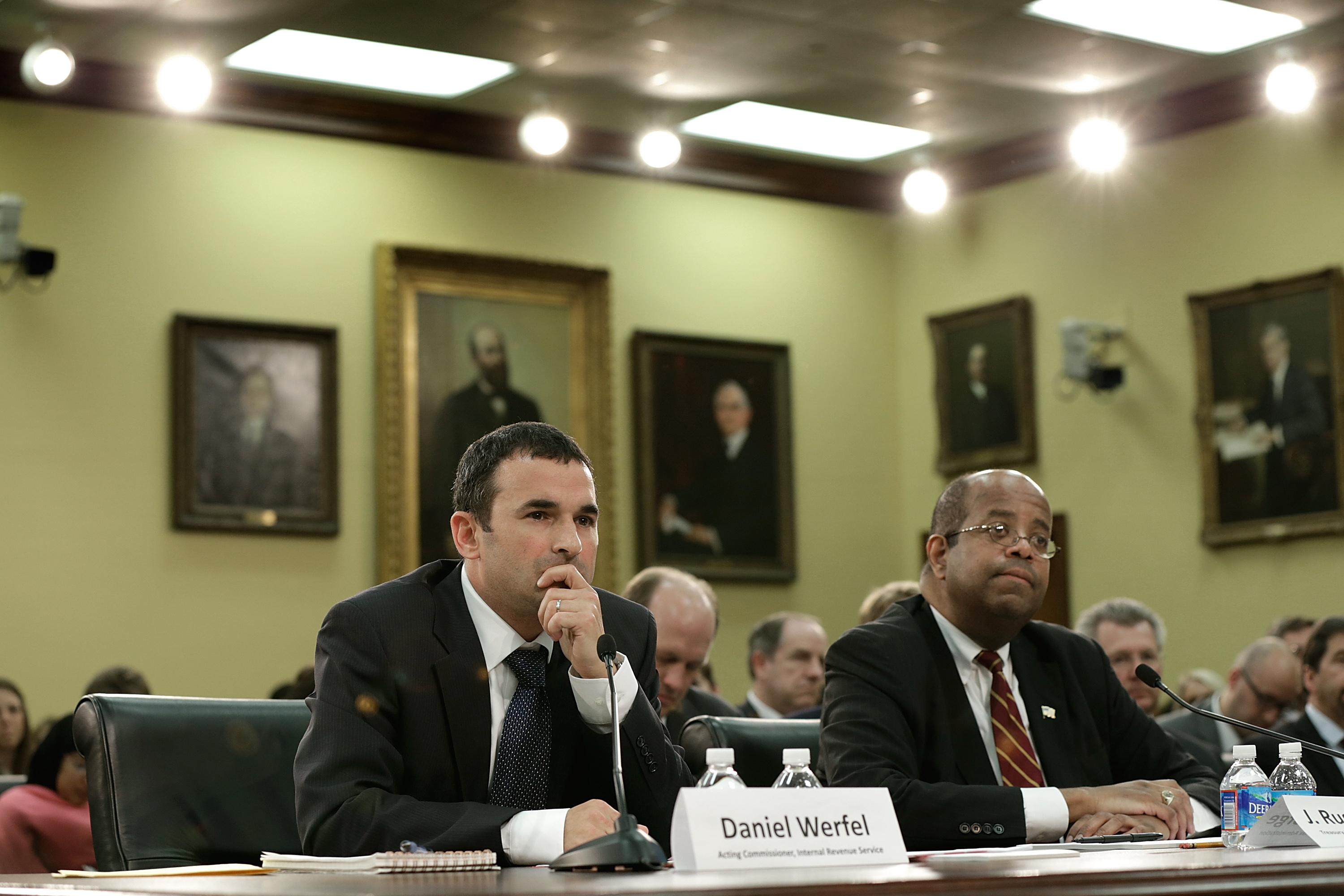 Werfel, speaking Monday at a House Appropriations/Financial Services Subcommittee hearing, conceded that "this is obviously a difficult time for the agency."

Referring to a recent report detailing the IRS' past practice of putting extra scrutiny on conservative organizations applying for tax-exempt status, Werfel said "the public is rightly concerned and upset, as am I, about the inappropriate and unacceptable problems" within the agency that led to this behavior. "Working together, though, I am confident that we can address the problems that exist."

Citing those "significant and alarming" problems, Werfel said he had ordered a comprehensive review of the agency, and said new standards for evaluating potential 501(c)4 organizations would require that the evaluations be impartial, that the system be transparent. He also said the IRS would operate closely with a Treasury Department inspector general and with Congress to make sure the agency was appropriately reformed.

"There was a fundamental failure by IRS management to prevent this inconsistent treatment" and to stop it once it was discovered, Werfel said. "The agency stands ready to confront the problems that occurred."

When asked by Rep. Ander Crenshaw, R-Fla., the chair of the committee, whether or not he believed the IRS had betrayed the public trust, Werfel said, "I do." Restoring that trust, he said, "has to start with a recognition that the trust has been violated" and an admission of all relevant facts.

"We must have the trust of the American taxpayer. Unfortunately, that trust has been broken," he said. "The agency stands ready to confront the problems that occurred, hold accountable those who acted inappropriately, be open about what happened, and permanently fix these problems so that such missteps do not occur again."

Democrats and Republicans largely agreed on the impropriety of IRS actions with regard to tax-exempt applications. They also expressed outrage over recent reports that the IRS spent $50 million in funding on 225 employee conferences over a two-year period.

Werfel, for his part, isn't asking for bigger funding allocations just yet.

The solution, he argued, is not more money but rather stronger controls, oversight, leadership, and management.