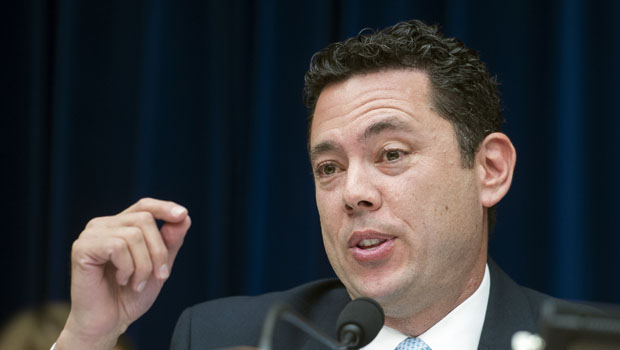 House Oversight Committee Chairman Jason Chaffetz (R-Utah) said that his committee will continue to investigate Hillary Clinton's use of a private email server during her time as secretary of state despite the fact that the presidential election is over.

"This was never a political targeting in the beginning. Just because there's a political election doesn't mean it goes away," Chaffetz told reporters on Monday, "so of course I'm going to continue to pursue that."

For his part, President elect Donald Trump indicated that he did not plan to target Clinton, telling CBS News' "60 Minutes" after the election, "They're, they're good people. I don't want to hurt them."  He later told the New York Times, "I think we have to get the focus of the country into looking forward."

"My job is not to be a cheerleader for the president," Chaffetz declared, indicating that his committee would do its job independently despite Republicans controlling both houses of Congress and the White House after January 20th.

The Utah Republican said that there were multiple questions for the committee to look into surrounding the Clinton email case -- beyond Clinton herself.

"There are a lot of other characters that were involved in this, we have to look at the FBI itself," Chaffetz said. As an example, Chaffetz pointed to senior FBI official Andrew McCabe who helped oversee the FBI investigation into Clinton's use of a private server. McCabe's wife- Dr. Jill McCabe who lost a race for a Virginia Congressional seat was given nearly $500,000 by a political action committee controlled by Clinton ally Virginia Gov. Terry McAuliffe.

Describing himself as "very intrigued" and "very concerned" about McCabe's role in overseeing the Clinton case, Chaffetz promised to pursue the issue "full throttle."