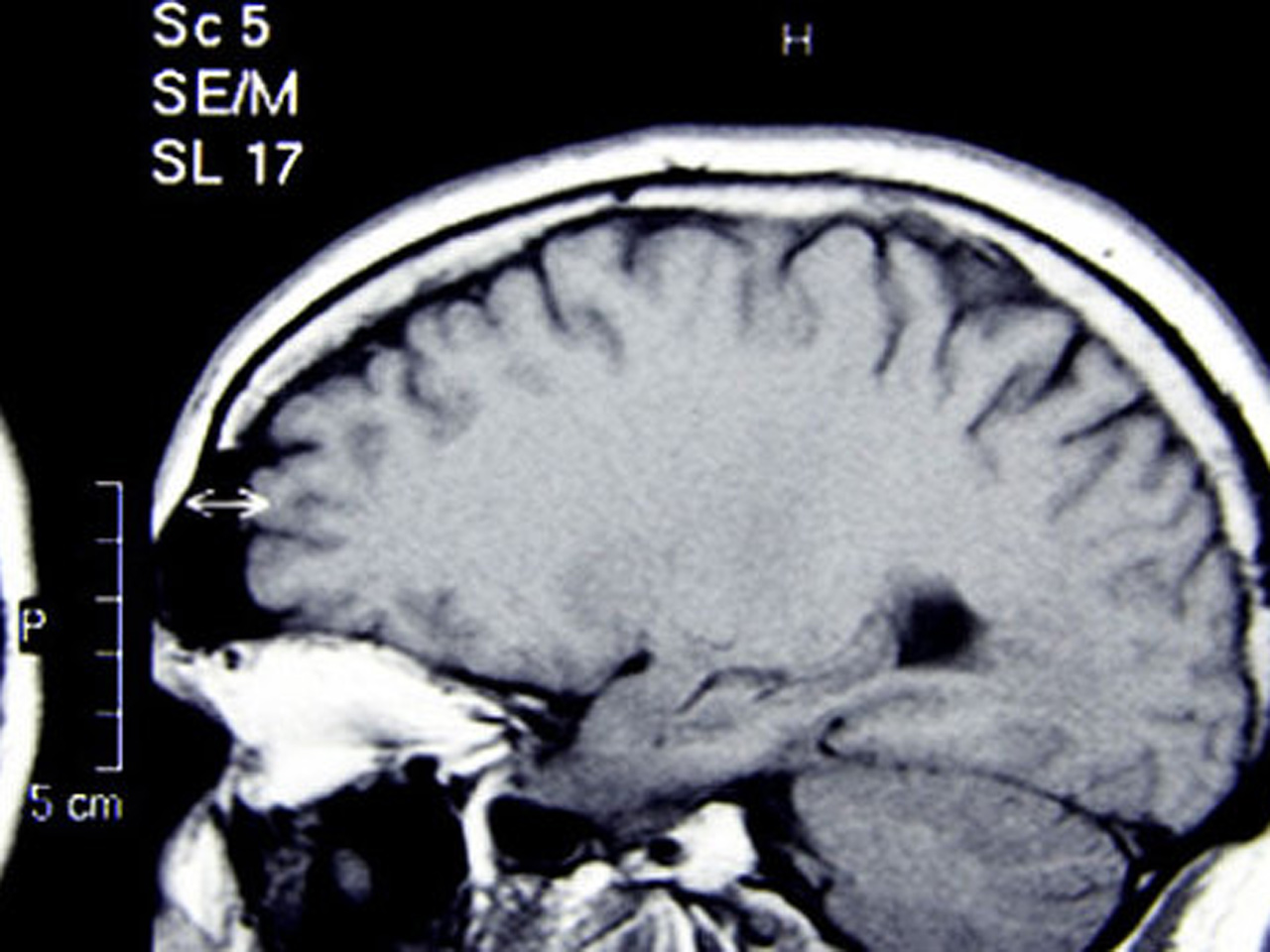 The link between concussions and long-lasting brain damage is one often brought up in the context of professional football players. A new study that looked at children's brains following concussions found troubling evidence that they too may experience long-term effects from the head injury, even after symptoms subside.

The research suggests that kids should be kept out even longer from sports after suffering a concussion, according to its author.

"These findings may have important implications about when it is truly safe for a child to resume physical activities that may produce a second concussion, potentially further injuring an already vulnerable brain," study author Dr. Andrew Mayer, a neuropsychologist at the Mind Research Network and the University of New Mexico in Albuquerque, said in a written statement.

The study -- published Dec. 12 in The Journal of Neuroscience -- involved 30 children between ages 10 and 17, half of whom experienced a recent concussion.

Researchers conducted cognitive tests and used advanced brain scans called diffusion tensor imaging (DTI) to compare the brains of 15 children who experienced a concussion within the past 21 days with the brains of 15 unaffected children.

The brain scans showed that children who had a concussion had differences in white matter compared to scans of healthy children. White matter in the brain contains nerve fibers and is covered in a fat called myelin, that affects how the brain processes information.

In addition to structural changes, kids who had suffered brain trauma also scored worse on cognitive tests. After following up with the children four months later, the researchers still saw the same white matter changes even though kids no longer had symptoms of a concussion. Mayer said the damage may be unique to children's brains.

Dr. Christopher Giza, a researcher at the Brain Injury Research Center at UCLA, said more studies are needed to determine whether the white matter changes represent the recovery process from a brain injury or reflect permanent damage.

The findings mark "an important step forward in our understanding of the effects of mild traumatic brain injury on the developing brain," said Giza, who was not involved in the research.

A study in the March 5Archives of Pediatrics and Adolescent Medicine also reported on persisting effects from mild concussions in children. That study found up to 20 percent of children who experienced mild concussions had symptoms such as forgetfulness and dizziness that lingered a year after their injuries. Most children had symptoms resolve within a few months.

Repeated blows to the head in professional athletes have been linked to a brain disease called chronic traumatic encephalopathy (CTE) that has been diagnosed in several athletes following their premature deaths.

Dr. Ann McKee, co-director of the Center for the Study of Traumatic Encephalopathy, told CBSNews.com in July that juveniles and adolescents appear to be "particularly susceptible" to head injuries because their brains are still maturing.

The Mayo Clinic also reports that if a child receives another blow to the head while the initial concussion is still healing, it could potentially cause fatal brain swelling. Parents who think their child is showing symptoms of a concussion should seek medical help immediately, according to the hospital.