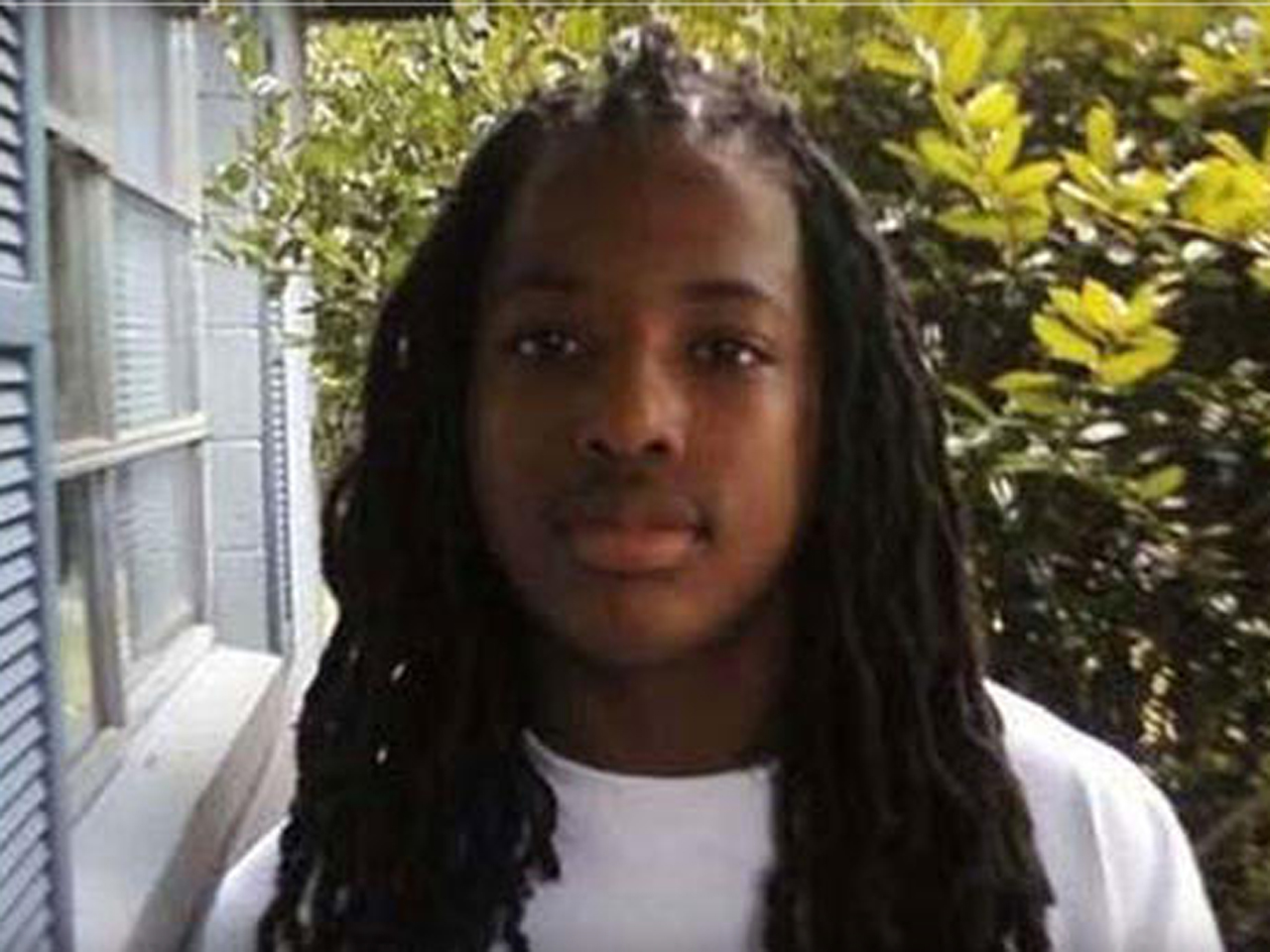 The parents of Kendrick Johnson, the Georgia teen found dead inside a rolled-up wrestling mat in his high school gym in January, filed a complaint Tuesday against the funeral home that handled their son's remains.

The complaint was filed with the Georgia State Board of Funeral Service against Antonio Harrington, the owner of Harrington’s Funeral Home in Valdosta, on behalf of Jacquelyn and Kenneth Johnson.

The 17-year-old Johnson was found dead January 11 inside a wrestling mat in his Valdosta, Ga. school gym. Authorities called his death a freak accident, saying he fell head-first into an upright mat and became trapped. The case was closed, but Johnson’s family insists he was killed.

A federal prosecutor announced in October he is reopening the case.

When a judge agreed to exhume Johnson's body over the summer, a private pathologist not only determined he died of blunt force trauma to his neck, but also that all of his internal organs, including his brain, were missing and his body had been stuffed with newspaper.

The Georgia Secretary of State currently has an open investigation into the funeral home that handled Johnson’s remains.

The complaint alleges that when confronted by Kenneth Johnson following the second autopsy, Harrington said he believed “one or two organs might have been missing” when the funeral home received the body. The complaint goes on to say that in a letter to the Johnson family’s attorney dated Oct. 4, 2013, Harrington said Johnson’s organs were “destroyed” and “discarded by the prosector” prior to the body’s arrival at the funeral home.

“We consider the mishandling of our son’s remains as a form of fraud…,” the complaint reads. “Mr. Harrington may have facilitated a cover-up as to the cause of our son’s death to the extent that the missing organs may have deprived our pathologists the means by which to determine how he may have died.”

Roy Copeland, the attorney for the funeral home, released a written statement to Crimesider in November saying that when the funeral home received Johnson’s body, the organs had already been removed.

He said Antonio Harrington was told by a death investigator with the Georgia Bureau of Investigation, which conducted the autopsy, that Johnson’s viscera, or internal organs, were disposed of during the autopsy due to decomposition. He also justified the funeral home’s use of newspaper to stuff Johnson’s body, saying it is in conformity with burial protocol.

Sherry Lang, spokesperson for the GBI, told Crimesider in November that in "every single autopsy [conducted at the GBI], the internal organs are returned to the body cavity."

A rally seeking justice for Kendrick Johnson is scheduled for Wednesday on the steps of the Georgia State Capitol.