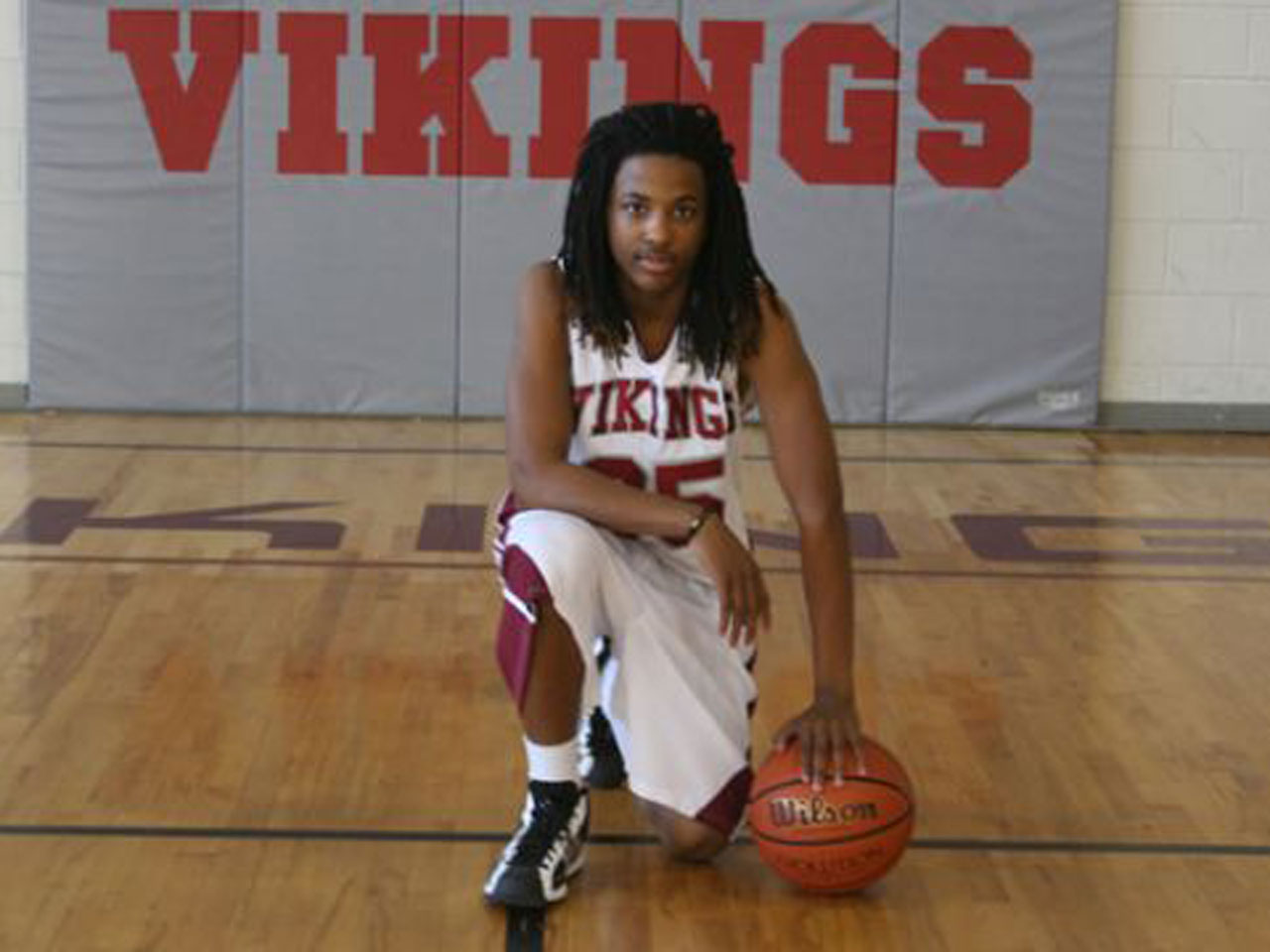 (CBS) - On January 11, 2013, 17-year-old Kendrick Johnson was found dead inside a rolled-up wrestling matin his Valdosta, Ga. high school gym. Authorities called his death a freak accident, saying he fell head-first into an upright mat and became trapped. The case was closed, but Johnson's family insists he was killed. A federal prosecutor has announced he is reopening the case.

But the mystery of how Johnson died is only one part of this bizarre story.

When a judge agreed to exhume Johnson's body over the summer, a private pathologist not only determined he died of blunt force trauma to his neck, but also that his organs were missing and his body had been stuffed with newspaper.How and why did this happen? Who is responsible? And could the strange state of the body affect further investigation of Johnson's death? It turns out, the answers to these questions are far from clear.

Despite some media reports that only two entities had custody of Kendrick's body after his death, CBS News' Crimesider has confirmed at least four entities - the Valdosta-Lowndes Regional Crime Laboratory, the Georgia Bureau of Investigation (GBI), a third-party transport company, and the Harrington Funeral Home - handled the teen's body.

On Jan. 11, the day the body was found, Lowndes County Coroner Bill Watson contacted Steve Owens from Owens Transport Company to conduct the removal and transport of Johnson's body to the Valdosta-Lowndes Regional Crime Laboratory, according to recently unsealed files pertaining to the investigation. The body would be stored in a cooler there until the GBI was ready to receive it to conduct the autopsy.

Three days later, on Jan. 14, Johnson's body was released again to Steve Owens for transport to the GBI in Macon, Ga., for the autopsy.

"When the body left the GBI, it had the organs with it," Lang said.

The GBI released the body to Owens Transport, which then transported the body directly to the funeral home, according to William Carter, the Lowndes County Deputy Coroner.

Crimesider reached out to Steve Owens, of Owens Transport, and left several messages which were not returned.

Crimesider also reached out to the Harrington Funeral Home, which directed all questions regarding the case to their attorney, Roy Copeland. In a statement in response to "several inquiries" about the case, Copeland wrote that when the funeral home received the body, the organs had been removed.

The statement cites a quote from Lowndes County Coroner Bill Watson who says: "In this case, the Viscera, which is the internal organs, were not sent back with the body for disposition. It was confirmed by Mr. Bryan, (a death investigator with the crime lab), who was present at the autopsy, that the viscera were disposed of due to decomposition of the same.'"

When contacted by Crimesider on Friday, Lowndes County Coroner Bill Watson first claimed he has no idea what happened to Johnson's organs.

"I don't know anything about that," Watson said. "What difference does it make? What does it matter to the case?"

When pressed, Watson confirmed that he stands by his statement to the funeral home that Rodney Bryan, a death investigator with the GBI, told him via telephone that the viscera were disposed of during the autopsy due to decomposition.

Crimesider reached Rodney Bryan via telephone Monday and attempted to question him about the alleged disposal of Johnson's organs, but he hung up on us.

Dr. Gregory Schmunk, the president of the National Association of Medical Examiners and chief medical examiner for Polk County in Des Moines, Iowa, told Crimesider he "very much doubts" the organs were disposed of during the autopsy.

Sherry Lang, spokesperson for the GBI, told Crimesider on Monday that Watson's "accounting of the conversation with Mr. Bryan is inaccurate and incorrect." She said Bryan was talking about "vitrious," fluid of the eye, and not "viscera," internal organs.

The written statement from Roy Copeland, on behalf of the funeral home, went on to justify the business's use of newspaper to stuff the body, saying it is in conformity with burial protocol.

Despite Copeland's assertion, Sharon Gee, Vice-President of the American Society of Embalmers says, stuffing a body with newspaper is "not common practice at all." Gee said she has never heard of newspaper being used for that purpose.

NYPD detective worked to change system she says let her down