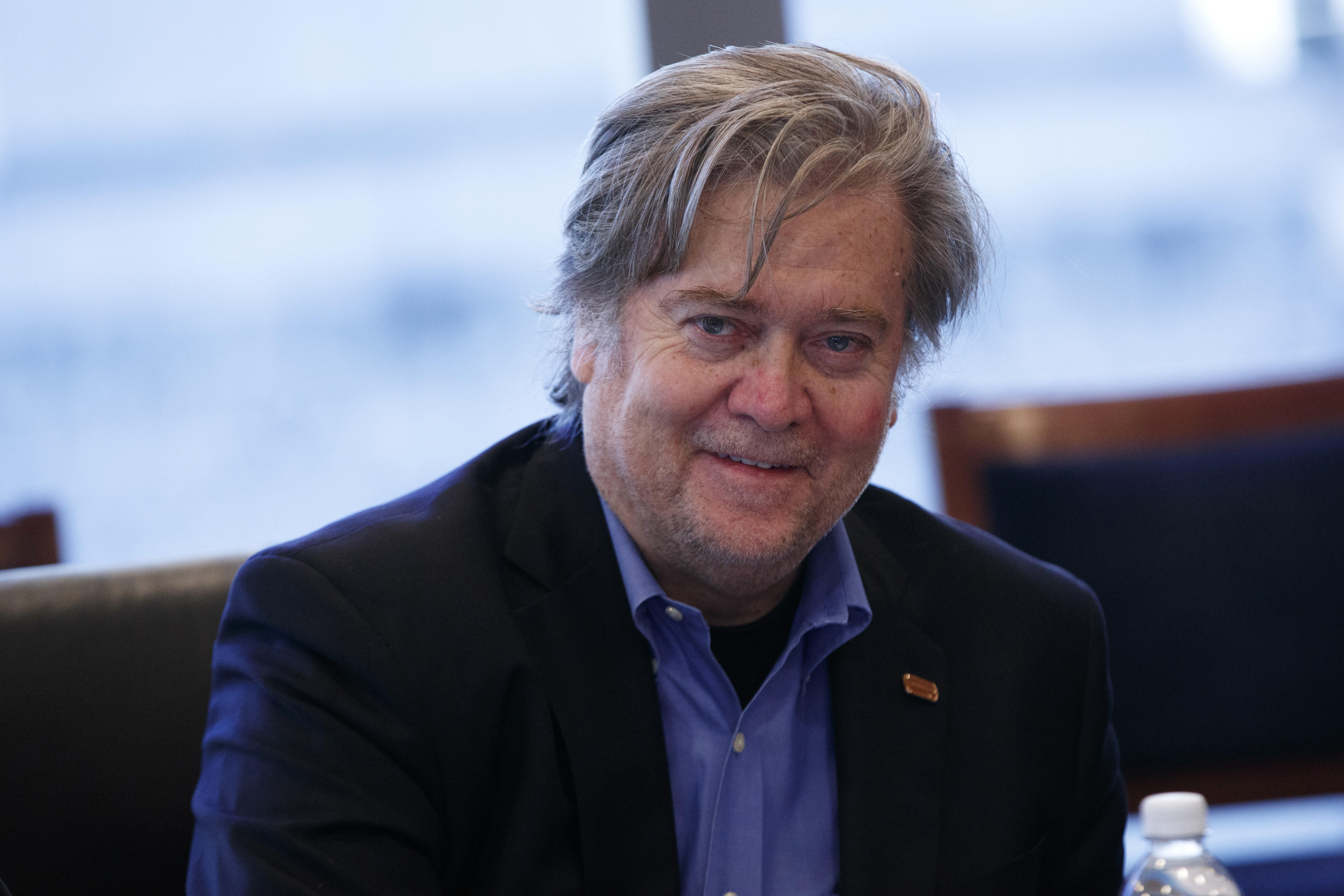 I first heard about the white nationalist Richard Spencer a couple years ago over drinks with some wonky right-wing types. He was an obscure figure then, back before the alt right became a widely recognizable phrase and The New York Times was covering his rallies. But among a certain set of young conservatives in Washington, Spencer was both well known and despised.

Their theory went that Spencer was infiltrating the mainstream center-right with his agents. He was trying to hijack movement conservatism and reinvent it in his own image, I was told. His supporters were already getting think tank jobs and editing gigs at conservative publications. In response, a small effort began to find the Spencerites, name them, and purge them from Washington’s vast conservative apparatus.

This all struck me as a bit far-fetched at the time. But here we are, in 2016, and Spencer is suddenly everywhere. Dozens of reporters attended his annual white nationalist confab in Washington over the weekend, which he ended by shouting, “Hail the people! Hail victory!” to rapturous cheers and Nazi salutes.

The press attention is, of course, really all about Donald Trump and his top aide, Steve Bannon. The president-elect has disowned support from racists like David Duke, but Spencer and company still see Trump as an “icebreaker” for their views, to borrow the term he used when I interviewed him last year.

“What I think [Trump has] done is that he’s delegitimized—and I think he’s to a degree he’s humiliated – mainstream conservatives, the elite of the GOP, and certainly the kind of fuddy-duddy conservative movement types, the National Review,” Spencer told me at his big Washington confab last year, which drew a total of only three reporters, myself included.

“He’s delegitimized them, he’s humiliated them, and I think that opens a space for someone else… it’s not so much Trump per se. It’s not like we think he’s going to save the world. It’s like we finally felt like we’re breaking through, that something’s breaking out, and what comes after Trump is going to be interesting.”

What does Spencer want to come next? A note about definitions here: Spencer is a real, true white nationalist, which means he wants the creation of a whites-only ethnostate somewhere in North America. For that to happen, he wants the United States to break up into smaller states like the Soviet Union did. This is what real white nationalists like Spencer believe, what they’re fighting for, and what they want to happen.

Using a loaded term like “white nationalist” loosely, as a number of publications didwhen Bannon was appointed Trump’s White House strategist, takes away its force, and probably works to the benefit of genuine articles like Spencer. It’s hyperbole that helps the real white nationalists, who want you to think they’re more powerful and popular than they really are.

But Bannon does have some things to answer for that appeared on Breitbart, the website he ran until he joined the Trump campaign over the summer. In particular, he ought to address a long apologia for the alt right Breitbart published last March, one co-authored by the conservative provocateur Milo Yiannopoulos.

The article, “An Establishment Conservative’s Guide to the Alt-Right,” states that the alt right is not some kind of racist of white nationalist movement, and then notes Spencer’s role in it: “The media empire of the modern-day alternative right coalesced around Richard Spencer during his editorship of Taki’s Magazine. In 2010, Spencer founded AlternativeRight.com, which would become a center of alt-right thought.”

Curiously, Spencer’s own white nationalist views go without mention even as Yiannapoulos lauds him as the intellectual godfather of the alt right movement.

That’s because Yiannpoulos’ thesis is that what the alt right does is all in good fun, sophisticated trolling for a noble cause. “Just as the kids of the 1960s shocked their parents with promiscuity, long hair and rock’n’roll, so too do the alt-right’s young meme brigades shock older generations with outrageous caricatures, from the Jewish ‘Shlomo Shekelburg’ to ‘Remove Kebab,’ an internet in-joke about the Bosnian genocide,” Yiannapoulos wrote.

That name there, “Shlomo Shekelburg,” is where the article truly jumps all known sharks. Google it, if you’re so inclined, and you’ll see a hideous anti-Semitic caricature of a rabbi that looks like it was plucked from the pages of Der Sturmer. It’s anti-Semitic hate speech, pure and simple. And it’s hate speech Bannon’s Breitbart happily defended.

And unlike much of what appeared under Yiannapoulos’ byline, this defense of hate speech and whitewashing of what Spencer stands for cannot be dismissed as an attempt at satire. It’s a serious piece, one that attempts to excuse hate speech and Spencer.

Liberals can be a bit lazy when trying to connect Republicans to racism. David Duke or Stormfront or Richard Spencer saying nice things about a political figure doesn’t necessarily mean that political figure is racist.

Along those lines, I think some of the recent hits on Bannon have been unfair. The worst Breitbart headlines I’ve seen have been obvious attempts at trolling, tongue-in-cheek articles designed to get a reaction from the left -- things like Yiannopouls’ “Birth Control Makes Women Unattractive and Crazy.” It’s juvenile and sometimes hateful stuff, sure, but not enough to conclude that Bannon is some sort of Nazi. And there’s no evidence he supports Spencer, either.

But Bannon, who has bragged that Breitbart “is the platform for the alt-right”, also published a piece seriously defending that movement’s worst excesses. Countless journalists who are Jewish have been the recipient of “Shlomo Shekelburg” cartoons at this point, and it’s worth asking Bannon if he believes that’s all in good fun.

It’s true that publishers can’t be held responsible for every opinion they run, but Yiannapoulos’ piece was essentially the moment Breitbart signed up with the rest of the alt right. It was read as having the force of a sanctioned editorial.

And it’s worth asking Bannon about Spencer, the man his publication celebrated as the leader of a movement Bannon has embraced. What does he think of him? Does he disavow him completely? Bannon might plead ignorance, but don’t believe it -- he’s no dummy, and Spencer is a guy conservatives have known about for along time.

It still sounds paranoid, the idea that Spencer could capture conservatism. But it also feels less far-fetched than it used to be.

The House has voted to hold Bannon in contempt. Here's what happens next.
Will Rahn