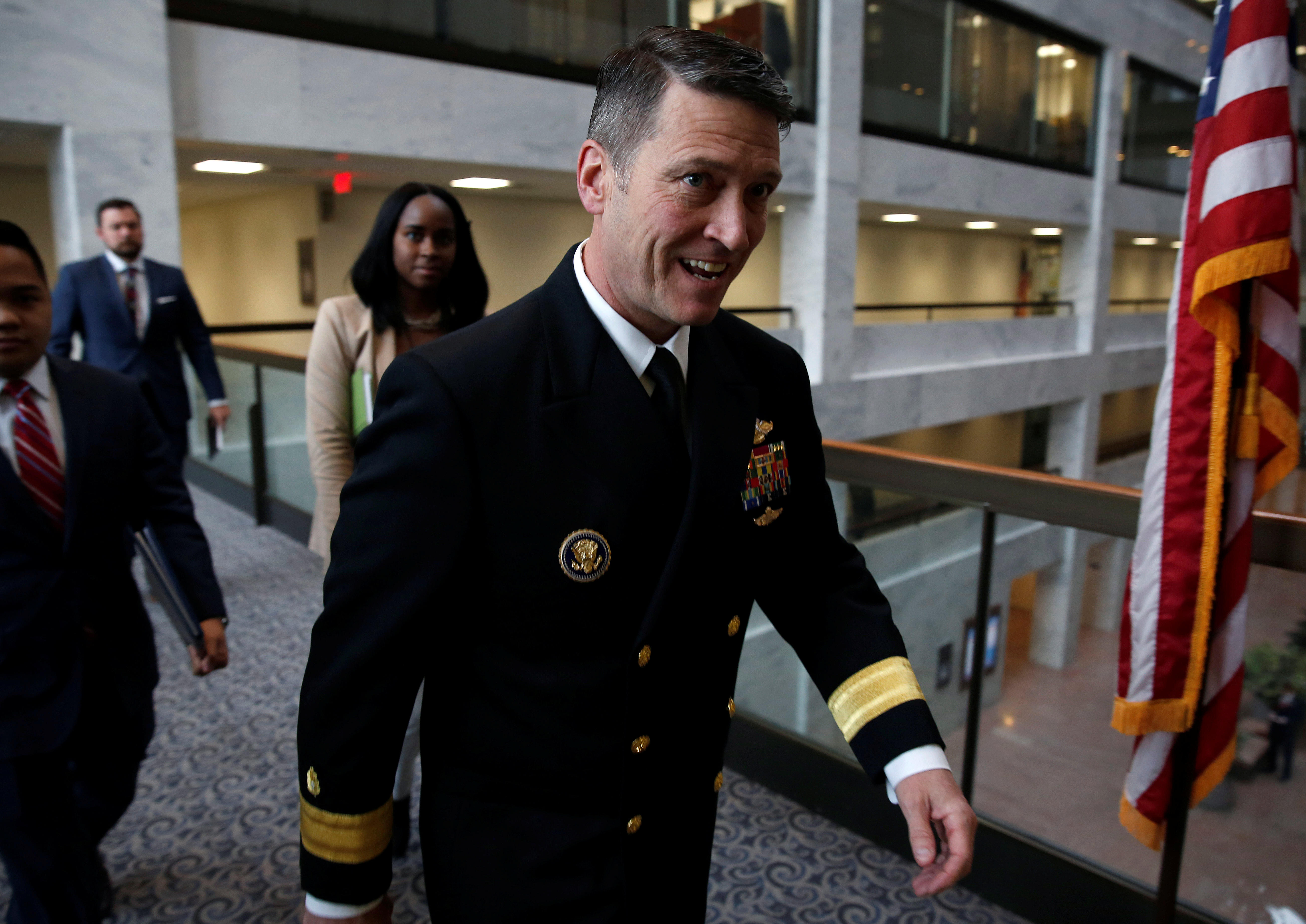 In the wake of Donald Trump's election, the narrative from liberals and #NeverTrumpers was, as New Yorker editor David Remnick put it, "Don't Normalize Donald Trump."  He had to be treated, not as just another politician we didn't like, but as a virus to be purged from the body politic.

Two years later, his opponents haven't exactly succeeded. It's true they haven't normalized him. But they've become him.

Democrats who bemoaned Trump's brutish and uncivil behavior are now mimicking it.  Republicans who should be pulling him toward conservative principles have abandoned their own and jumped on the bandwagon. And you can see the results in the case of Ronny "Candyman" Jackson.

My non-political friends ask me why President Trump would pick the White House physician for a cabinet post like veterans' affairs in the first place. I remind them that he's proposed having his personal pilot take over the Federal Aviation Administration, and that his chief Middle-East peace negotiator is his real-estate-salesman son-in-law.  In other words, "because Trump."

They seem satisfied with my answer.

Why my political friends and I puzzle over is the behavior of all the people around him who should know better.  When a president says "Hey, I'm gonna make my doctor the head of the VA," the correct response from GOP senators would be to have a serious conversation with him about votes: "You need them, we've got them, and this guy ain't gettin' them."

This is hardly unprecedented. In 2005, Republican George W. Bush announced he was nominating his close friend—and White House counsel—Harriet Miers to fill the seat on the U.S. Supreme Court being vacated by Sandra Day O'Connor. It quickly became clear to Republican senators that whatever her merits as a pal or party loyalist, she was far from suited to sit on the highest court in the land. They made those views known to the president, and eventually her nomination was withdrawn. Samuel Alito became a Supreme Court justice instead. A win-win.

Ronny Jackson, on the other hand, is a lose-lose. Whether or not you believe the stories of drunken door-pounding and missing percocet, he's not an impressive nominee.  Trump is picking a fight that, from a policy and leadership position, just isn't worth having. Dump this guy and pick someone else. That's what Republican senators should be telling their president.

But, Republicans ask, why should they?  After all, look how Democrats are treating quality nominees like Mike Pompeo. His nomination's fate is in the hands of a couple of red-state Democrats who are bucking their party to support a nominee who, under any other president, would be approved in a landslide.  Instead, every Democrat on the Senate Foreign Relations Committee voted against Pompeo (except for a vote of "present" by Sen. Chris Coons), even after he'd already begun the groundwork for the coming Trump/Kim summit.

Why? "Because Trump." Trump nominated him, so he must be opposed. Ironically, this is the sort of simplistic "us vs. them" politics many Democrats claim makes Trump so problematic. What happens if Democrats had succeeded in blocking Pompeo—what then? It's hard to imagine Trump picking a nominee Democrats would like better. So, then America just wouldn't have a secretary of state chosen by the president? How self-destructive. How self-indulgent. How…Trump.

When Democrats treat a Mike Pompeo like he's a Ronny Jackson, they take away any incentive for President Trump or the Republicans to pick qualified candidates. If the media are going to trash every nominee, then why shouldn't Trump make his limo driver the next secretary of transportation?

The White House has announced it's going to mount a full-throated defense of Dr. Jackson, and officials are reminding anyone who will listen that his previous boss, Barack Obama, thought he was doing a great job ("Impressive— Promote immediately!"). And the GOP, along with the usual suspects in conservative media, are lining up to wage battle on Jackson's behalf, against Democrats who are prepared to destroy him.

Once again: Why? Why all this time and effort on such an unimpressive pick? Because we're all operating under Trump's rules: Forget principles. Forget ideology. Forget that we need a government that actually functions. Just win today's news cycle at all costs.

The nomination antics may be a premise for a reality TV show, but it's a lousy way to run a country.