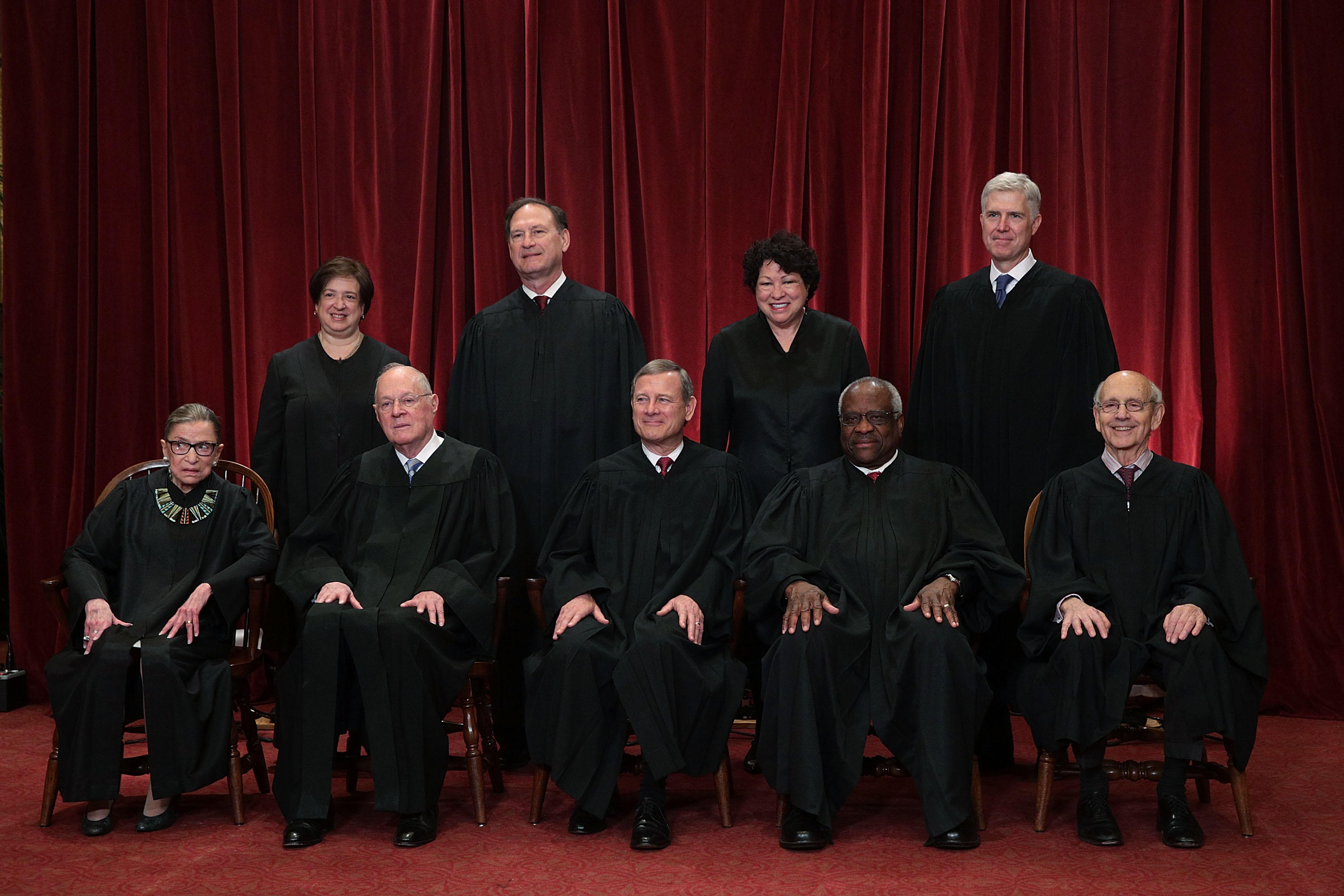 Assuming Brett Kavanaugh is confirmed for the Supreme Court, which, based the Left's voluble wailing appears to be a lock, Donald Trump will have appointed two justices before he's even halfway through his first term. And with two liberal justices in their 80s (Justice Ginsburg is 85, Justice Breyer turns 80 on August 15), the possibility looms that President Trump could appoint a third of the court's members even if he serves just a single term.

Given the trend of appointing younger and younger justices, it's likely that Trump's judicial legacy will be felt for another 20 or 30 years. Not surprisingly, this has sparked a backlash from the Left: a call for term limits on the Supreme Court.

Though Americans have supported the idea for years, it's never been a cause championed by the Left. Until now.

Ezra Klein at the uber-liberal website Vox.com has discovered the advantages of term limits for the high court.

"Why It's Time to Get Serious About Supreme Court Term Limits" is the headline at the Washington Post.

And over on the op-ed pages, Yale University liberals Ian Ayres and John Fabian Witt write that Democrats "ought to consider ending the lifetime terms of Supreme Court justices."

"A statute might designate all future Supreme Court seats as 18-year terms, with justices sitting on the court by designation, followed by life tenure on the lower federal bench. The vagaries of justices' deaths and retirements should not throw American democracy into tumult," they write.

In a recent Chicago Tribune op-ed, liberal attorney and Watergate scholar James Robenalt joined in, bemoaning that "Trump has a solicitous Senate majority and can ram through his nominees…There is effectively no check on what he can do."  Therefore Robenalt suggests a wholesale review of service on the highest court.

"Term limits, reconfirmation proceedings every eight years, and age limits — all are viable and rational ideas. It may be time for a constitutional amendment," Robenalt said.

The reaction to all this from the Right is to quote that great American legal scholar, Bruce Willis, from the movie "Die Hard:" "Welcome to the party, pal."

Conservatives have argued in favor of Supreme Court term limits for years, regardless of which party was in power.

In 2006, when Republicans had control of both the White House and Congress, legal scholars Steven Calabresi and James Lindgren released an influential paper entitled "Term Limits for the Supreme Court: Life Tenure Reconsidered."

Calabresi is a conservative's conservative. He served in the Reagan and Bush administrations and co-founded the Federalist Society, the conservative legal group that's helped guide Trump's judicial appointments.

In their paper, Calabresi and Lindgren report that, from 1789 to 1970, Supreme Court justices served an average of about 15 years and there was a vacancy every two years or so. "For those Justices who have retired since 1970, the average tenure has jumped to 26.1 years," they said. "Because of the long tenure of recent members of the Court, there were no vacancies on the high Court from 1994 to the middle of 2005."

Their suggested solution? Term limits. "A system of staggered, eighteen-year term limits for Supreme Court Justices…whose terms would be staggered such that a vacancy would occur on the Court every two years."

This approach has long had fans on the Right. Texas Gov. Rick Perry made it part of his 2012 presidential race platform. Scholars at the conservative American Enterprise Institute like the idea, and conservative media figures like Mike Huckabee and Mark Levin back term limits, too.

However, while the Right and the Left may be on the same page regarding term limits for SCOTUS judges, their motives are miles apart. The argument from the Right has been that the court has too much power and too frequently operates as an unelected legislature.  As a result, every appointment is a political fight to the death, focused almost entirely on the ideological impacts of the future, rather than the resume and legal reasoning of the nominee today. Knowing that there will be a new vacancy on the court every two years will reduce the political rancor and, conservatives hope, pare back the politics that have infected the one branch of government that is supposed to be beyond partisanship.

Ending life tenure for SCOTUS justices would also promote the "consent of the governed" many conservatives have advanced, as opposed to the "angels to govern us" approach rejected by Thomas Jefferson as a form of judicial tyranny.  Some conservatives like Sen. Ted Cruz have even proposed "judicial retention elections" that would allow a popular vote on the performance of each Supreme Court justice.

This is not the view of the newly-minted term-limit fans on the Left. Their support for limiting terms on the court is found in conversations that also include proposals to "pack" the Supreme Court with a new liberal majority when Democrats take power again. In other words, their focus isn't the process, it's the president. Supreme Court term limits are just another part of the Trump #Resistance.

The good news for Americans — who overwhelmingly support term limits for Supreme Court justices today — is that, regardless of their motives, the left and right are in agreement on this fundamental reform. Most scholars agree that imposing these limits would require a Constitutional amendment, a long and arduous process. But with partisans on both sides pushing in the same direction, term limits for the Supreme Court could become the most significant, if unintended, reform of the Trump era.