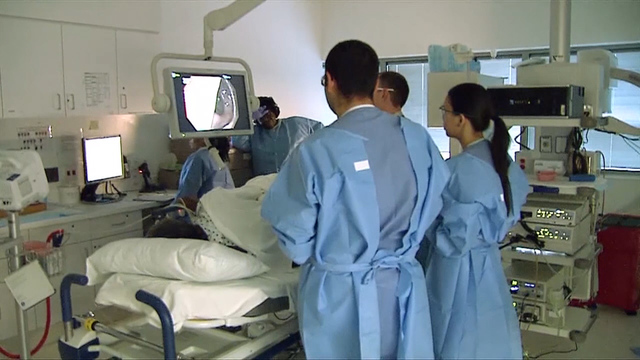 Colorectal cancer rates have been declining overall in the United States since the mid-1980s, but certain age groups are seeing a concerning rise in cases, according to new research.

The study, led by scientists from the American Cancer Society, highlights a “curious” increase colorectal cancer rates in millennials and Generation Xers, including people in their early 50s.

Compared to people born around 1950, those born in 1990 have double the risk of colon cancer and quadruple the risk of rectal cancer, according to findings published in Journal of the National Cancer Institute.

“We’ve known for some time that there’s been a lot of progress against colorectal cancer,” lead researcher Rebecca Siegel of the American Cancer Society told CBS News. “This is largely driven by rates in older people who are more likely to be diagnosed with cancer and a lot of it is because of the uptick of screening. But it’s also been assumed that the underlying risk for this disease was also declining.”

However, several studies have come out in recent years indicating that colon cancer rates are increasing in people under the age of 50. “We wanted to take a deeper dive into these trends,” Siegel said.

For the latest study, she and her team analyzed data from more than 490,000 cases of colorectal cancer in patients aged 20 and older from 1974 through 2013. They used what’s called “age-period-cohort modeling,” a tool designed to disentangle factors that influence all age groups, such as changes in medical practice and procedures, from factors that vary by generation, such as changes in behavior that may affect health.

The results showed that after decreasing since 1974, colon cancer incidence rates increased by 1 to 2 percent per year from the mid-1980s through 2013 in adults ages 20 to 39.

Conversely, in adults 55 and over, rates of rectal cancer have generally been declining for at least 40 years, even before widespread screening.

Furthermore, “trends in young people are a bellwether for the future disease burden,” Siegel said.

The study was not able to determine the reasons for rise in colorectal cancer rates in these age groups, but Siegel notes that the increase coincides with the rise of the obesity epidemic.

“Obesity raises the risk of colorectal cancer, but if that were the sole cause, then we wouldn’t expect to see it until 10 to 20 years after obesity gained momentum. But that’s not what we see,” she said. “We see that these trends are in parallel.”

The researchers therefore believe that the same factors that led to the obesity epidemic, including less healthy eating and more sedentary lifestyles, have also contributed to the rise of colorectal cancer in these populations.

In light of the findings, the authors say it may be time to consider changing the guidelines for the age to start routine screenings for colon cancer. Current recommendations call for screenings starting at age 50 for people at average risk.

Siegel said she hopes young adults and their doctors will be more vigilant in recognizing the signs of colorectal cancer.

“If you’re young or even if you’re in your early 50s, if you have symptoms consistent with colorectal cancer like blood in the stool, abdominal cramps, changes in bowel patterns, go to your doctor and insist that they follow up,” she said. “You probably don’t have cancer, but let’s find out if you do.”