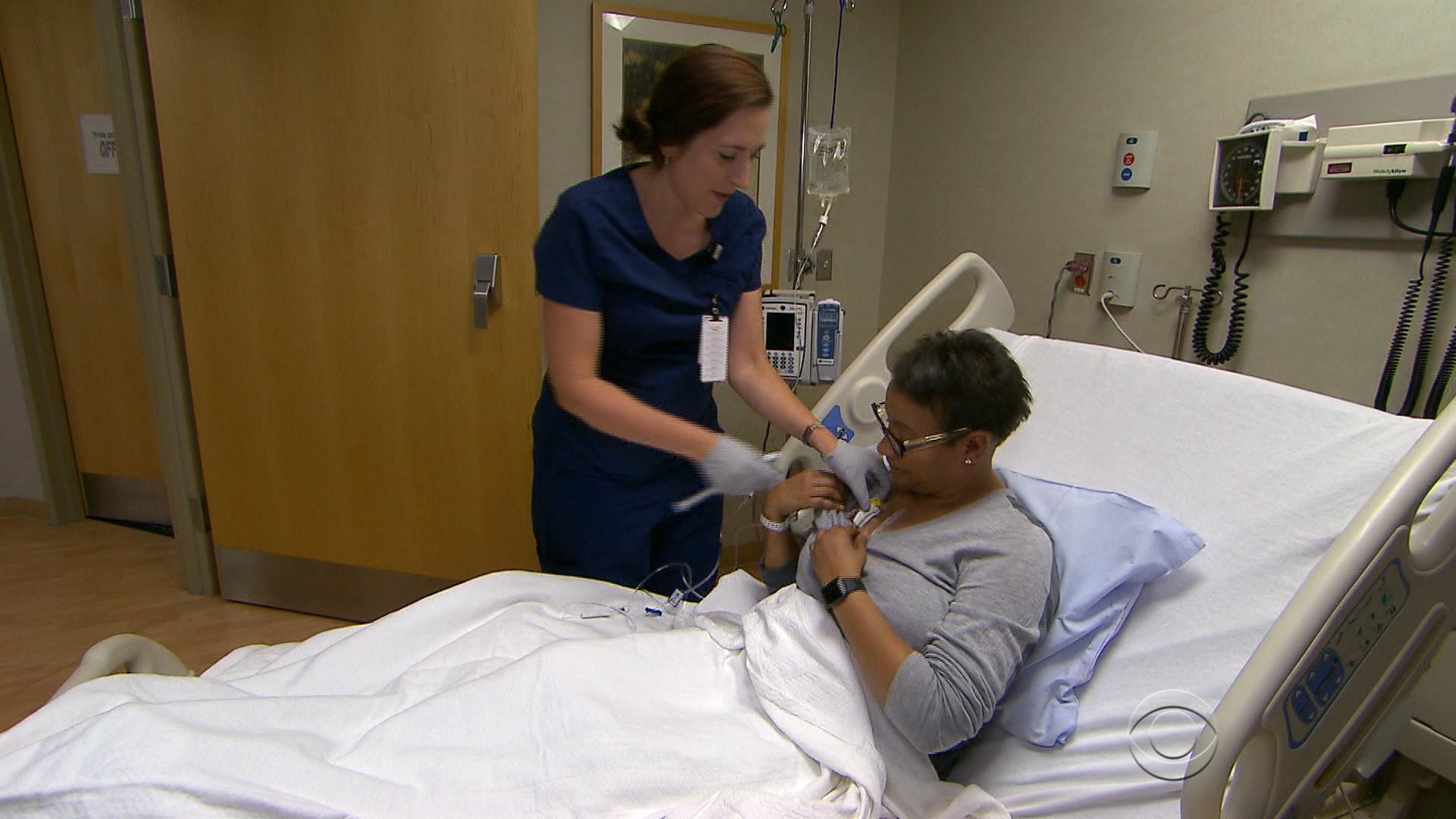 A study out Tuesday helps answer a question that has troubled oncologists.

Why do some patients with colon cancer survive longer than others?

Two years ago, at 48 years old, Lisa Glassco had surgery for what was thought to be an early stage colon cancer.

"It had actually spread across my body, so at that point they staged it stage 4 colon cancer, not in the terminal sense, but the fact that it had moved," she said.

She had six months of chemotherapy, but earlier this year, the cancer returned, prompting another round.

"The side effects are hitting me a little bit harder than they did last year," Glassco said.

Her cancer had started on the right side of the colon -- a location that can be more deadly.

Dr. Richard Goldberg is an oncologist with the Ohio State University Comprehensive Cancer Center and is a co-author of the study.

"This data shows that we ought to be thinking differently about patients depending on where their cancer arose," he said.

Patients with cancers on the right side tend to have fewer early symptoms and are often diagnosed later. One reason -- benign right-sided polyps can be harder to spot during a colonoscopy.

Many polyps are obvious, like one that looks like a mushroom. But polyps on the right side tend to be flat, increasing the odds of being missed and eventually turning into cancer.

"When I go to clinic next time, I'm going to be thinking right side? Left side? Different treatment," said Dr. Goldberg.

Tuesday's study suggested certain types of chemotherapy may be more effective with colon cancer starting on the right side than the left. That may be especially relevant for African Americans, who are more likely than whites to have right-sided colon cancer, and less likely to survive.