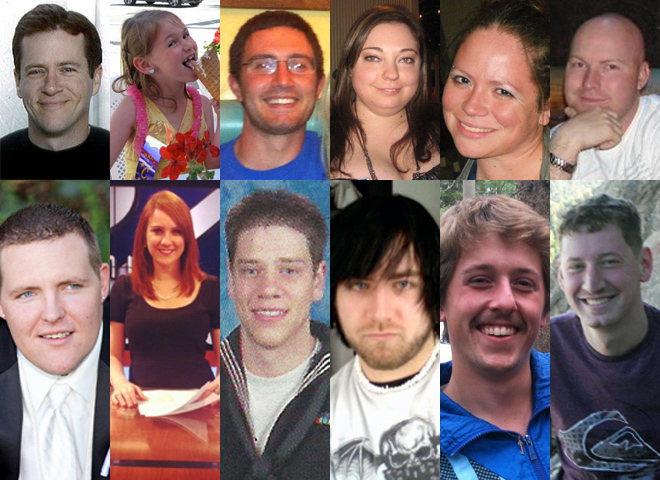 (CBS) As soon as America knew the name of the man who allegedly opened fire in a Colorado movie theater Friday, the brother of Jessica Ghawi, one of the victims of the massacre, asked us to forget it.

"I don't want to media to be saturated with the shooter's name," Jordan Ghawi told Anderson Cooper.

It was a powerful argument, and when he and the other victims' families met with President Obama over the weekend, Ghawi reported on Twitter that the president had promised not to speak the name "James Holmes." On Sunday, Ghawi tweeted that he had received word that the White House press secretary "will not utter the name of the suspect who committed this act."

But how should the media respond?

"Journalists report the who, what, when, where, why, how," says Al Tompkins of the Poynter Institute, a Florida-based journalism school.

"Politicians can do what they want to do but that's not a guide for us. Our job is to report who was arrested, how they did what they did - all of that is a legitimate function of journalism."

Jack Levin, a professor at Northeastern University who has studied media coverage of crime, agrees, but says that what the media can do is avoid lavishing "excessive attention" on perpetrators.

"So-called 'normal' motives for murder are things like jealousy, revenge. We don't normally think of power," says Levin. "People who want to be a big-shot, be a celebrity. And unfortunately, we give them what they want."

Levin points to Seung-Hui Cho, the man who killed 32 people at Virginia Tech in 2007. During the massacre, Cho went to the post office and mailed a package containing photos and video of himself posing with weapons to NBC News.

"Those photos portrayed him as a dangerous figure who you couldn't afford to ignore or bully," Levin says. "I think the idea of going down in infamy is appealing to someone who might think of himself as a loser."

Levin was the lead author on a 2005 study of People magazine covers from 1977-1998 which found that in the early 1990s, the magazine, which previously featured mostly movie stars and musicians, started choosing people like Amy Fisher, the Long Island teen who shot her lover's wife, Jeffrey Dahmer, the Milwaukee serial killer and David Koresh, the Texas cult leader, to grace its cover.

"We more recently...heaped attention - perhaps inordinate attention -on the 'accomplishments' of rapists, child abusers, drug addicts and murderers," wrote Levin in the Internet Journal of Criminology.

The study quotes former People magazine editor Richard Stolley who, in 1977, reportedly said, "We haven't changed the concept of the magazine; we're just expanding the concept of star."

It makes sense, of course, that Ghawi would not want the man who wrought such menace to be considered a "star." Levin and Tompkins both told Crimesider that the media should report on Holmes and his crime, as well as the investigation into his motivations and methods, but there are ways to do it that don't feed into the idea of him as a celebrity.

Reporters, says Tompkins, should avoid labels like "loser" and "mysterious," and should not create monikers for criminals, like "Son of Sam" or, in Holmes' case, "The Joker," or "Batman Killer."

"We can treat this as news, not entertainment," says Levin.

Complete coverage of the Aurora shooting on Crimesider