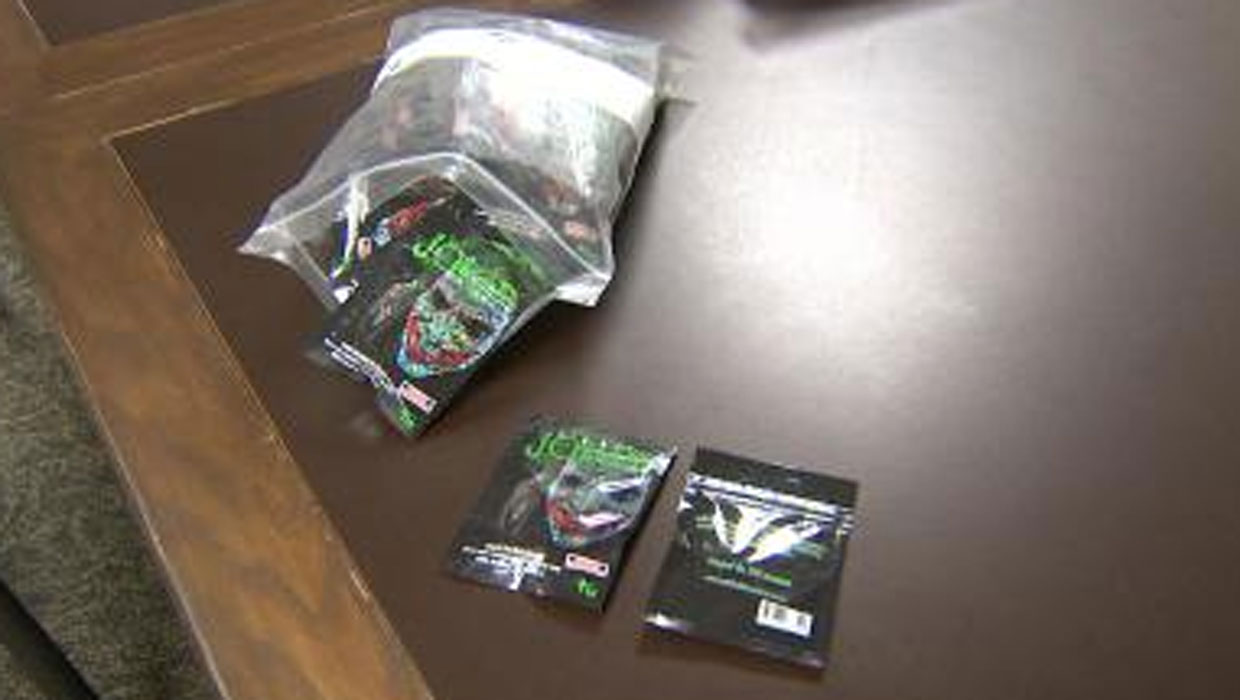 Synthetic marijuana "can have an effect that ranges from just being a little high and happy to running naked down the street, not knowing what's going on," Dr. Eric Lavonas of Denver Health Medical Center told CBS Denver.

According to the station, two employees in the Denver Crime Lab were transferring synthetic marijuana powder from a bag to a container when the bag burst open and the powder flew into the air.

"They were trying to transport it possibly from one container to another and basically inhaled it," Ron Hackett with Denver police said.

Fire crews contained the powder. The employees -- a city worker and a metro state intern -- were taken to Denver Health complaining of shortness of breath.

Lavonas says synthetic pot is similar to marijuana in name only.

"These spice chemicals have as much to do with marijuana as a cup of coffee does to crystal meth," he said. "They hijack the parts of your brain that marijuana works on but they do it 1,000 times more."

Lavonas says spice can cause hallucinations and seizures. A recent batch sent several people to the hospital.

"A number of people wound up in intensive care, one or two probable deaths from that. This is not something to be taken lightly," he said. "Some cases a small amount can be really dangerous."

Both workers are expected to recover. Right now there are no plans to change any protocols at the crime lab.