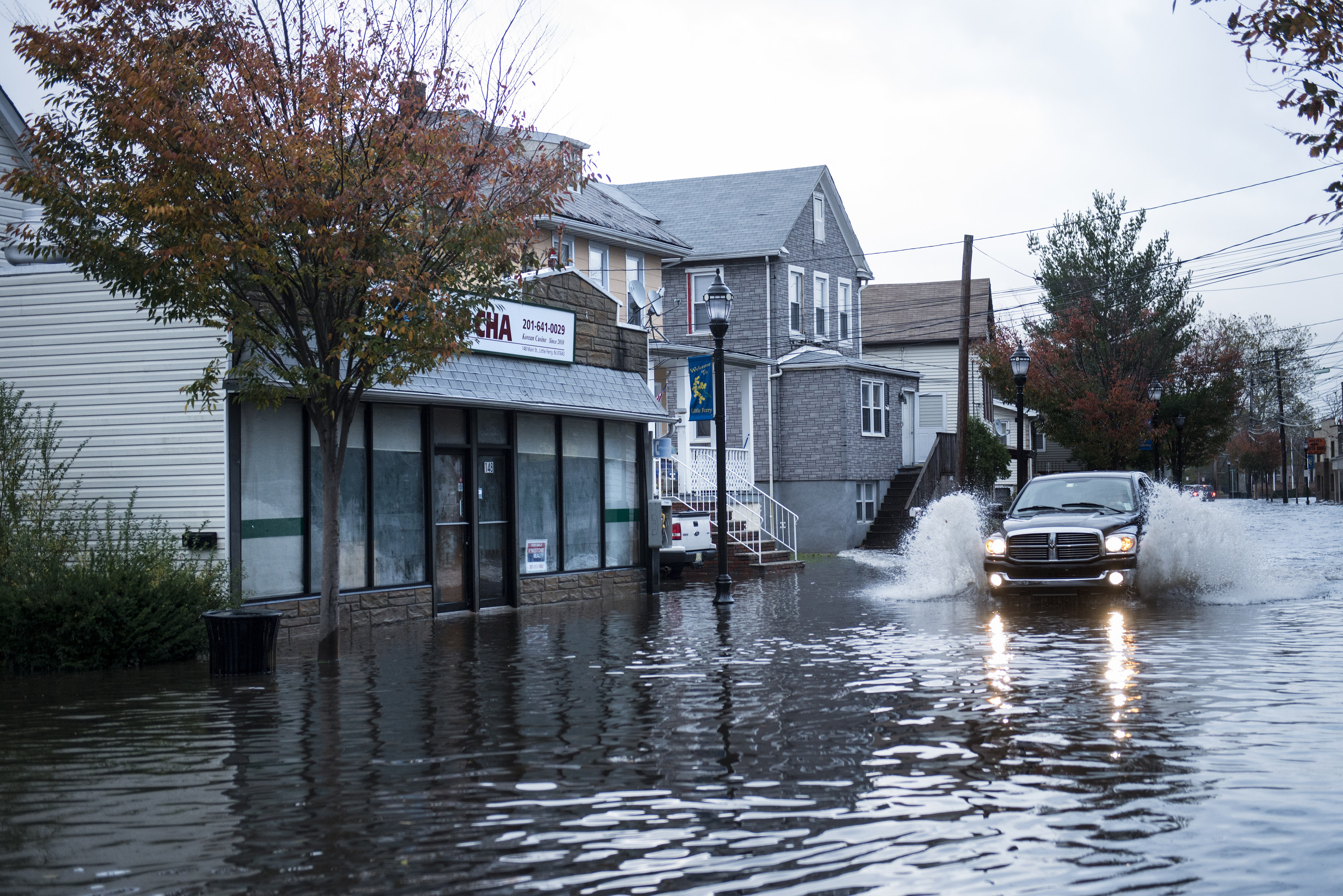 If you plan to be living in New York or San Francisco a few decades from now, it might be a good idea to purchase a boat.

A new study released Thursday found a majority of U.S. coastal areas will likely be inundated by 30 or more days of flooding a year by 2050. The worsening flooding is blamed on rising sea levels around the world that have been linked to global warming.

The researchers found that the flooding in these areas is already five to 10 times more likely than it was 50 years ago, and it's likely to get much worse.

"Coastal communities are beginning to experience sunny-day nuisance or urban flooding, much more so than in decades past," said William Sweet of the National Oceanic and Atmospheric Administration, a co-author of a study which appeared Thursday in Earth's Future, a journal of the American Geophysical Union.

"This is sea level rise. Unfortunately, once impacts are noticed, they will become commonplace rather quickly," he said. "We find that in 30 to 40 years even modest projections of global sea level rise ... will increase instances of daily high tide flooding to a point requiring an active, and potentially costly, response."

Using 50 years of data from NOAA's tidal gauges and estimates of sea levels rising one-and-a-half to four feet by 2100, the researchers estimated that cities along the Mid-Atlantic, Pacific and Gulf coasts will, by 2050, be in store for an annual 30 or more days of floods reaching upwards of 2 feet.

They singled out a number of cities likely to be the hardest hit: New York City, Philadelphia, Baltimore, Washington, D.C.; Norfolk, Virginia, and Wilmington, North Carolina in the East; Galveston Bay and Port Isabel, Texas on the Gulf; and San Diego/La Jolla and San Francisco in the West.

The study does not include the Miami area because Hurricane Andrew destroyed NOAA tide stations in the area in 1992. Thus, a continuous 50-year data set for the area does not exist.

The graphic below, from the study, shows the number of flooding days rising dramatically in the years since 1920 for more than two dozen coastal cities.

"The importance of this research is that it draws attention to the largely neglected part of the frequency of these events. This frequency distribution includes a hazard level referred to as 'nuisance': occasionally costly to clean up, but never catastrophic or perhaps newsworthy," said Earth's Future editor Michael Ellis, Head of Climate Change Science at the British Geological Survey in Nottingham, United Kingdom.

The study comes as 2014 is shaping up to be the hottest year on record due to global warming. The U.N.'s Intergovernmental Panel on Climate Change this year said as much, asserting climate change is happening and is almost entirely human-caused. The panel said limiting its damage will require cutting emissions to almost zero by 2100.

The effects of climate change are starting to pile up, with cities in the United States and around the globe feeling the impact.

Tidal flooding is expected to get significantly worse in the next 15 years in Miami while the storm surges of Hurricane Sandy may have been worse due to global warming. A separate study in the December issue of the journal Climatic Change predicted that nearly 30 cities from Texas to Maine would become more vulnerable to blackouts due to future hurricanes. Among those are New York, Philadelphia, Atlanta and Jacksonville.

"If I'm mayor of Miami, we know about hurricanes, we know about outages and our system has been adapted for it," said Seth Guikema, an associate professor at John Hopkins University department of geography and environmental Engineering. "But if I'm mayor of Philadelphia, I might say, 'Whoa, we need to be doing more about this.'"

A 2012 survey by the Massachusetts Institute of Technology and a group called Local Governments for Sustainability found that 74 percent of American cities had perceived changes in the climate and that 59 percent were pursing some kind of adaptation planning.

"As communities across the country become increasingly vulnerable to water inundation and flooding, effective risk management is going to become more heavily reliant on environmental data and analysis," Holly Bamford, NOAA acting assistant secretary for conservation and management, said. "Businesses, coastal managers, federal, state, and local governments, and non-governmental organizations can use research such as this as another tool as they develop plans to reduce vulnerabilities, adapt to change, and ensure they're resilient against future events."