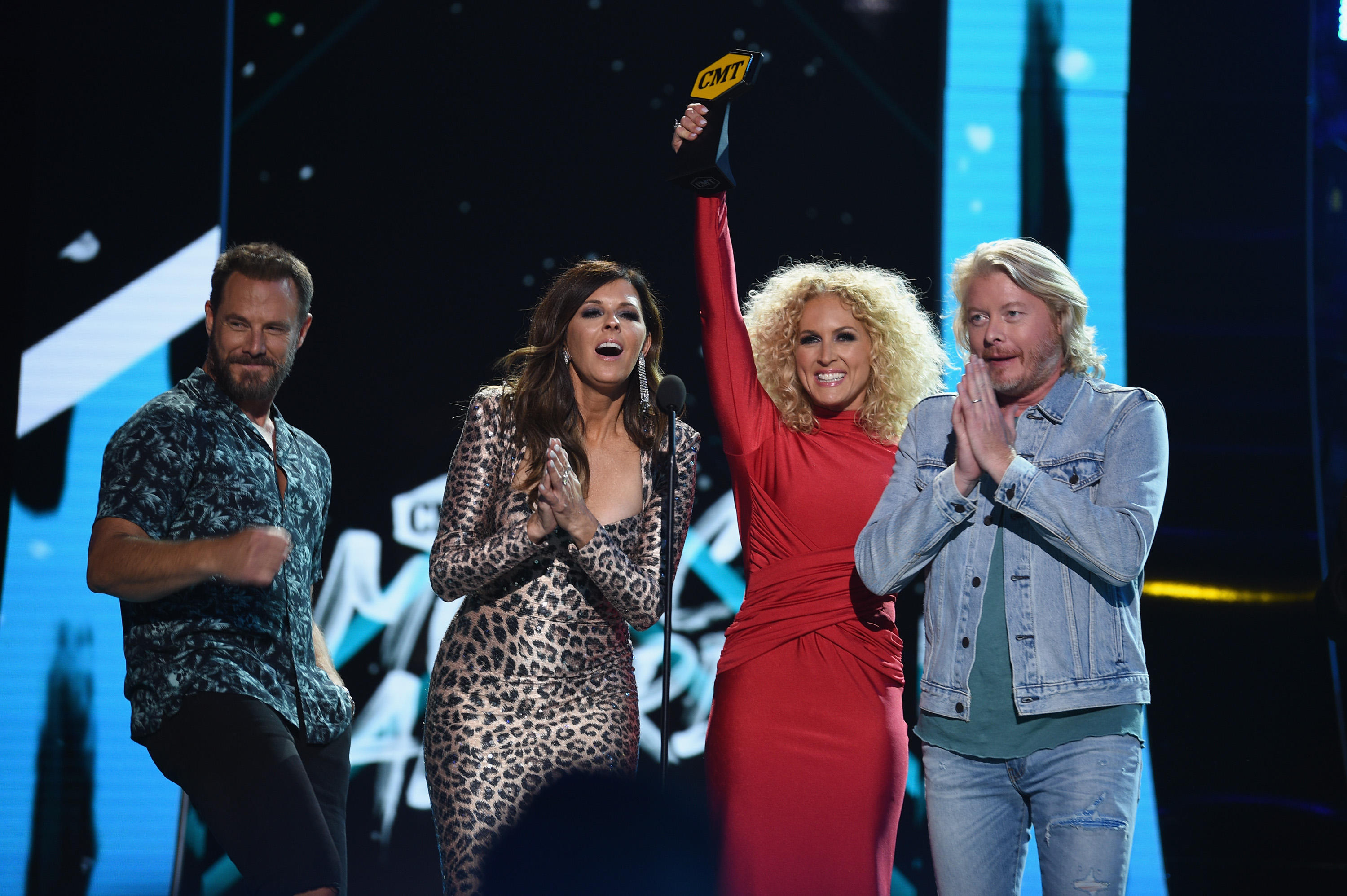 Carrie Underwood made history again Wednesday at the CMT Music Awards. The singer won her 18th trophy at the show, while Blake Shelton walked away with the night's top prize.

Shelton, the only person to win two awards Wednesday, won video of the year for "I'll Name the Dogs" at the Bridgestone Arena in Nashville, Tennessee.

"I've been doing this for 18 years. I have been making records and luckily enough you guys have accepted them," said Shelton, who also won male video of the year. "It's been a crazy ride."

Underwood won female video of the year for the Ludacris-assisted song, "The Champion," also giving the rapper-actor his first CMT Award.

"Thank you God for you guys — the fans," Underwood said. "Thank you Ludacris for wanting to inspire."

Ludacris didn't attend the show, but others from outside of country music were in the house, from Kelly Clarkson to Backstreet Boys, who both performed at the show.

The Backstreet Boys also picked up an award, winning CMT performance of the year for the Florida Georgia Line-featured version of their classic hit, "Everybody," from the "CMT Crossroads" TV special.

"Seriously, so who would have thought?" BSB's Brian Littrell said of winning an award for their 20-year-old song.

"We're everything because of y'all," FGL's Brian Kelley said to the fans.

"This is my first award I've ever won. It's an amazing feeling," Brown said.

Little Big Town — who hosted the show for the first time — won group video of the year and performed their funky single, "Summer Fever," which featured colorful lights and disco balls onstage.

Underwood, per usual, was a vocal powerhouse as she sang "Cry Pretty," earning of the night's loudest applause.

Some performers sang outdoors, including Luke Bryan, Chris Stapleton and Sam Hunt, who sang "Downtown's Dead" in downtown Nashville, walking the streets and going into bars during the performance.

Dan + Shay, who also performed, picked up duo video of the year.

Carly Pearce won breakthrough video of the year and cried as she walked to the stage to collect her trophy.

She won the award for her hit song, "Every Little Thing," telling the audience before she walked away: "To the guy that broke my heart, 'Thank you!'"

The CMT Music Awards, which kicked off with a spoof of the Royal Wedding, honors the year's best country music videos.

Toto on "Africa," and their band's four-decade ride
More