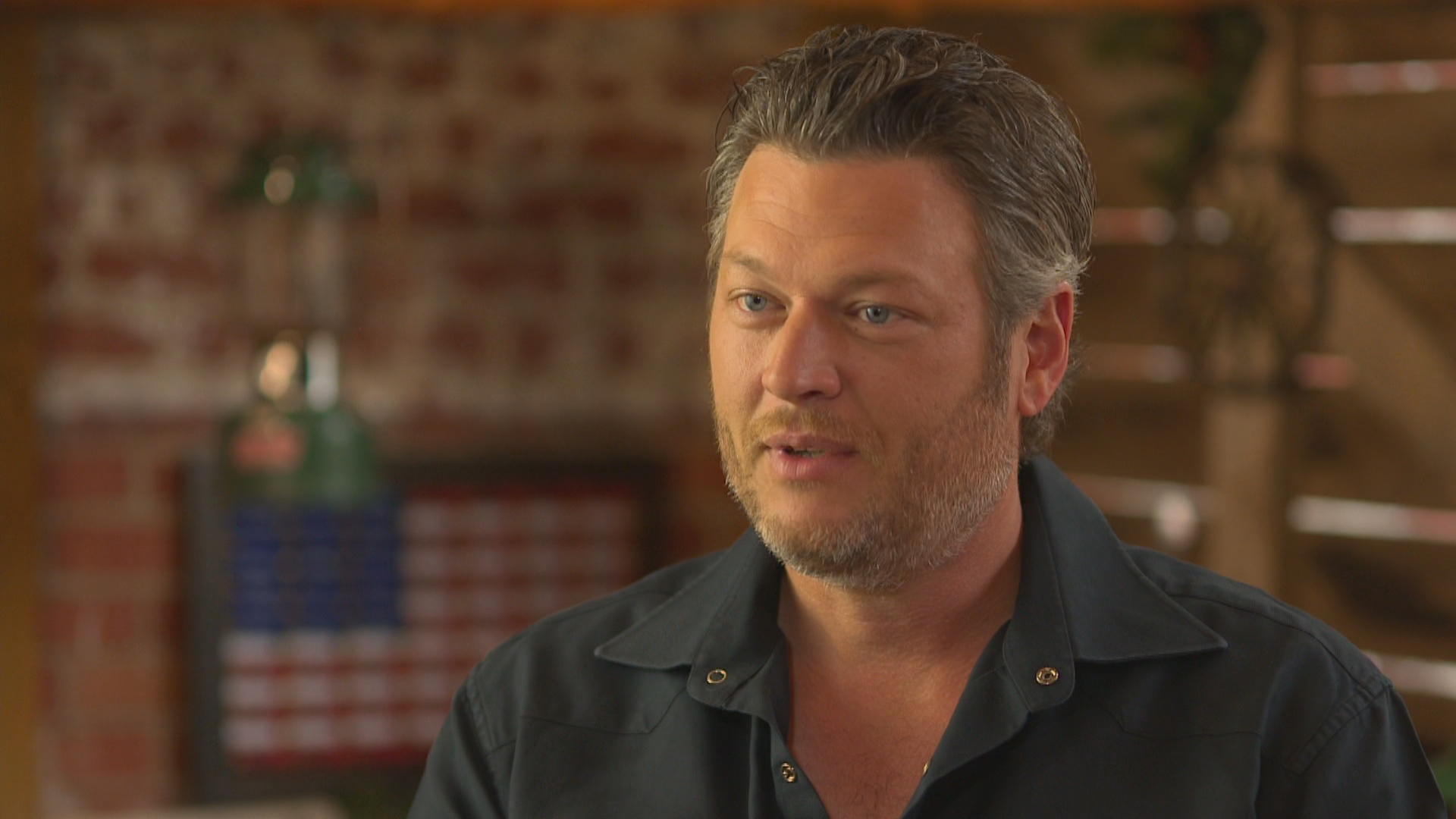 For a country music superstar, it's a small stage, but it was Friday night in Tishomingo, Oklahoma, and Blake Shelton was home. The country superstar and popular TV judge is returning to his roots with a new restaurant and music venue in the town where he grew up, about 100 miles southeast of Oklahoma City.

CBS News' Jan Crawford spoke with Shelton, who released his 11th studio album on Friday, in his hometown of Tishomingo about adding restaurateur to his list of credits and his plans for the future.

"I'm just gonna play as many songs as I can until I drink too much or my voice blows out, one of the two," Shelton told the crowd.

It was the first concert in Shelton's new bar and restaurant, Ole Red. It's an ambitious project for a community with just over 3,000 people, but for Shelton the hometown location was a must.

Nearly 25 years after he first gave Nashville a shot, Shelton now has dozens of country music awards and more than 20 chart-topping singles. He's also taken on Hollywood, earning legions of new fans as a judge on "The Voice," where at a difficult time in his life, he met the woman he says gives him hope.

"People even in my own life that said, 'Man, I really couldn't – can't figure the two of you together until I saw it in person. It makes total sense."

And it may also seem hard to believe, but in downtown Tishomingo, Shelton and his rock star girlfriend Gwen Stefani have become a regular sight.

"She likes it here. It's a relief for her to be able to come someplace that she doesn't have to look, you know, around the corner at every building to see who's takin' her picture and followin' her car, you know," he said.

But rural Oklahoma wasn't part of the original plan when Colin Reed, who heads the Ryman Hospitality Group, dreamed up a venue built around the Blake Shelton brand.

"There is about 110 million country lifestyle consumers. Right? Blake communicates with a huge slug of these folks," Reed said.

"They wanted to do it in Nashville which – duh, no brainer, right? And I went back and forth. And I finally said, 'OK, I'll do the restaurant. I'll partner with you guys with one condition. We gotta do one in Tishomingo, Oklahoma first,'" Shelton said.

More than a year later, the management team and seemingly everyone else was in Oklahoma for the grand opening. Lines stretched down the block and superfans from all over the country got there early.

Shelton is hoping his latest venture keeps the crowds coming to Tishomingo, providing a much-needed boost to the local economy. He and Stefani plan to keep splitting their time between the big stage and the small town.

"Things never stop for me. They never stop and I relate to Gwen on that level, by the way – tryin' to get better. She and I both are just living in the moments that are happening," Shelton said.

In his latest single, Shelton, now 41, is looking forward – but sometimes he dreams of hanging it all up and heading home for good.

As for the next chapter, Shelton said, "Well, I'd like to give you a really honest answer to that question. And – and I will. Every year for probably the last five years I say, 'You know what guys? Next year, next year is – I'm out after that. I'm gonna go pick pecans and I'm goin' fishin' for here on out.' You know, why not?" he said. "I think there is a part of me that realizes even though this is – you know, it gets exhausting and it feels like it never ends, that I would probably miss it."

With the new venture Shelton is balancing both worlds, with his heart firmly planted in Oklahoma.

"This is a stream that you step out of and when you realize you want back in it. It's dry and then there's no water in that stream anymore," he said.

With live music two nights a week and the chance to bump into Blake Shelton at the bar, the owners are optimistic that Ole Red Tishomingo can quickly become a tourist destination. And when this venue opens in Nashville, the Ole Red brand will quickly become a big draw on the hottest street in country music.