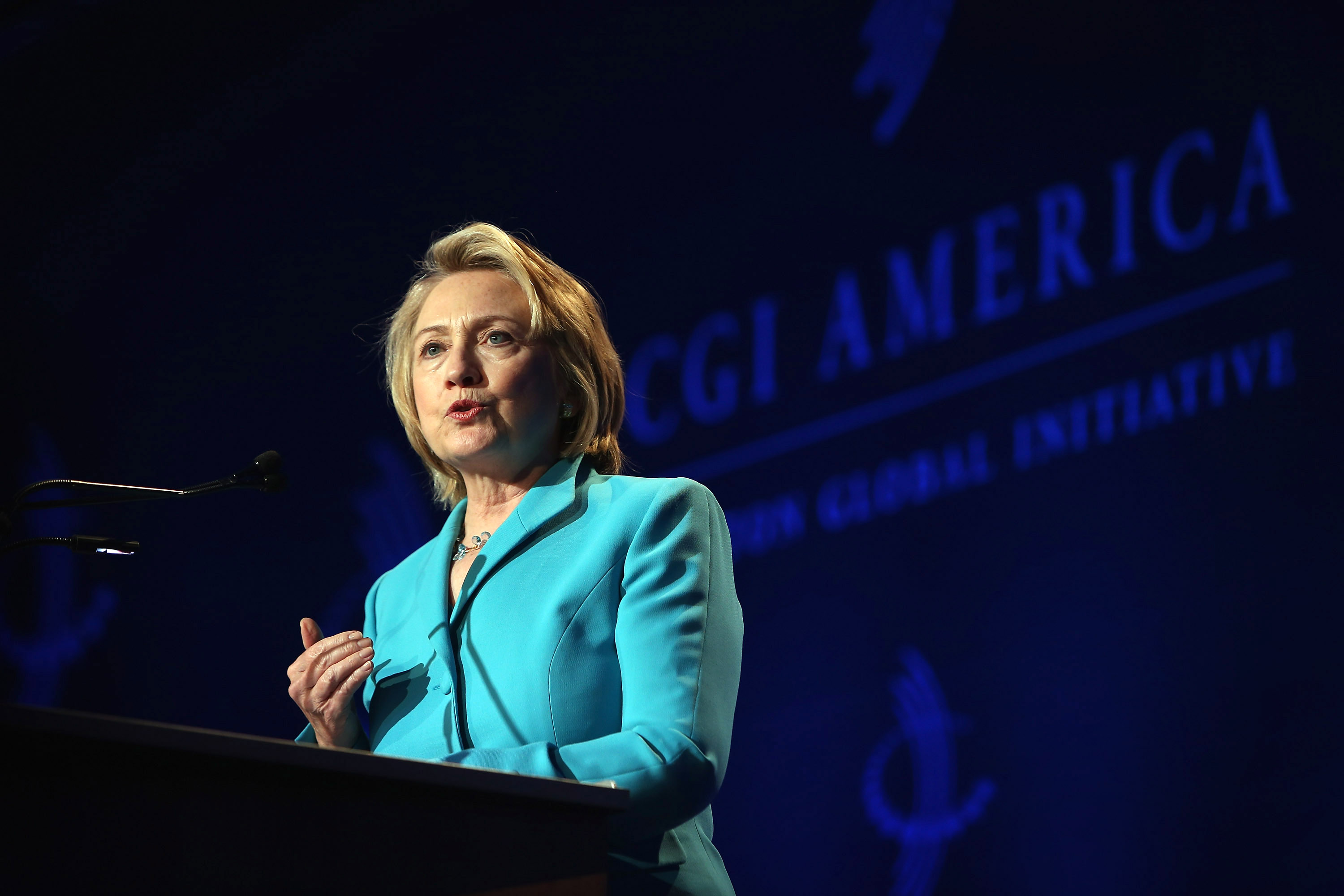 WASHINGTON Hillary Rodham Clinton mused aloud about the significance of America electing its first female president. Left unsaid: whether she might try again to be the one.

In a video of a private Clinton speech posted to YouTube on Friday, Clinton told a Canadian audience that she hoped the U.S. would elect a woman to the White House because it would send "exactly the right historical signal" to men, women and children. She said women in politics need to "dare to compete" and the nation needs to "take that leap of faith."

"Let me say this, hypothetically speaking, I really do hope that we have a woman president in my lifetime," Clinton said at a women's conference in Toronto on Thursday night. "And whether it's next time or the next time after that, it really depends on women stepping up and subjecting themselves to the political process, which is very difficult."

The former secretary of state told the cheering audience that she would "certainly vote for the right woman to be president."

Should she run for president in 2016, Clinton would emerge as the Democratic Party's leading contender to succeed President Barack Obama, but she has not said whether she will seek the White House again. Clinton has said she is enjoying time off since departing the State Department in February but has taken a number of steps that could enhance a future presidential bid, speaking to a variety of groups around the country, working on a book and outlining her agenda at the foundation started by her husband, former President Bill Clinton.

In remarks during an interview at the "Unique Lives and Experiences" conference, Clinton mused about the possibility of a woman winning the White House and what it would mean for the nation — but she avoided identifying herself as the leading prospect. The event was not open to the media, but a person in attendance posted a clip of Clinton's interview on YouTube on Friday.

Clinton spoke in an interview with Samantha Nutt, the founder and executive director of War Child Canada, a nonprofit that works with war-affected communities to help children. The former first lady was asked if women lead differently than men and whether she thought the next U.S. president would be a woman.

Clinton cited former first lady Eleanor Roosevelt, who said that women in politics needed skin as "thick as a rhinoceros."

"I think there is still truth to that, so you have to step up, you have to dare to compete, you have to get into the process and then the country, our country, has to take that leap of faith," she said.

The former New York senator noted the U.S. made history in 2008 by electing Obama, who defeated her in the Democratic primary on his way to becoming the nation's first black president. "I hope that we will see a woman elected because I think it would send exactly the right historic signal to girls, women as well as boys and men. And I will certainly vote for the right woman to be president," Clinton said with a smile.

Both parties are already preparing for another Clinton campaign, well before the former first lady makes a decision.

A group of Clinton supporters has started a super PAC, called Ready for Hillary, to lay the groundwork for a Clinton campaign among rank-and-file Democratic supporters.

A Republican super PAC, America Rising, released a new website on Thursday called "StopHillary2016.org." It urges supporters to contribute to the PAC, saying, "We can't afford another Clinton administration after eight years of President Obama."