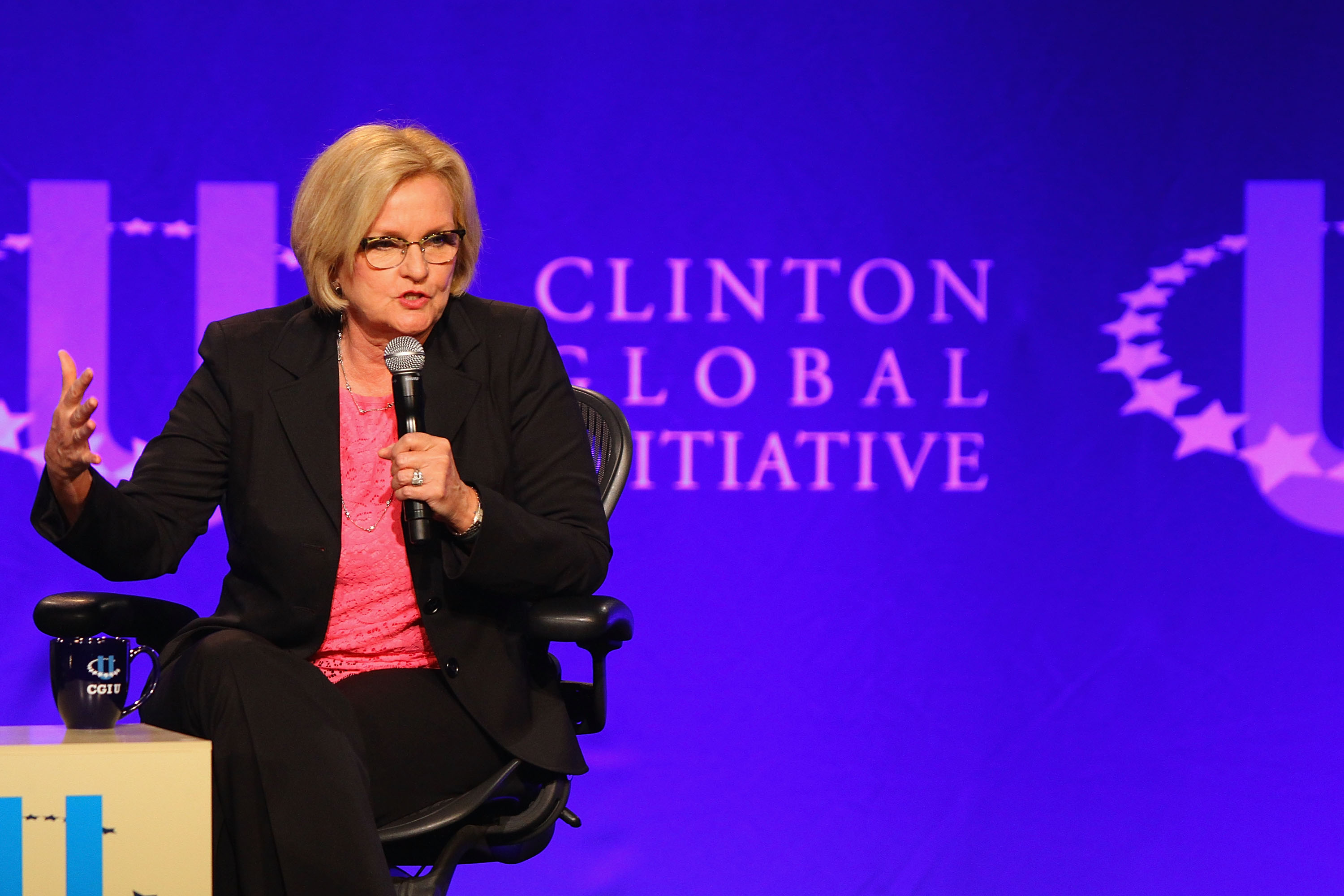 "She did call me after this all happened the other day; we had a great conversation," McCaskill said, declining to divulge any details of their conversation, but adding, "I think she's got a big decision to make, and I think she's in the process of making it, and I think the more people that are out there urging her to run, I think it will help grow the grass-roots effort."

McCaskill was an early, aggressive supporter of then-Sen. Barack Obama in 2008, one of his most prominent female surrogates in a race against then-Sen. Hillary Clinton that was characterized, in part, by a gender divide. Her endorsement of Clinton, announced Tuesday at ReadyforHillary.com, a super PAC set up by Clinton's allies to help finance her prospective bid, was flagged by analysts as a sign that the two had buried the hatchet.

McCaskill, for her part, didn't see what all the fuss was about. "It was kind of interesting how this kind of blew up the other day," she said. "It doesn't seem complicated to me. She is by far the strongest, most capable, most qualified candidate for president of the United States...it seemed that coming out publicly and stating the obvious, that we all want her to run, was an important thing to do right now."