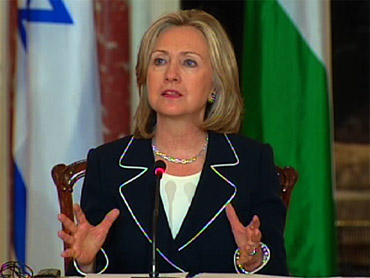 Clinton, who represented New York in the Senate for eight years, reminded reporters Wednesday that she was in the Senate minority for six of those years.

The morning after elections that gave the GOP control of the House, Clinton said Republicans and Democrats can "build coalitions" and "find allies on issues that are in America's interests."

Clinton, who is in the middle of a two-week tour of Asian-Pacific nations, said she will be "working very hard" to get to know the new members of Congress and vowed to "work with them."