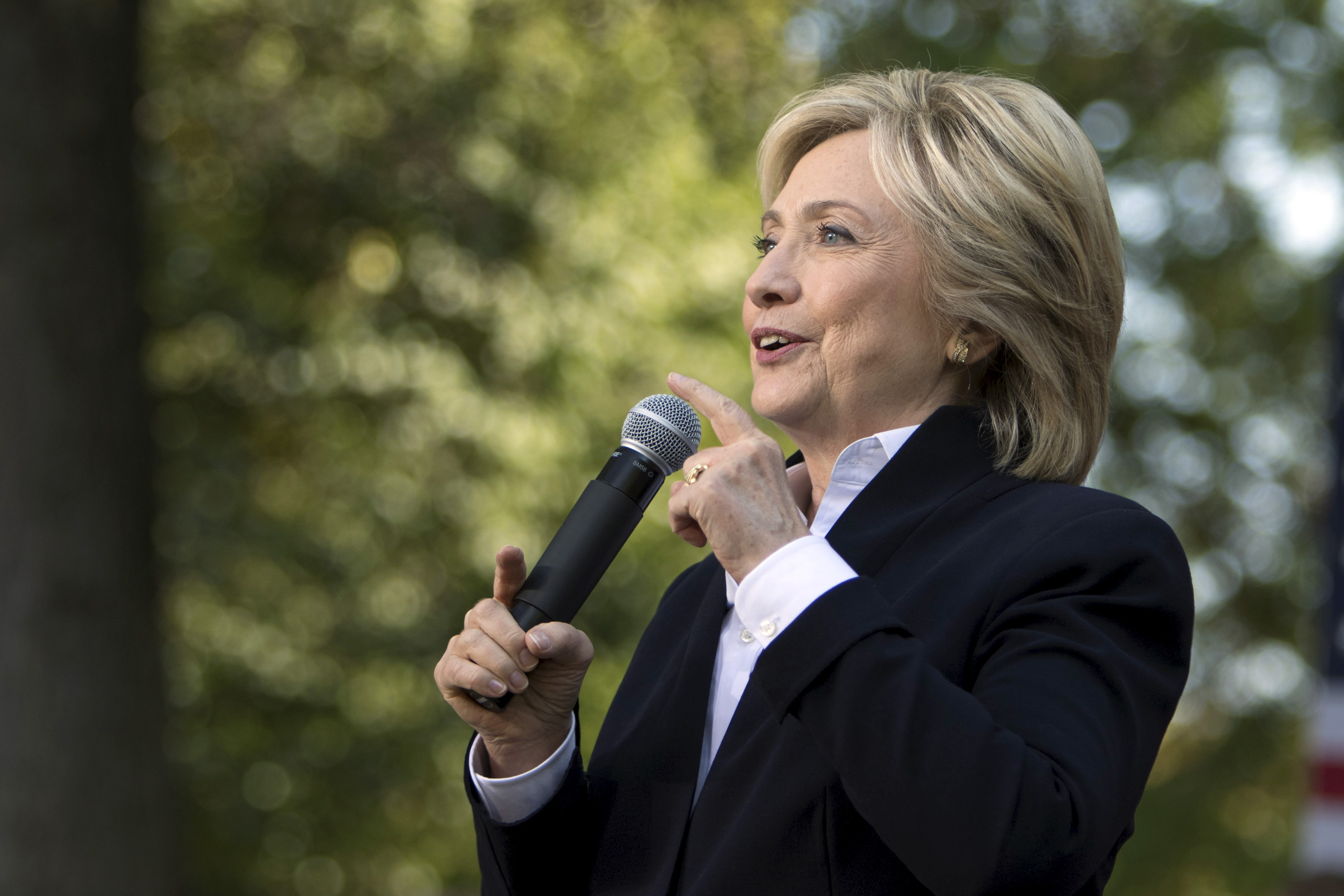 Bolstered by Iowa Democratic caucus-goers who say she won the recent debate, Hillary Clinton now has an edge over Bernie Sanders in Iowa. She's up three points there, after re-allocating the supporters of Vice President Joe Biden. Those caucus-goers were then asked who'd they support if Biden decided not to run.

In Iowa, Sanders' backers remain very enthusiastic about his candidacy, while enthusiasm for Clinton is on the rise among hers: Fifty-eight percent of Clinton's first-choice Iowa voters are enthusiastically supporting her, up from 49 percent a month ago.

In New Hampshire, Sanders is still up, though Clinton has cut into the lead he held in September. Views on the debate were split in New Hampshire.

Clinton has a large lead in South Carolina. She led there last month too, and her lead grows larger still once the would-be Biden voters are reallocated to their second choice; he had some support in the state before he formally decided this week that he would not be a candidate.

Clinton has a slight edge on Sanders among women in New Hampshire. She leads Sanders with women in Iowa, while Sanders had the edge in September.

When Democratic voters are asked what they most want to see the next Democratic president accomplish - if they could pick one thing - reforming the campaign finance system tops the list in both Iowa and New Hampshire (raising taxes on Wall Street firms is a close second in Iowa).

For South Carolina Democrats, raising the minimum wage is the top priority for the next Democratic president, followed by more restrictions on guns.

Across all three states, Clinton supporters pick her experience as a main reason they are backing her for the nomination.

For Bernie Sanders supporters, his policies on income inequality are one of the main reasons they're backing him. His New Hampshire supporters are also backing him because they think he can change Washington.

About a quarter of Democrats in these three states are voting for Sanders because they think he says what he believes.

A full methodology can be found here.