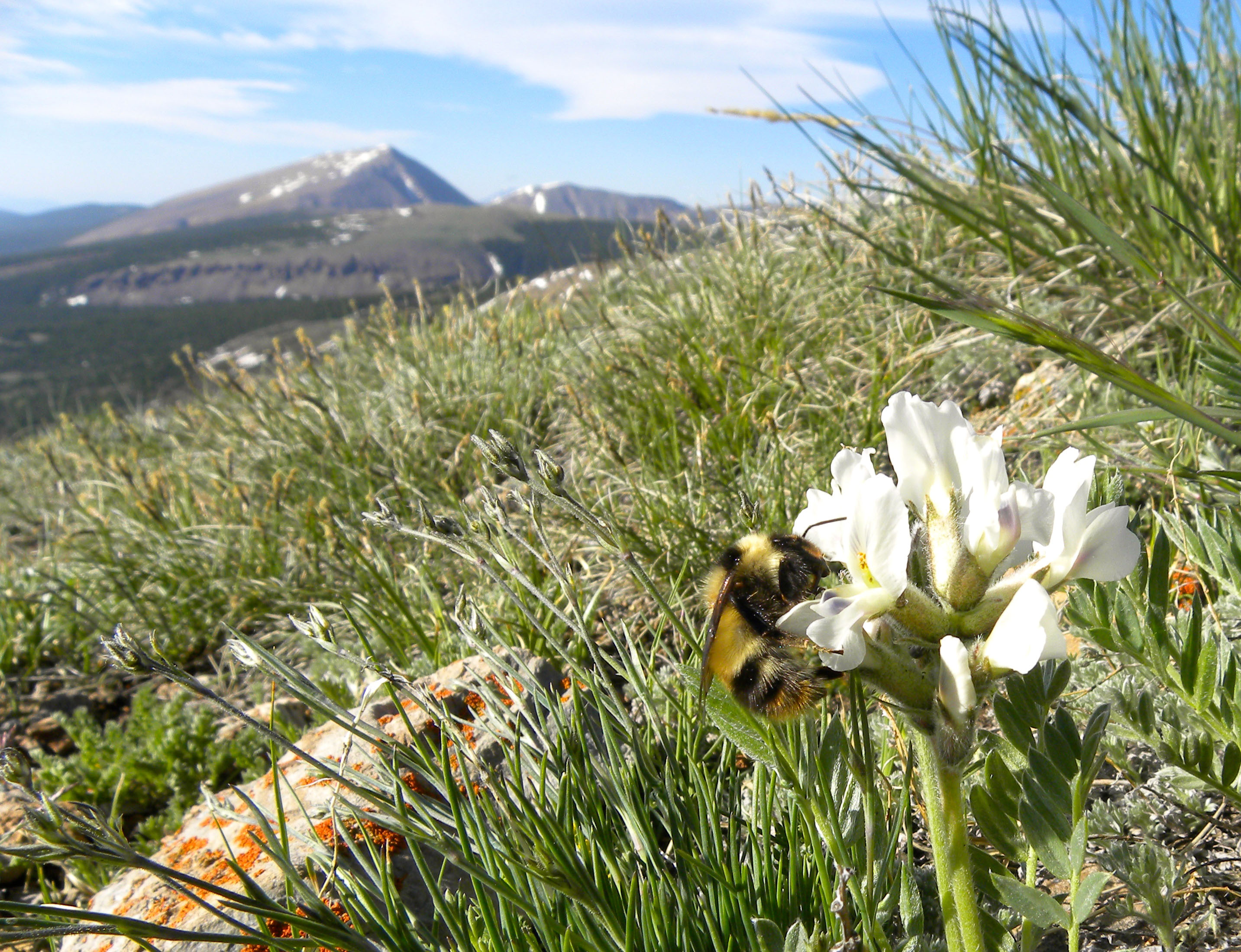 As climate change kills off some of their favorite flowers, several bumblebee species in the Rocky Mountains have responded to those losses by evolving shorter tongues.

There has long been evidence that two long-tongued alpine bumblebee species - which feed upon flowers with deep corolla tubes - were seeing their numbers drop. But with evidence lacking to explain the decline, Nicole Miller-Struthman, of SUNY College at Old Westbury, New York, and her colleagues decided to take a look at the tongues of the two species, Bombus balteatus and B. sylvicola.

Comparing specimens of the bumblebees from three mountain peaks in Colorado from 1966 through 1980 and from 2012 to 2014, the researchers found that "a significant shortening" had occurred in the bees' tongues.

Armed with field data on the bees and their host plants as well as bee specimens, they went looking for the cause of this change. The ruled out decreasing body size, competition from invaders, or co-evolution with flowers in the area before concluding that climate change was to blame.

They found warmer summers reduced numbers of the deep flowers these species preferred, forcing them to become "generalists" that forage on what was left in the wild, including many shallower flowers.

"Our analyses suggest that reduced flower density at the landscape scale is driving this shift in tongue length," the authors wrote in the study, published Thursday in the journal Science.

The impact of climate change is the latest setback for bees of all sorts, whose populations have suffered in the past decade due to habitat loss as well as increased pesticide use.

Starting in 2006, the rates of dead bees almost tripled due to a condition called colony collapse disorder or CCD. A nationwide survey in May found that beekeepers across the United States lost more than 40 percent of their honeybee colonies between April 2014 and April 2015.

Scientists have long struggled to identify the cause or causes of the bee die-off, which threatens the nation's $2.75 million of managed colonies and could one day impact the nation's food supply since bees are crucial to pollination. The economic value of bee pollination services ranges from $10 billion to $15 billion.

Some of the deaths have been blamed on the varroa mite, a lethal parasite that can easily spread between colonies. Others have singled out a class of pesticide called neonicotinoids, or "neonics," that have been shown to disrupt a honeybee's ability to seek out flowers. One study found that bumblebees in fields treated with the pesticide didn't grow, while those in pesticide-free fields did grow.

Another study linking climate change to declines of bumblebees in Europe and North America warned a warmer world could drive some species to extinction.

But the latest study concluded that the changes weren't necessarily all bad for the bumblebees.

While these shorter-tongue insects probably won't be able to depend on the same half-dozen flowers as in the past, the researchers suggest they may be to feed on other varieties.

More broadly, the authors said these bees could help shed light on how climate change disrupts the mutually beneficial relationship between insects - as well as long-tongued critters like bats and hummingbirds - and their hosts.

"Changes that disrupt such matching can alter plant species recruitment and the trajectory of co-evolution," they wrote.