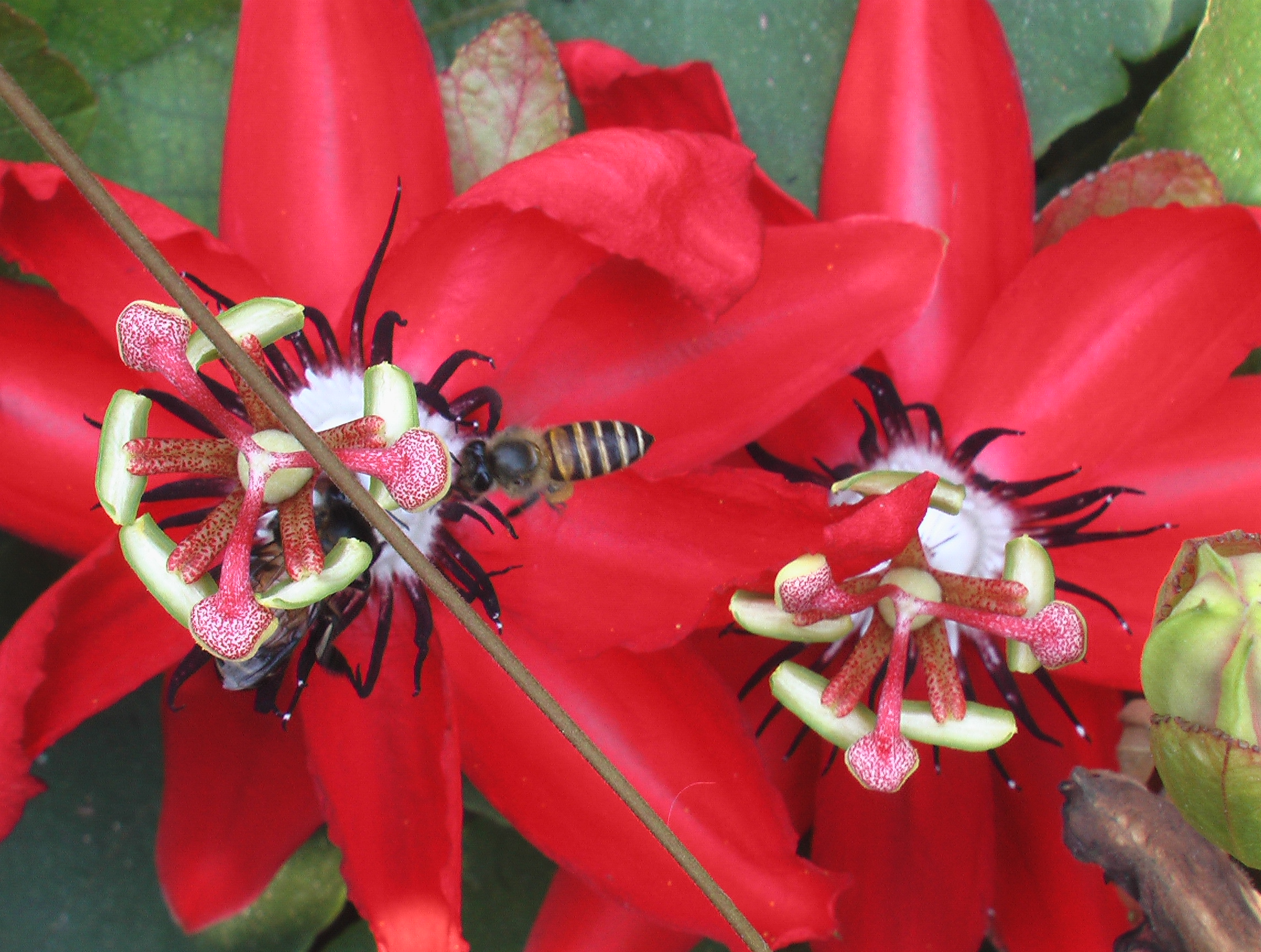 Bees sniff out the aroma of flowers to identify ones they know have nectar. It's a crucial part of the pollination processes. But new research suggests that a controversial pesticide used widely in agriculture could interfere with it.

In the United States in the past year, beekeepers have lost 40 percent of their colonies. A study published in Nature Thursday offers the latest evidence suggesting that neonicotinoid pesticides may be behind the demise.

"Honeybees need to learn to associate nectar reward with floral odor. One of the main reasons why flowers produce odor is so that this odor can be learned by pollinators and used to repeatedly visit the same flower species," Chinese Academy of Science's Ken Tan, who led the study, told CBS News in an email interview.

"Without this repeat visitation, pollination does not occur. We showed that a neonicotinoid pesticide, at sublethal doses, harms this odor memory formation. We also tested the effects of the pesticide, imidacloprid, on bees exposed as adults and as young larvae. Both types of pesticide exposure reduced the ability of bees to remember odors associated with nectar."

Since 2006, bees have been hit by a devastating condition known as colony collapse disorder or CCD. The mysterious disorder causes honeybees to disappear from their hives, and their bodies are rarely found. Beekeepers across the United States have reported losing 40 to 50 percent of their hives to the condition, raising concern how this might affect the nation's food supply.

Scientists have found it difficult to pinpoint the cause, which threatens the nation's $2.75 million of managed colonies and could one day impact the nation's food supply since bees are crucial to pollination. The economic value of bee pollination services ranges from $10 billion to $15 billion.

Experts have floated several theories for CCD, including disease, parasites, stress, and lack of access to food sources. Among backyard beekeepers who manage fewer than 50 colonies, the losses have been blamed on the varroa mite, a lethal parasite that can easily spread between colonies.

It is also suggested that collapse is due to a combination of factors, including exposure to these pesticides.

While the pesticide industry dismisses a connection between the pesticides and the bee deaths, there is growing concern among beekeepers and policy makers.

The European Union is planning revisit a two-year ban it has in place on three of the most popular neonicotinoids. And while there isn't a ban on its use in North America, Lowe's, following pressure from investor and environmental groups, announced earlier this year that it would stop selling them in its stores in the next 48 months.

Meanwhile, the evidence continues to mount showing bees are affected in several ways when exposed to neonicotinoids.

But the pesticides didn't seem to impact the colony strength of honeybees, the most common species used in commercial pollination.

The latest research is the first to focus on native Asian honeybees and the effects of a neonicotinoid pesticide called imidacloprid, which is widely used throughout China. There are more than 2 million managed colonies of the Asia honeybee, A. cerana, in China alone and they are used for honey production and crop pollination.

Tan said adult bees exposed to the pesticide were found to perform 1.6 times worse than a control group when it came to olfactory learning - the process that allows bees to associate floral odors with nectar rewards, thereby facilitating foraging and pollination.

It was even more pronounced for bees exposed as larvae, which Tan found exhibited "significantly impaired olfactory learning" when tested as adults. Control bees exhibited up to 4.8-fold better short-term learning than the pesticide bees, though longer-term learning was not affected.

Newcastle University's Geraldine Wright, who led the study finding bees can get hooked on pesticide, praised the work for building on earlier research finding a connection between the bees and learning.

"They found what many previous studies in honeybees (Apis mellifera) have found: that bees given a dose of imidacloprid before a learning task do not perform very well," she said.

Tan said he hopes his study could prompt policy makers, especially those in Asia, to reconsider the widespread use of the pesticide. But he acknowledged it was a "complex issue" since substitutes for the most common pesticides also "may be harmful to bees."

"We hope that our study can help policy makers develop better informed decisions about pesticide regulation. In particular, we feel that the effects of pesticides on native bees, like A. cerana, should be considered," he said. "We also hope that assays of bee learning will become standard for testing the safety of pesticides. Honey bees are great at learning because their job - finding and remembering food - depends on it."