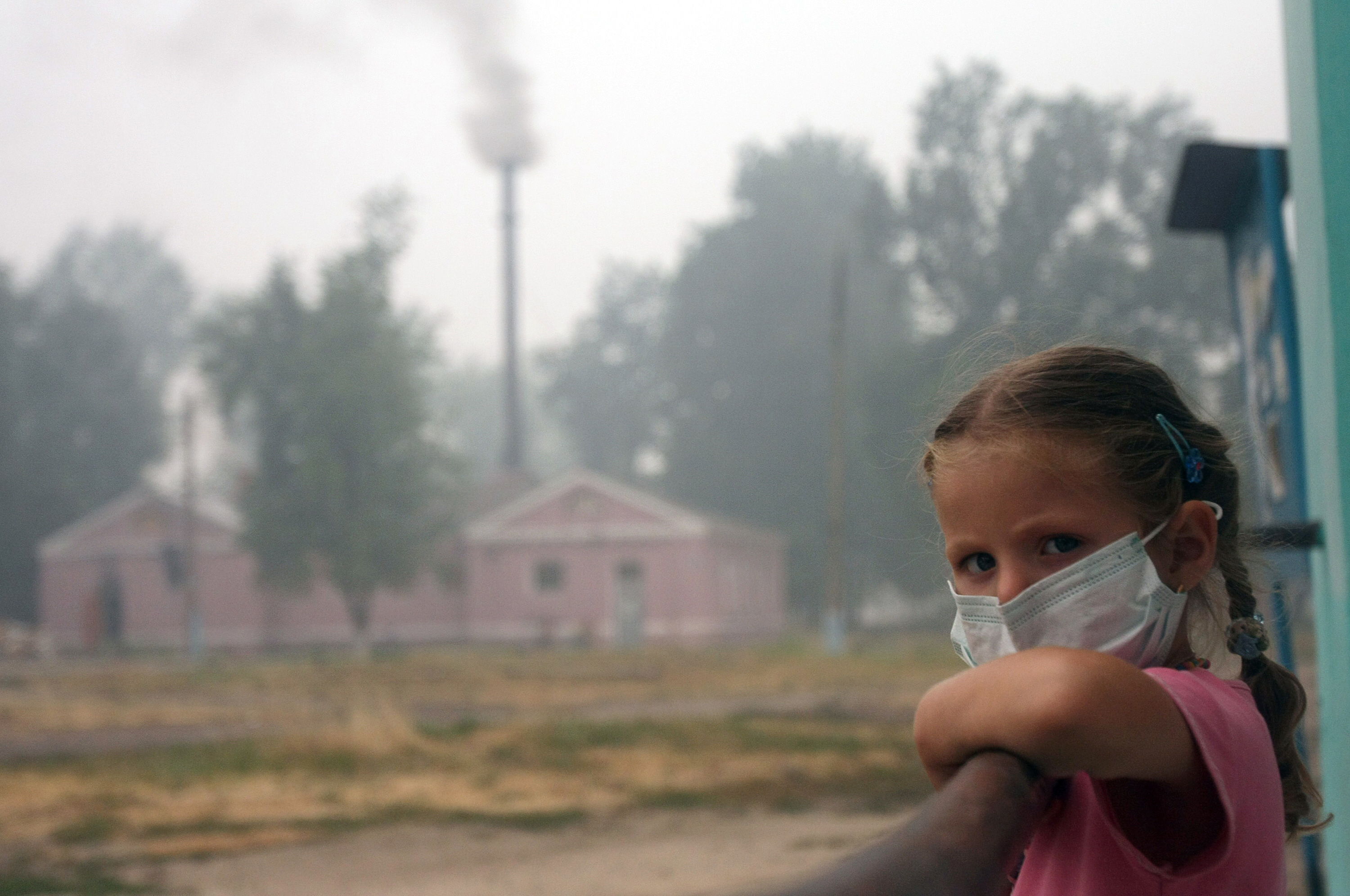 The group is urging pediatricians and politicians to work together to solve the crisis and protect children from the immediate and long-term health consequences of climate change.

"There is nothing more important than protecting the health, welfare and future for our children and grandchildren," the statement's lead author, Dr. Samantha Ahdoot, an assistant professor of pediatrics at Virginia Commonwealth School of Medicine and member of the AAP's Council on Environmental Health Executive Committee, told CBS News. "Climate change is about the world in which our children are living today and in which they will be raising their own families. Their future is at stake, yet they do not vote and they have no voice in the debate. We have a moral obligation to act on their behalf."

The AAP's policy statement breaks down the health consequences of climate change into direct and indirect effects.

Direct effects include those that result from extreme weather events, including severe storms, floods and wildfires that scientists say are occurring more frequently and on a larger scale because of climate change. "Children's unique needs place them at risk of injury, death, loss of or separation from caregivers and mental health consequences due to severe weather events," Ahdoot said.

For example, the report points out that after Hurricane Katrina, more than 5,000 children were separated from their families and it took six months to reunite the last missing child with her family. Between 200,000 and 300,000 children were evacuated and relocated as a result of the storm, temporarily or permanently, taking a toll on their academic performance, behavior and mental health.

In addition, as heat waves have become more frequent and prolonged in many regions in recent years, heat-related illnesses and deaths among children have also risen. The report points out that infants and high school athletes are especially vulnerable.

In fact, one study projects that heat-related deaths among infants will increase by 5.5 percent in females and 7.8 percent in males by the end of this century. And research has found heat-related illness is a leading cause of death and disability in high school athletes, with a national estimate of 9,237 cases annually.

The report also highlights a wide range of other climate-related health issues that are likely to have a disproportionate impact on children.

Children may increasingly suffer from respiratory diseases and asthma due to decreased air quality, lengthened allergy seasons and smoke from wildfires, the report states.

Climate also influences the spread of a number of infectious diseases that affect children across the world, including malaria, dengue fever, West Nile virus and Chikungunya, a mosquito-borne virus that has been spreading through the Caribbean in recent years.

In addition, the authors point to the increased transmission risk of Lyme disease in the northeastern United States in recent decades, as they suspect rising temperatures have played a role.

Changing weather patterns also threaten nutrition among children around the world, as severe storms, drought and loss of fertile land to rising seas challenges farmers' abilities to produce crops. The nutritional value of foods may be diminished by increased carbon dioxide in the atmosphere, which impacts grain quality by lowering the protein, iron and zinc content of major crops like wheat, rice and barley.

"Protein and micronutrient deficiencies are already big drivers of malnutrition globally, and so those changes in the plant composition translate into potentially worsening of malnutrition on top of the altered crop yields that we were already thinking would happen because of the changing weather patterns," Dr. Perry Sheffield, assistant professor in preventive medicine and pediatrics at the Icahn School of Medicine at Mount Sinai, told CBS News.

Finally, the report emphasized that children in the world's poorest countries, where health burdens due to disease and malnutrition are already disproportionately high, are most affected by climate change.

The American Academy of Pediatrics calls for pediatricians, the health sector and governments to take action to address these issues. It urges the promotion of energy efficiency and renewable energy production, surveillance and research on climate-associated health conditions, public awareness and education campaigns and funding for public transit and urban planning that supports open space, walkability and green building design.

Experts say that focusing on the health effects of climate change, particularly as they relate to children, may resonate with the public and spur more action.

"I think it makes it more real to people," Sheffield said. "Sometimes it may be hard for people to relate to animals on other continents that they don't have a personal relationship with. But almost everyone knows a child who's asthmatic, so that can really drive it home."

Ahdoot said she is hopeful for the future, and sees signs that support is growing to address the issue of climate change. "The tide is turning. Families are increasingly aware of the changes occurring today, and the threat that unchecked climate change poses to their children," she said. "I am optimistic that humanity will rise to this challenge, and that the process is already underway."