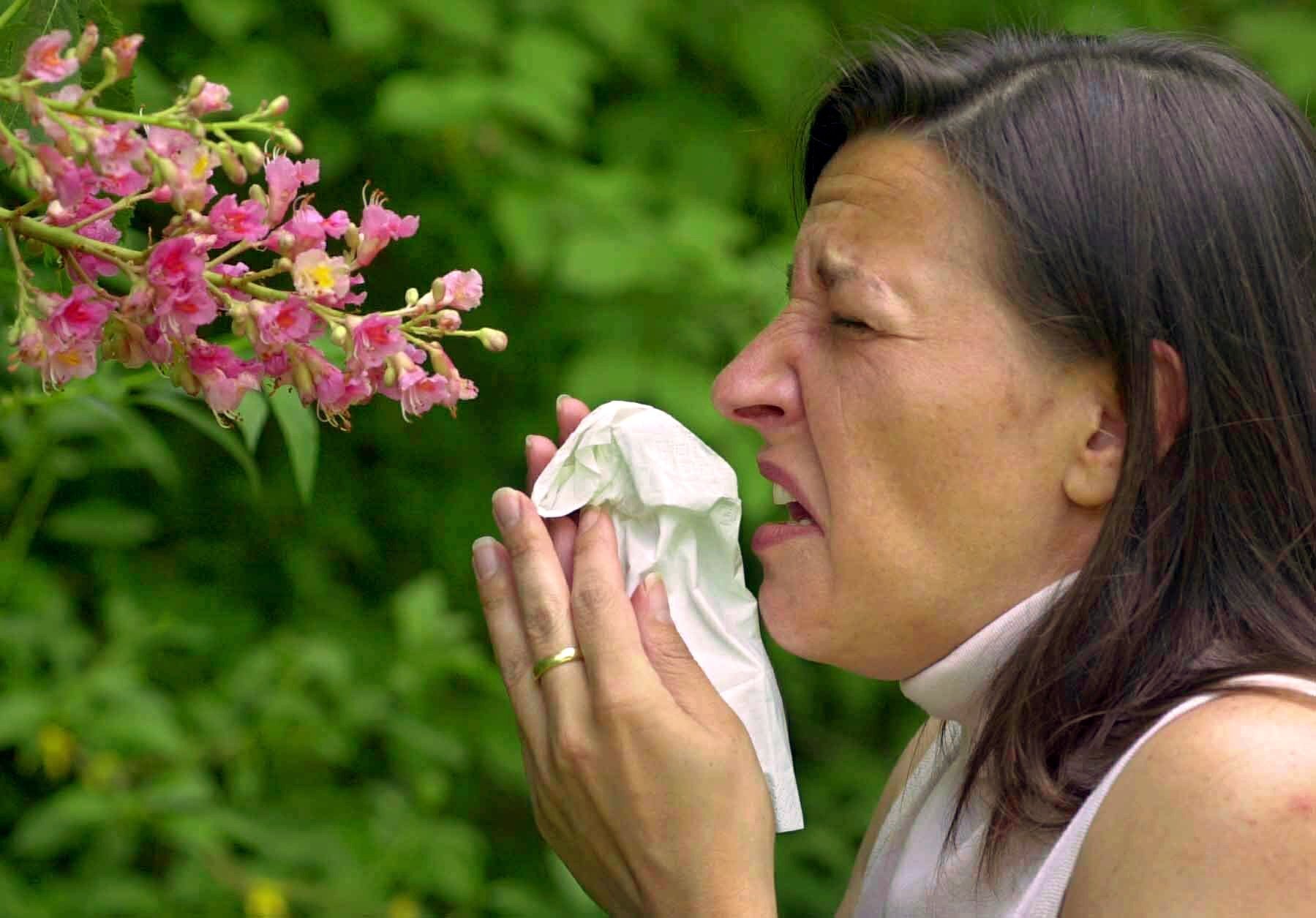 Allergy experts are warning of a "pollen tsunami," adding to the downside of Spring for the roughly 50 million Americans with nasal allergies.

One of the biggest pollen hot zones in the country spans the Northeast and there are indications it won't let up anytime soon, reports CBS News correspondent Jericka Duncan.

Blooming flowers and budding branches mean Spring is in the air -- and so is the pollen. It's everywhere, collecting in thick clumps on the ground and coating cars.

Dr. Clifford Bassett, medical director of allergy and asthma care of New York, said there's so much pollen, even people who have never had allergies are suffering.

"This particular season, we've been bombarded by phone calls from people experiencing allergy symptoms for the very first time," Bassett said. "And not only allergies, but pollen triggered asthma -- wheezing. People in their 50s, 60s, and beyond -- never had it before."

Normally, trees release their pollen in early Spring, but the long, brutal winter delayed that until now, when other plants and grasses are just starting to release theirs. For allergy sufferers, it's a perfect pollen storm.

"Right now we have birch, oak, maple pollen in the Northeast, very prevalent. If you're sensitive to those tree pollens, you're going to feel miserable," Bassett said.

And it's not just the Northeast. Pollen counts in most of the country are at medium to high levels.

Roxanne Borntreger of Tulsa, Oklahoma, said she says she recently suffered one of the worst allergy attacks she's ever had.

"I was miserable," she said. "I was hurting and full of allergies and I couldn't talk, I couldn't breathe."

Unfortunately for people with allergies, relief may not come any time soon.

A Rutgers researcher says climate change is causing allergy seasons to start earlier and last longer and that by 2040, pollen counts will be more than twice the levels they were in 2000.

"No matter where you are, whether in a city, town or suburb, pollens are here to stay. They're rising," Bassett said. "You need to be ready for this pollen storm and have a game plan in place."