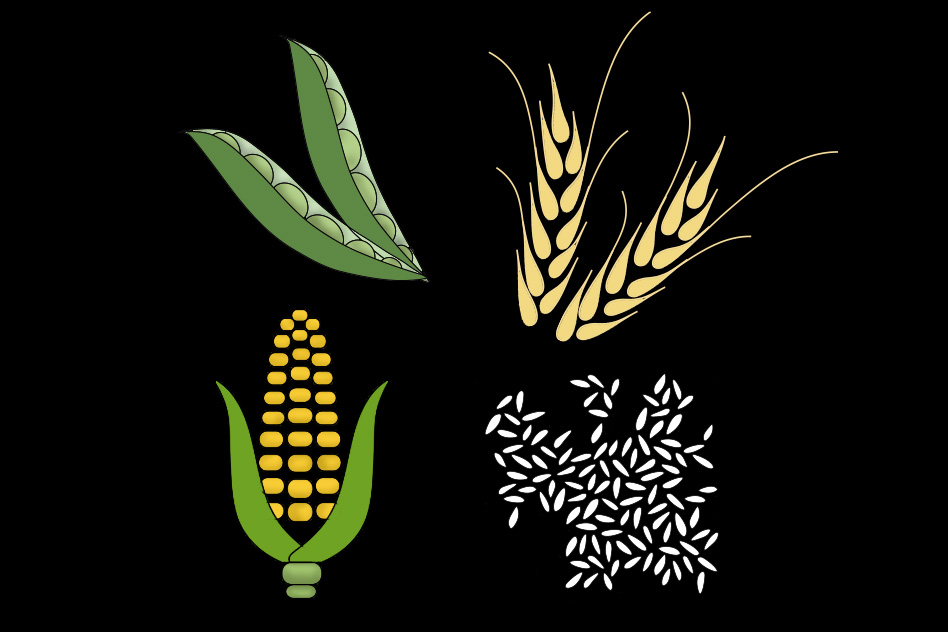 The world will need 50 percent more food by 2050 due to both an increasing population and a shift toward a more Westernized diet in developing countries. But as our need for food rises, our ability to produce that food may be lowered by climate and air quality changes, according a to a study just published in Nature Climate Change.

Researchers from MIT and Colorado State University found that if everything else stays as it is today, by 2050 global warming may reduce world crop yields by about 10 percent.

But world crop yields face more challenges than just rising temperatures. Ozone pollution also hurts crops, while being harder to quantify. Some crops are hurt most by extreme temperature swings, others more by ozone.

"Ozone pollution can also be tricky to identify ... because its damage can resemble other plant illnesses, producing flecks on leaves and discoloration," Colette Heald, an author of the study and associate professor of civil and environmental engineering (CEE) at MIT, said in a press release.

While heat and ozone can each damage plants on their own, the two factors also interact. For example, warmer temperatures increase ozone production. The research team calculated that 46 percent of damage to soybean crops on very hot days that had previously been attributed to heat is actually caused by ozone.

The researchers used climate models to map daily temperature variations region by region, comparing the world of 2000 with the world as it is projected to be in 2050. In an email to CBS News, Heald explains, "We developed a statistical model of crop yields based on the historical climate and crop data. We used national crop data from 1960-2000. So effectively our model is based on the observed relationships."

Under some scenarios, the researchers found that pollution-control measures could make a major dent in expected crop reductions. For example, while global food production was projected to fall by 15 percent under one scenario, ozone reduction in an alternate scenario could reduce that drop to 9 percent.

The study looked at four major crops: soybeans, rice, maize, and wheat, which make up half the calories humans consume worldwide. Given its profound effect on many important crops, air pollution will contribute to undernourishment in the developing world. Using the pessimistic air-quality projection, rates of malnourishment in developing countries might increase from the current 18 percent to 27 percent by 2050.

Agricultural production is '"very sensitive to ozone pollution," Heald said in the press release, showing "how important it is to think about the agricultural implications of air-quality regulations. Ozone is something that we understand the causes of, and the steps that need to be taken to improve air quality."

The researchers note in their paper that they did not explore the effect of developing ozone-tolerant crop strains in this study, but "considering the challenge of implementing such a strategy, the questionable efficacy of other crop management practices, as well as the public health co-benefit of ozone control, ozone regulation may prove to be a practical and preferable alternative to help secure global food production." They hope that "farmers, agricultural policy makers, and air quality managers" will work together to promote food security.

The study also did not factor in the effect of rising carbon dioxide (CO2) levels on crop yields. Heald told CBS News, "The focus of our study was looking at the climate and ozone effects on crop yields, both because we thought this was an important contrast to draw, and because these effects are better quantified. The net effect of CO2 on food is less clear -- CO2 fertilizes plants and so we could expect elevated yields under higher CO2, [but] recent work has shown that plants grown under these high CO2 conditions are less nutritious. So one might need to grow more food to meet nutrition demands."