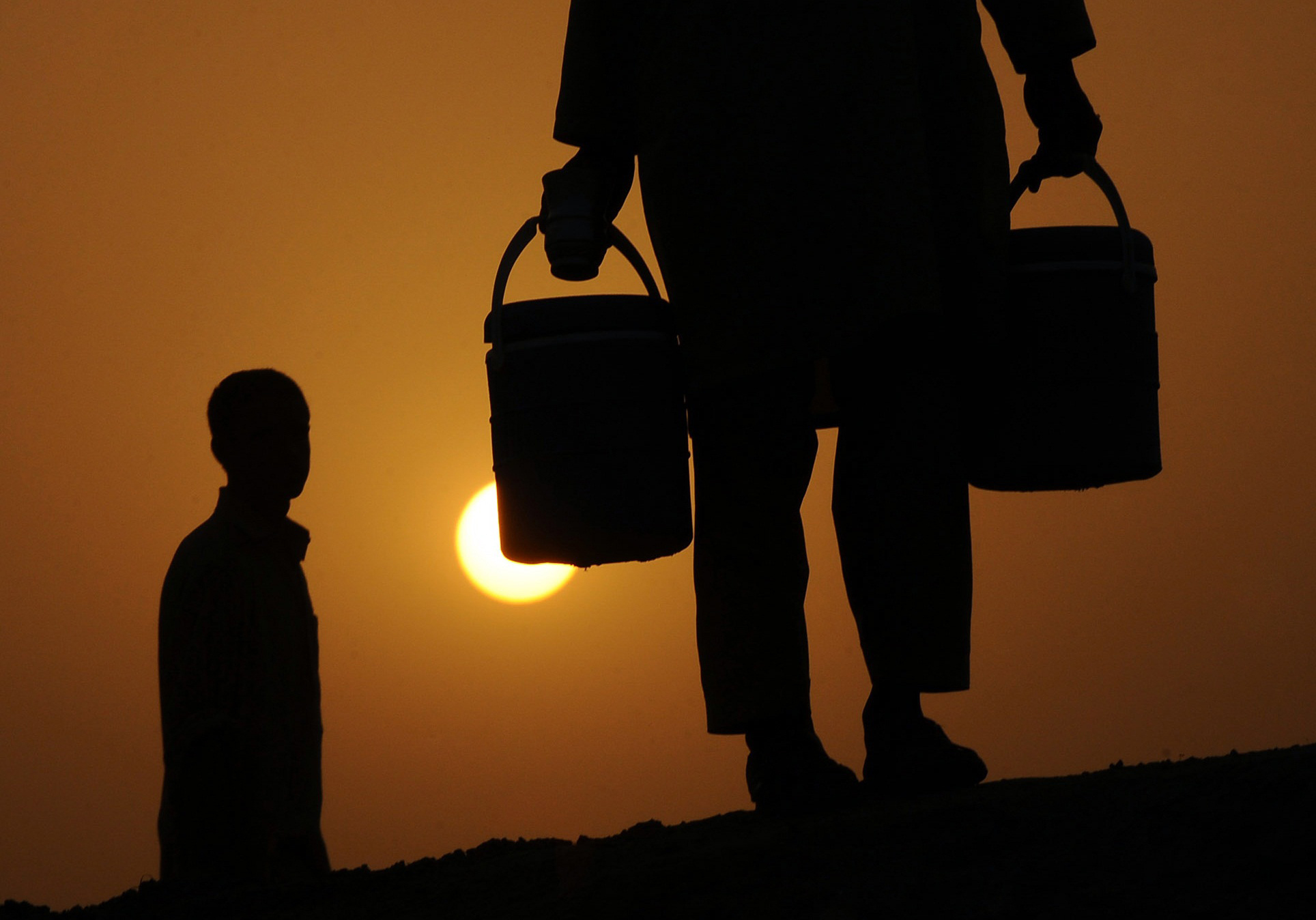 Climate change could undermine the last 50 years of gains in global health, according to a new report from The Lancet Commission on Health and Climate Change.

The authors of the paper, published Monday evening, say that the potential risk to human health posed by climate change has been underestimated. But they also say tackling it presents one of the greatest global health opportunities of this century.

The report looked at the direct and indirect health impact of climate change and the necessary policy responses to protect and promote global health.

"We know that in the event of a heat wave, and in particular the repeat heat wave, the mortality rate as the result of heart attack and heart failure increases substantially," study co-author Nick Watts, the Commission's Head of Projects, told CBS News. "On the flooding side of things, there's the spread of infectious disease that occurs as you get a breakdown in sanitation. In terms of drought, often one of the worst impacts is that it decreases agricultural yield, increases food prices, and then as a result causes malnutrition."

Certain extreme weather events can already be attributed to climate change, according to the report, including several deadly heat waves and the current California drought.

Indirect impacts are more difficult to measure, but include changing patterns in the spread of vector-borne diseases, such as malaria, which is carried by mosquitoes; air pollution; and involuntary migration of large groups of people, which can lead to the exacerbation of poverty and violent conflict.

"What happens when you end up with the multi-hit scenario, where a population gets hit with extreme heat as well as flood, as well as other extreme weather events, you start to have mass migration," Watts said. "Often individual populations have the ability to adapt and respond to a one-off weather event, but when they build up is when they become particularly dangerous."

The report also outlines strategies that could mitigate the effects of climate change and thus minimize the health impact. Reducing the reliance on fossil fuels, particularly phasing out of coal from the global energy mix, should be a primary goal for governments around the world, according to the report.

"What the report finds, in summing up all of this, is that by 2020, most of the things that you'd like to do for climate change, if you put them in place, you would have net benefits for GDP (gross domestic product)," Watts said. "There's a number of reasons why these benefits would exist, but one of the most important reasons is that they increase public health. If you increase public health, you reduce hospital and health care costs and you end up with a healthier workforce."

Experts say the emphasis on human health -- an immediate, universal concern -- may resonate more with people than theoretical discussions about the effects of climate change on the planet.

"No matter where people's views fall on climate change or humans' role in it, we share common goals in human health," Dr. Perry Sheffield, assistant professor in preventive medicine and pediatrics at the Icahn School of Medicine at Mount Sinai, told CBS News. "This report helps quantify that even if you don't think climate change is going to cause any problems, the solutions suggested are worthwhile anyway because they will help save lives."

Watts echoed that health is "a local impact that affects us today, as opposed to some of the ways that we've previously been thinking about climate change, which is it's some other country's problem and it's a problem for the future."

As a follow up to this report, the commission created a new global independent body on climate change and health called Countdown to 2030: Climate Change and Health Action. This coalition will continue to monitor the health impacts of climate change and report every two years on the progress of public policies in mitigating the effects and building sustainable health systems.

Psychiatric hospital a "haven" for spread of coronavirus, say employees