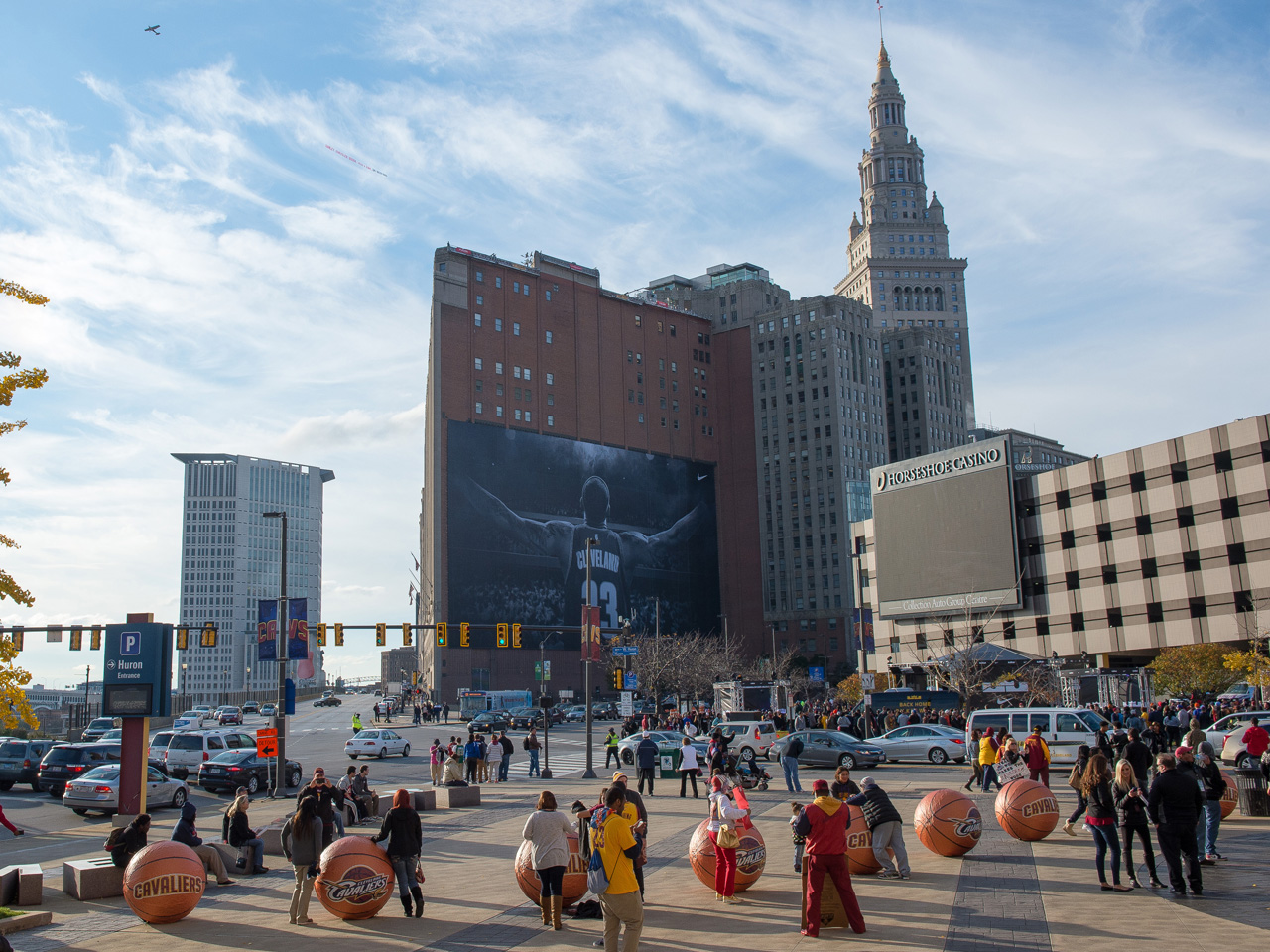 CLEVELAND -- a historic American city on the shore of Lake Erie at the mouth of the Cuyahoga River -- hasn't received much respect in recent years. But with Republicans holding their convention in Cleveland this week, we asked our Mo Rocca to take a closer look:

"Calvin Coolidge strongly advocated for Cleveland because Warren G. Harding, who had recently died, was an Ohioan," said historian John Grabowski, the author of "The Encyclopedia of Cleveland History." "Cleveland is also a great place at this time -- the fifth largest city in the nation."

The delegates attending the 1924 RNC were therefore visiting a city "on the rise."

"If they went out to the east they could've seen this new planned suburb, Shaker Heights, being built by the Van Sweringen brothers," said Grabowski. "They would've looked around and seen all the construction for the Cleveland Union Terminal."

Since that heyday, it's been a long nine decades for Cleveland, with some ups and a lot of downs, perhaps none more unfortunately symbolic than when the Cuyahoga River caught on fire (and not for the first time).

"The city became a national joke," said Grabowski, transforming from "the best location in the nation" to "the mistake on the lake."

"We were told since we were kids that we were in a lousy town, that this city wasn't great," said comedian Mike Polk Jr., who grew up in Cleveland.

Rocca asked, "So you think Cleveland being at times the butt of jokes, helped shape your sense of humor?"

"I do. I think it helped build a callous. And I think that it gave some perspective that some other people might not have."

A campaign stop at Slyman's -- famous for its huge corned beef sandwiches -- will test your appetite for higher office. "You gotta really wanna be president to eat this," said Rocca.

"Exactly," said Polk. "Yeah, we'll see how bad Hillary wants it. I think Trump will probably -- He will eat this whole sandwich right in front of us, I think, out of spite."

Polk says downtown Cleveland's gotten a lot better lately, though many of its architectural treasures are reminders of Cleveland's long-ago Golden Age.

"Cleveland really hit its industrial heyday in the years after the Civil War, and huge fortunes were built," said Grabowski.

Cleveland, it turns out, took an early lead in the manufacturing of motor vehicles. Scottish immigrant and Clevelander Alexander Winton was already making and marketing his Winton Motor Carriages in 1898. Its logo -- a tilted O -- screamed forward motion.

Winton was just one of a number of automobile companies that thrived in Cleveland during those early days. So, why didn't Cleveland become the automotive capital of the world?

Among other Cleveland milestones: the first electric streetcar line; the first blood transfusion; and one of the first traffic signals -- innovations that made great fortunes for some residing along Euclid Avenue, once called Millionaires' Row, and changed the way people lived everywhere.

Grabowski says Cleveland was the Slicon Valley of its time: "In its own way it was, because there was so much invention going on here. There was so much disruptive technology being created."

And there was inventor Charles Brush, whose arc lamp gave us outdoor lighting.

"If you could see his house now, if it still stood, in his backyard there's the world's largest power-generating windmill in the 1880s. He had the first mansion here that was totally electrically lit."

Oh, and across the street was the home of one John D. Rockefeller, founder of Standard Oil, and America's first billionaire.

And Grabowski confirms, these were not legacy kids: "Most, if not all of these people, did not start rich. They essentially came and invented a product and became wealthy. They were the first generation of wealth."

Great wealth that also built great civic institutions: the world renowned Cleveland Clinic; the Cleveland Museum of Art; and the Cleveland Orchestra, considered by some to be America's finest.

"It's sort of a well-kept secret," said Franz Welser-Most, who has conducted in Cleveland for 14 years. "Every time there were economical downturns, the community rallied behind the orchestra. The orchestra is part of the identity of the community."

And then of course, there is Lebron James and his Cavaliers, who brought the City of Cleveland their first major sports championship in 52 years.

For Melissa Perry, a Clevelander whom Rocca just happened to run into, the city she loves has regained the world's respect. "We are no long the Mistake on the Lake. I've been hearing that since I was a child!"

With the Cavs and the Indians' winning streak, Perry added, "We're waiting for our Cleveland Browns to really pull it together and follow suit!"

Let's not get ahead of ourselves....

But there is a newly-redesigned public square downtown, and as for the Cuyahoga River, it's hot again.

"They've revamped all of this and made it look all pretty," said Polk. "Most of these bars over here are yuppie bars that I honestly don't so much belong in, but I'm glad they're there, and I'm glad the yuppies have a place to go."

Sam McNulty is another native Clevelander, a leading player in Cleveland's renaissance. He says 25th Street when he grew up was "very sketchy. It was not a place you wanted to be at night."

Now he has five restaurants along this bustling street. "And then we just actually this year opened up a production brewery," he said.

"I really do think there's a lot more pride," said Polk. "We're all wearing T-shirts that say Cleveland on them. You don't see that in New York because they don't need to advertise themselves that they're there. But we have to remind ourselves we're okay with it, and be like, 'Right? We're here. It's nice. It's not bad. We got shirts on!'"