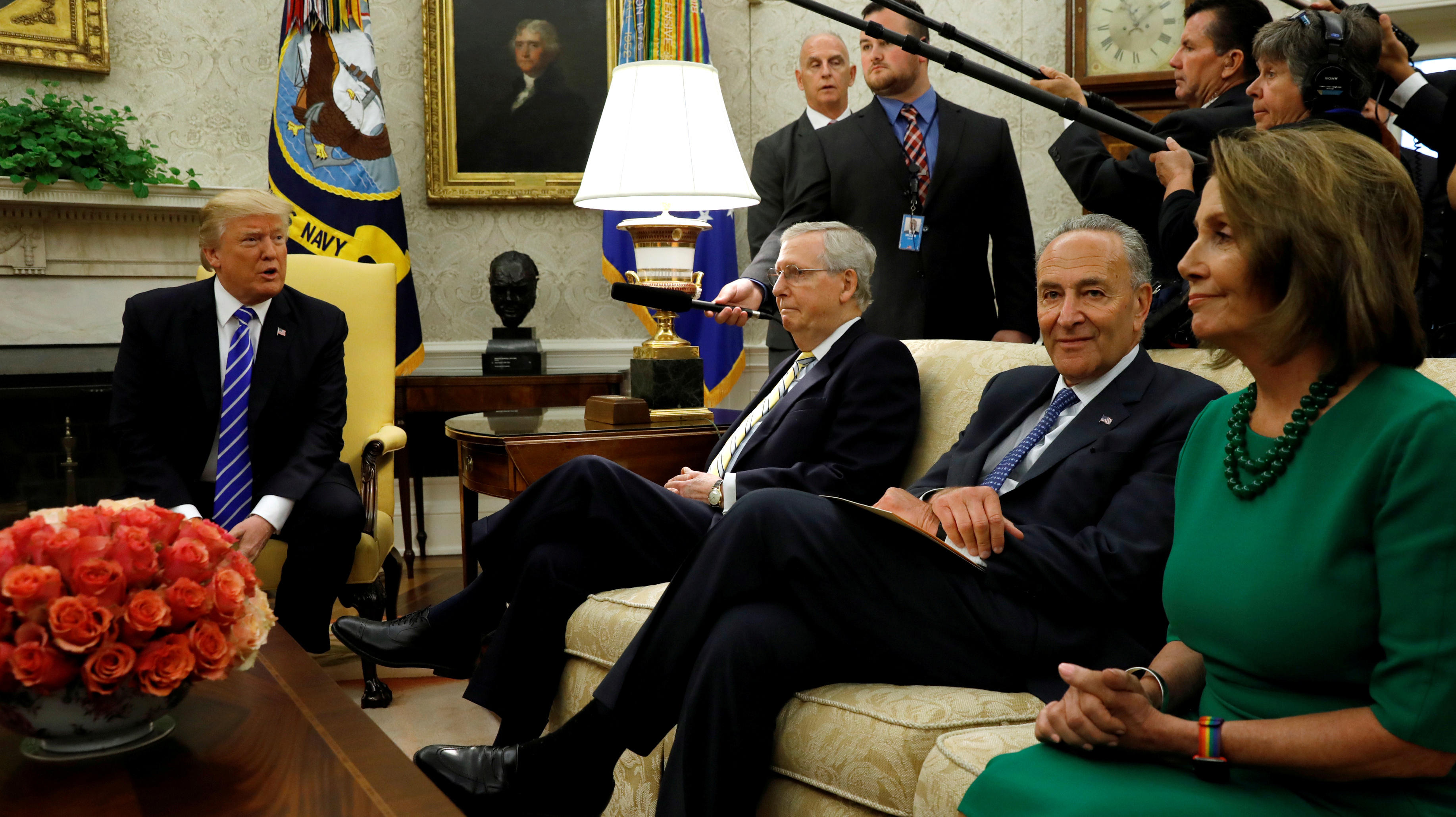 Senate Minority Leader Chuck Schumer and House Minority Leader Nancy Pelosi say they're going to the White House Thursday to meet with their Republican counterparts and President Trump to discuss the year-end agenda.

"We're glad the White House has reached out and asked for a second meeting. We hope the President will go into this meeting with an open mind, rather than deciding that an agreement can't be reached beforehand," the Democratic leaders said in a joint statement Monday.

Schumer and Pelosi said that they need to reach a new budget agreement that lifts spending limits on the military and domestic programs that were put in place by a 2011 law.

"We have to provide funding for community health centers and CHIP, as well as relief for the millions of Americans still reeling from natural disasters. And we must also come together on a bipartisan deal to pass the DREAM Act along with tough border security measures," they said.

They added, "We are hopeful the President will be open to an agreement to address the urgent needs of the American people and keep government open."

The president signaled Tuesday that the government could shut down if Democrats don't agree to his demands on defense spending, his administration's plan to reduce crime and his border wall.

Funding for the government expires on Friday and Republicans are planning to bring a two-week spending measure to the floor. House GOP appropriators released the continuing resolution (CR) on Saturday morning, which would fund the government through Dec. 22. This will give Republicans two extra weeks to try to negotiate a longer-term deal with Democrats. Lawmakers in the House could vote on the short-term legislation as early as Wednesday.