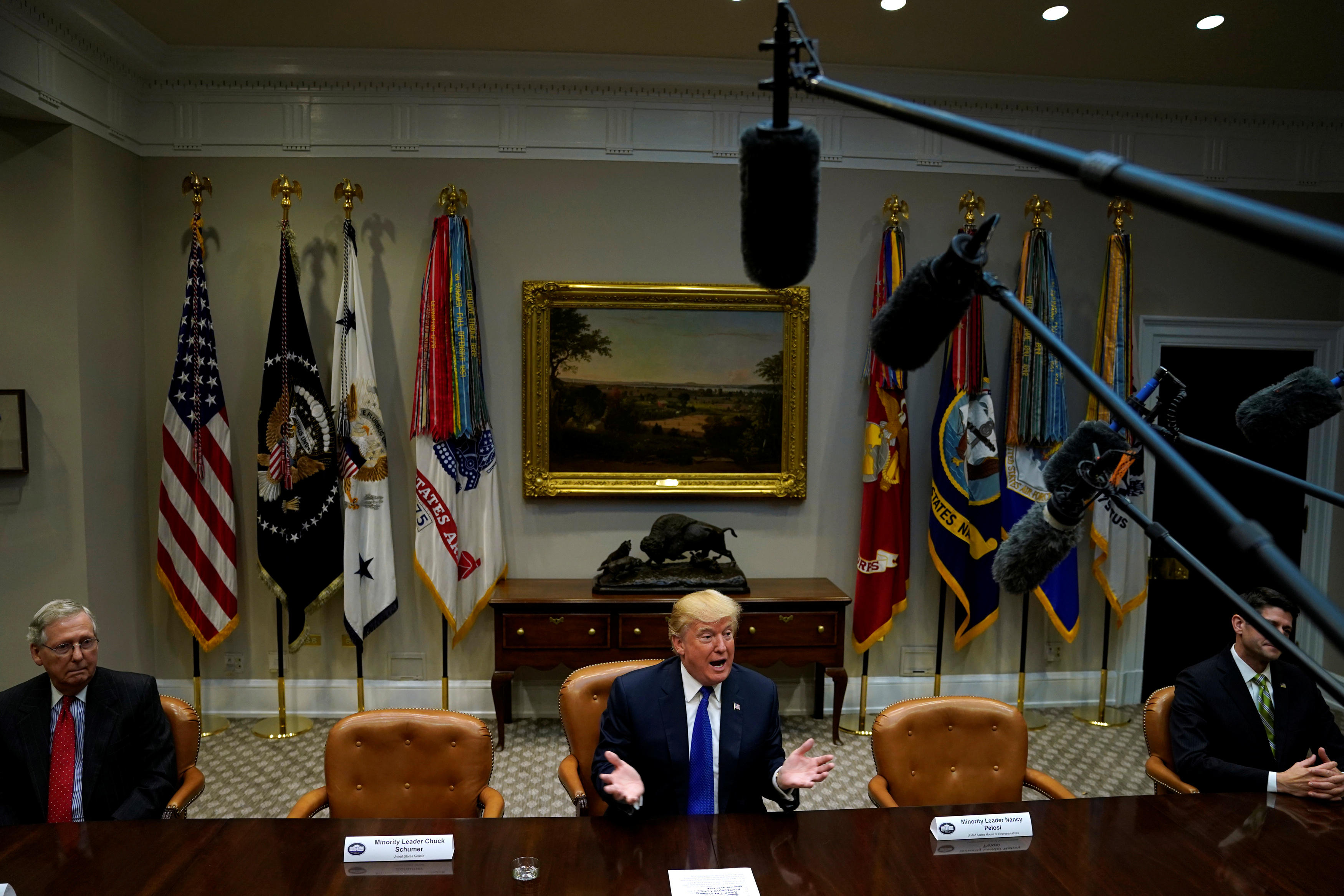 President Trump signaled Tuesday that the government could very well shut down next month if Democrats don't agree to his demands on military spending, his administration's plan to reduce crime and his border wall.

"I'm not really that surprised," the president said about Democrats' decision not to attend. "We have a lot of differences. They're weak on crime; they're weak on illegal immigration. They want the illegal folks to come pouring into our border and a lot of problems are being caused."

The president accused Democrats of being "all talk" and "no action."

Both Ryan and McConnell ridiculed Democrats for skipping the meeting, arguing that the White House must be part of the ultimate negotiation over government spending. Congress must pass a new spending bill by Dec. 8 or the government will shut down.

But even before an omnibus appropriations package can be hashed out, Republicans and Democrats are divided over how to lift spending limits that were set by a 2011 law. The president and congressional Republicans want to boost military spending caps while Democrats want equal increases between both the military and domestic programs, which covers the Department of Justice, Department of Homeland Security and Department of Veterans Affairs.

"We are very far apart because our views on crime and our views on immigration and the military -- so many are different," Mr. Trump said about Democrats. "We want our military funded and we want it funded now."

Government spending measures, however, require 60 votes to advance in the Senate and Republicans only have 52 members in the upper chamber. That means Republicans need Democratic votes in order to fund the government.

Congress last passed a government spending package earlier this year, which excluded funding for the border wall. The White House backed off of that demand after realizing Democrats wouldn't agree to it.

Mr. Trump appears adamant, however, that he get the financing for wall construction, which makes the chances of a shutdown that much higher. The government last shut down for 16 days in October 2013 after Sen. Ted Cruz, R-Texas, led the unsuccessful charge to defund Obamacare. The shutdown wasn't viewed as detrimental to Republicans because they won control of both chambers in the 2014 midterm elections. The dynamic is slightly different this time around now that Republicans control the White House and Congress.