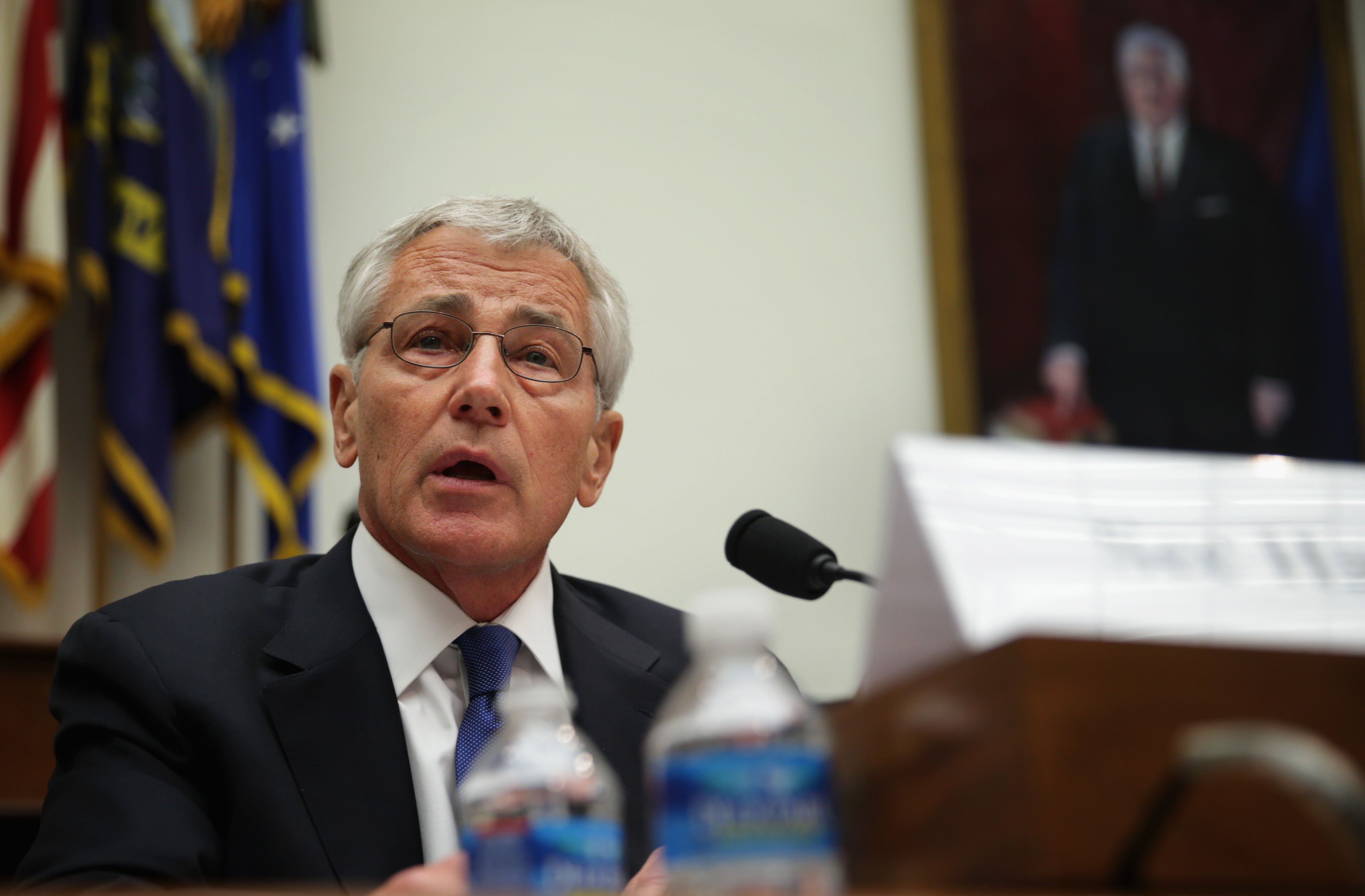 WASHINGTON -- Defense Secretary Chuck Hagel told lawmakers Wednesday that last month's prisoner swap with the Taliban may have been the "last, best" chance to secure the release of Sgt. Bowe Bergdahl, the only U.S. soldier held captive in Afghanistan. He said mediators indicated time was slipping away to get Bergdahl out safely.

Hagel, the first Obama administration official to testify publicly about the controversial deal, told the House Armed Services Committee that Qatari officials warned in the days before the exchange that "time was not on our side" and a leak would sabotage the deal. The transfer of five detainees at the U.S. prison in Guantanamo Bay, Cuba, to Qatar was legal and advanced national interests, he added.

Republicans and some Democrats have sharply criticized the administration for not informing Congress in advance, with some accusing the president of breaking a law requiring 30-day notification of any Guantanamo prisoner release. Other questions center on whether Bergdahl deserted and whether the U.S. gave up too much for his freedom. Administration officials have told Congress that four of the five Taliban officials will likely rejoin the fight.

Rep. Howard "Buck" McKeon, R-Calif., the committee's chairman, said at the outset of the hearing that he didn't intend to use that particular session to examine either the circumstances of Bergdahl's disappearance from the base or the merits of bringing home an American soldier. His focus has been on the administration's failure to notify Congress in advance of the swap.

"We could have done a better job of keeping you informed," Hagel told the panel. But he called the operation an "extraordinary situation" that combined time-sensitive concerns over Bergdahl's health and safety, last-minute arrangements over where to pick up the soldier and persistent fears the Taliban may have been negotiating in bad faith.

Hagel offered the most detailed public timeline of the negotiations and ensuing rescue efforts to date. The initial talks with the Taliban about a prisoner were broken off in March 2012, but not before Congress was briefed on the issue. They were restarted in September 2013 when the government of Qatar offered to act as an intermediary, at which time the U.S. requested the proof of life video that was ultimately received last January and shown to members of Congress over the last several days.

"It was disturbing. It showed a deterioration in his physical appearance and mental state compared to previous videos," Hagel said, though some lawmakers have said they believe Bergdahl might have been drugged during the video.

Talks picked up again in April, and the U.S. signed a memorandum of understanding with Qatar on May 12 that detailed the security measures that would be put in place if they assumed custody of the Taliban detainees once they were transferred out of Guantanamo Bay. Soon after that came the warning from the Qataris that the transfer needed to be completed quickly.

"We grew increasingly concerned that any delay, or any leaks, could derail the deal and further endanger Sgt. Bergdahl,"Hagel said. "We were told by the Qataris that a leak would end the negotiations for Bergdahl's release. We also knew that he would be extremely vulnerable during any movement, and our military personnel conducting the handoff would be exposed to a possible ambush or other deadly scenarios in very dangerous territory."

Three days of intensive talks led to an agreement on the mechanics of the swap on May 27. Once it was set in motion, just 96 hours elapsed before Bergdahl was in U.S. hands. Hagel confirmed statements from members of Congress that the U.S. did not know the general location of the Bergdahl hand off until 24 hours before the exchange, and did not receive a precise location until one hour before he was back in U.S. hands.

But a series of classified briefings in the 11 days since the operation has failed to answer a growing list of questions on Capitol Hill.

Opening Wednesday's hearing, McKeon described the agreement with the Taliban as the "deeply troubling" result of "unprecedented negotiations with terrorists."

McKeon, who has launched a committee investigation, said the deal could fuel further kidnappings of American personnel. And he described White House explanations thus far about the potential national security implications as "misleading and oftentimes blatantly false."

Hagel called the former Taliban government officials "enemy belligerents" and said they hadn't been implicated in any attacks against the United States. He said Qatar, which has promised to keep the former Guantanamo detainees inside the country for a year, committed to sufficient security measures that led him to decide the risks weren't too great.

At the same time, he said, "if any of these detainees ever try to rejoin the fight, they would be doing so at their own peril."

Hagel said Washington only engaged in "indirect negotiations." He said a logistical agreement was released May 27, four days before the exchange, and only then did President Barack Obama make a final decision to move forward. Officials learned the general area for the handoff of Bergdahl a day in advance and received the precise location an hour ahead of time, he said.

Bergdahl, an Idaho native, had been held captive since 2009. The Taliban officials had been at Guantanamo for more than a decade.

Beyond McKeon's investigation, the House Appropriations Committee also illustrated its displeasure this week. In a bipartisan 33-13 vote, it added a provision to a $570 billion defense spending bill that barred money for the future transfer of Guantanamo detainee. It also withholds other funds from the Defense Department until Hagel assures lawmakers that notification rules will be respected.