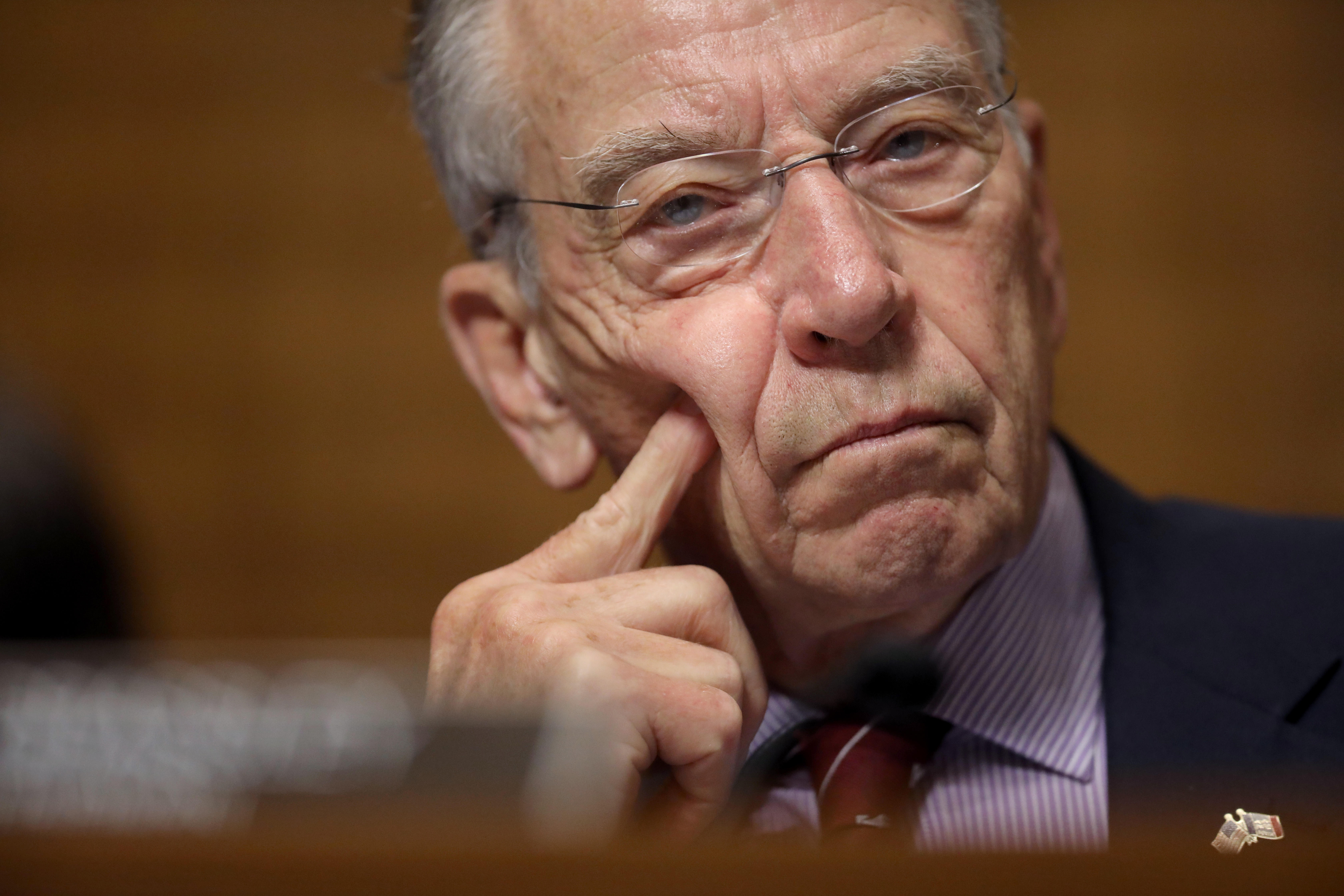 Senate Judiciary Committee Chairman Chuck Grassley referred lawyer Michael Avenatti and his client, Julie Swetnick, to the Justice Department for a criminal investigation, alleging that the two had made false statements to Congress.

Swetnick was the third woman to publicly accuse Supreme Court Justice Brett Kavanaugh of sexual misconduct in September, before Kavanaugh was confirmed. She alleged that he and his friend Mark Judge were present at a high school party when she was gang raped by a series of boys after her drink was spiked. Swetnick also accused Kavanaugh of helping facilitate gang rapes when he was in high school. Kavanaugh vehemently denied these allegations, which were subsequently walked back by Swetnick.

Kavanaugh and Dr. Christine Blasey Ford, who accused Kavanaugh of sexual assault when they were both teenagers, testified before the Senate in September. Many Republicans on the Judiciary Committee, particularly Sen. Lindsey Graham, expressed outrage that Kavanaugh was accused of being a gang rapist, even though that was not technically Swetnick's allegation. Kavanaugh was confirmed in early October, after an FBI investigation found no further evidence of misconduct.

Some Democrats were irritated by Avenatti inserting himself into the conversation over Kavanaugh's confirmation. A regular presence on cable news, Avenatti represents adult film star Stormy Daniels, who allegedly had an affair with President Trump. He has also presented himself as a potential presidential candidate in 2020.

On Thursday, Grassley's office said in a statement that he was referring the two for three separate crimes: conspiracy, providing false statements to Congress and obstructing a Senate investigation.

"While the Committee was in the middle of its extensive investigation of the late-breaking sexual-assault allegations made by Dr. Christine Blasey Ford against Supreme Court nominee Judge Brett Kavanaugh, Avenatti publicized his client's allegations of drug- and alcohol-fueled gang rapes in the 1980s," the statement read. "The obvious, subsequent contradictions along with the suspicious timing of the allegations necessitate a criminal investigation by the Justice Department."

In an additional statement, Grassley said that while he takes allegations of sexual misconduct seriously, and applauds victims brave enough to come forward, he had to react to someone who perhaps knowingly misled investigators.

"In the heat of partisan moments, some do try to knowingly mislead the committee. That's unfair to my colleagues, the nominees and others providing information who are seeking the truth. It stifles our ability to work on legitimate lines of inquiry. It also wastes time and resources for destructive reasons," he said.

Avenatti held a press conference on Grassley's action Thursday evening. He said that he welcomed the investigation, and that Grassley had "opened up a Pandora's box." He said that now his client's claims would finally be fully investigated.

"Sen. Grassley just stepped in it, to be clear," Avenatti said.

The Justice Department had no comment on the referral.