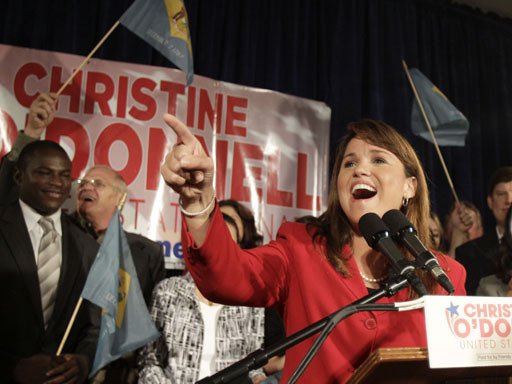 In Thursday interview on ABC's "Good Morning America," Republican Delaware Senate Candidate Christine O'Donnell said she regretted releasing a recent campaign ad in which she asserted, "I am not a witch," saying that the intention to "kill" the witchcraft commentary had backfired.

"You know, I haven't publicly stated this," she said in the interview to ABC's Jonathan Karl. "But our intention was to kill it. And that's not what happened."

The ad, which was released at the beginning of October, features the candidate plainly talking to the camera dressed all in black with white pearls against a black background.

"I'm not a witch," she says in the ad, with piano music playing in the background. "I'm nothing you've heard. I'm you."

The 30-second spot swiftly became the target of mockery among late-night comedians, and NBC's "Saturday Night Live" immediately parodied the commercial with one of its own. (In it, O'Donnell is, unsurprisingly, revealed to be a witch.)

Despite her regrets, however, the candidate has not entirely lost her sense of humor when it comes to her so-called history with witchcraft: When asked what she planned to be for Halloween, O'Donnell laughed, "I can tell you, I certainly am not going to be a witch."

"I was thinking about just going as Dorothy," O'Donnell said. "I killed the witch. There you go."