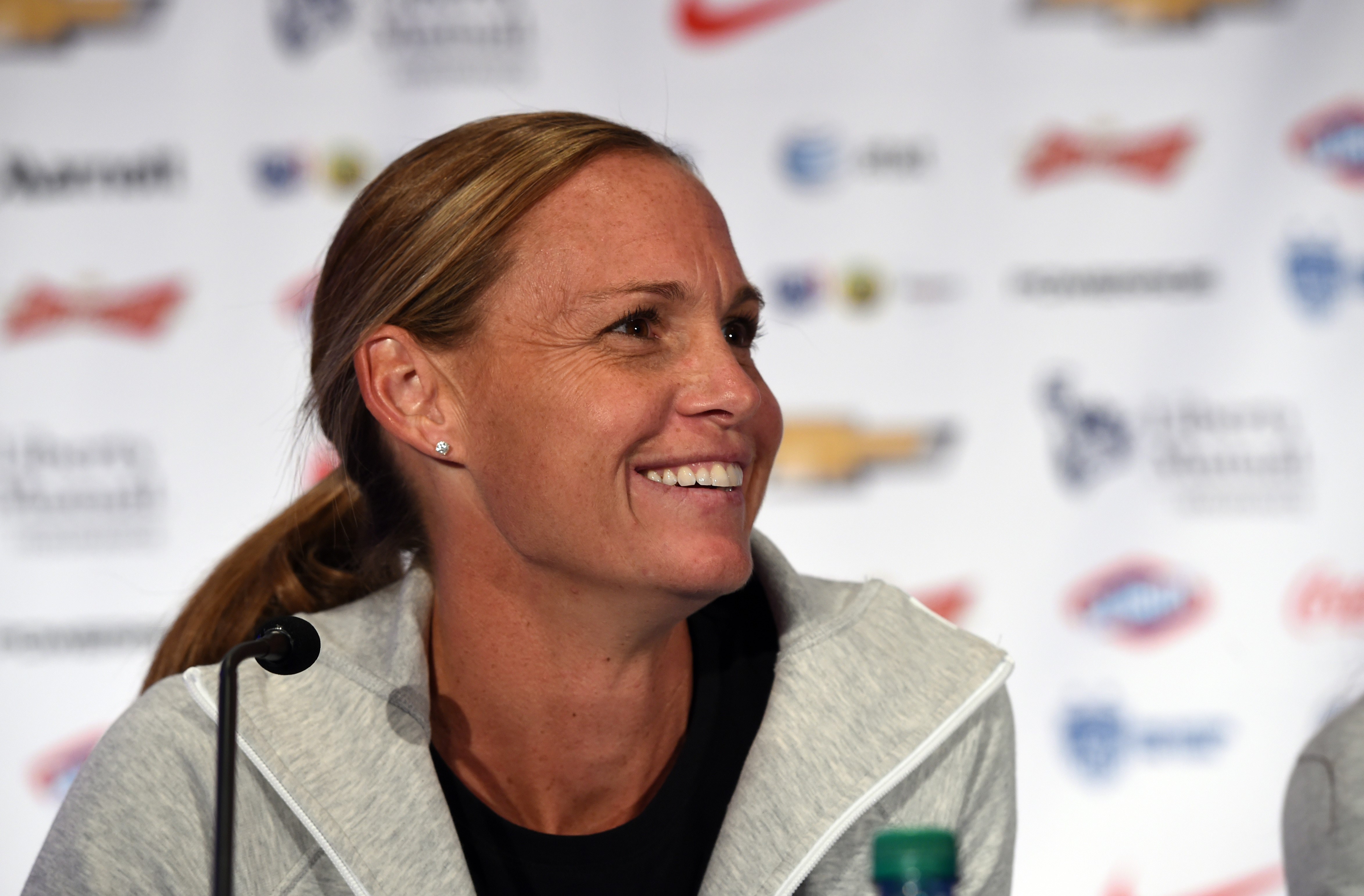 WINNIPEG -- Before Monday night's World Cup match between Team USA and Australia, Christie Rampone will lead her American teammates in song as she's done hundreds of times before.

Rampone is Team USA's 39-year-old captain. She's started more international matches than any other active player on the planet. It's a career that began in 1997. Rampone was a member of the legendary team that transfixed America by winning the World Cup in 1999. She's the only "99-er" still on the field.

Rampone maintains a rigorous off-season routine at home in New Jersey. Keeping up with players half her age demands it.

With her kids, Rylie, 9, and Reece, 5, Team Rampone is a marketer's dream. Rampone often brings her kids on the road -- not just for the Gold Medal moments, but for hometown pep rallies and birthday fun with her unofficial aunts on Team USA.

Motherhood, Rampone says, has made her a better player.

"I stressed, I think, too much," she said. "You worry about all your mistakes, you worry about all the little things. And when I became a mom, well, I don't have time for that anymore. Good or bad day, doesn't matter, coming home to two kids that need me and support me, it definitely puts things in perspective."