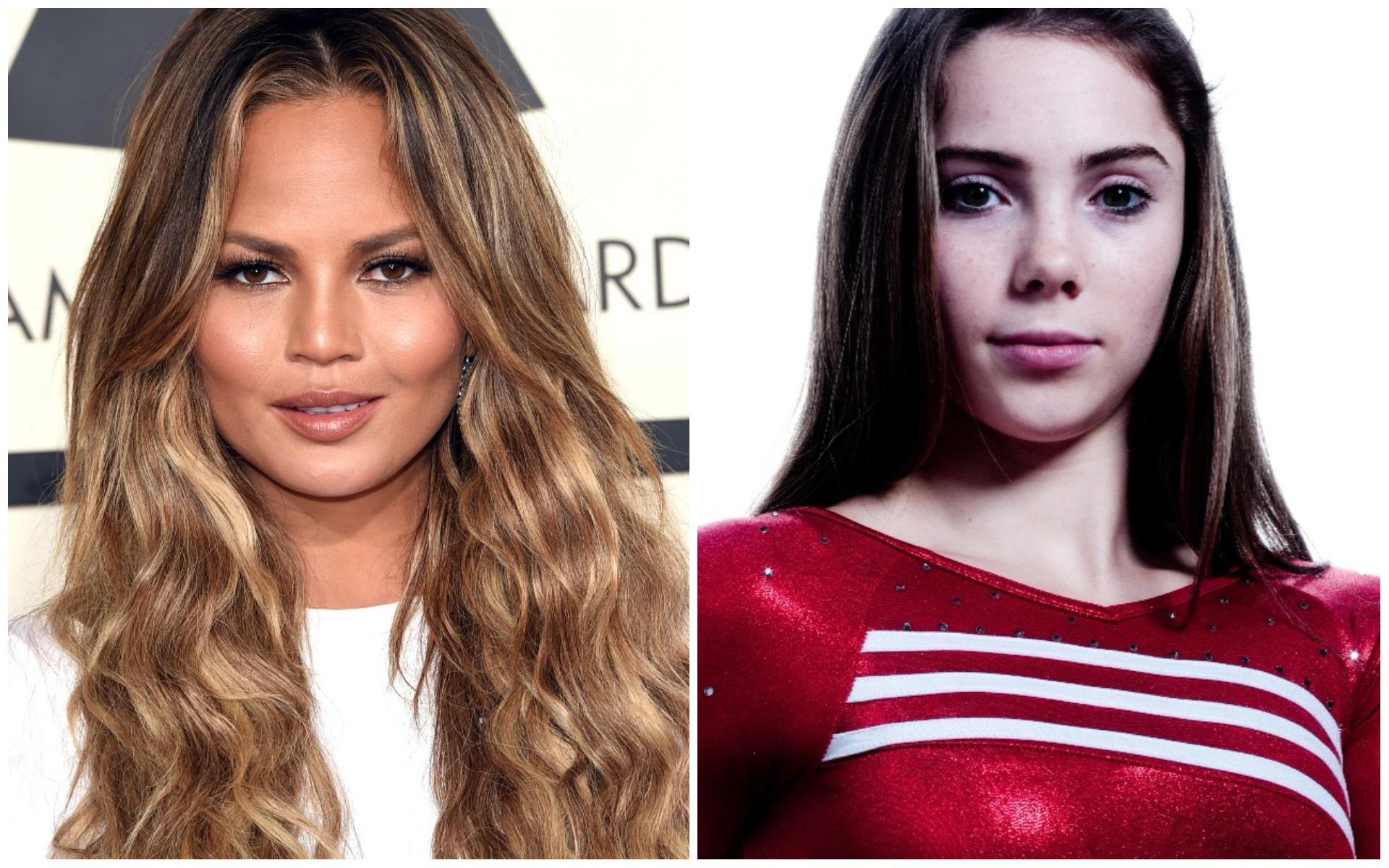 An emotional sentencing hearing for disgraced ex-USA Gymnastics sports doctor Larry Nassar included heartbreaking stories from his victims on Tuesday. The four-day hearing will allow dozens of survivors of his sexual abuse to speak, but one high-profile accuser may not share her story: former Team USA Olympic gymnast McKayla Maroney.

Maroney settled with USA Gymnastics in December of 2016 for $1.25 million to resolve her claims that she was sexually abused by Nassar for seven years. The settlement included a non-disclosure agreement that carries a $100,000 fine if violated, according to the Wall Street Journal. Nassar was the longtime team doctor and faces decades in prison for molesting dozens of athletes.

On Tuesday, outspoken model Chrissy Teigen offered to pay that fine if Maroney has to pay it. "I would be absolutely honored to pay this fine for you," Teigen tweeted.

In light of the settlement, Maroney might not make a public statement during the sentencing hearing. But she may have already violated the agreement when she revealed in October 2017 that Nassar sexually abused her from the time she was 13 to age 20.

"Dr. Nassar told me that I was receiving 'medically necessary treatment that he had been performing on patients for over 30 years,'" Maroney said in a statement she originally posted on Twitter, but has since deleted.

Maroney is now suing USA Gymnastics, Michigan State University -- where Nassar was also employed -- and the United States Olympic Committee for allegedly forcing her to sign the confidentiality agreement.

In a statement to CBS News, USA Gymnastics said it "has not sought and will not seek any money" from Maroney.

"This has been her right and USA Gymnastics encourages McKayla and anyone who has been abused to speak out," the statement said. "USA Gymnastics remains focused on our highest priority – the safety, health and well-being of our athletes and creating a culture that empowers and supports them."

Nassar pleaded guilty to molesting females with his hands at his Michigan State University office, his home and a Lansing-area gymnastics club. He has been accused by 140 women and young girls, including Maroney's teammates, gymnasts Aly Raisman, Gabby Douglas, and Simone Biles. Impact statements are expected to be read by 98 victims and family members during the hearing.

The Michigan attorney general's office is seeking at least 40 years in prison for the 54-year-old Nassar. He's already been sentenced to 60 years in federal prison for child pornography crimes.