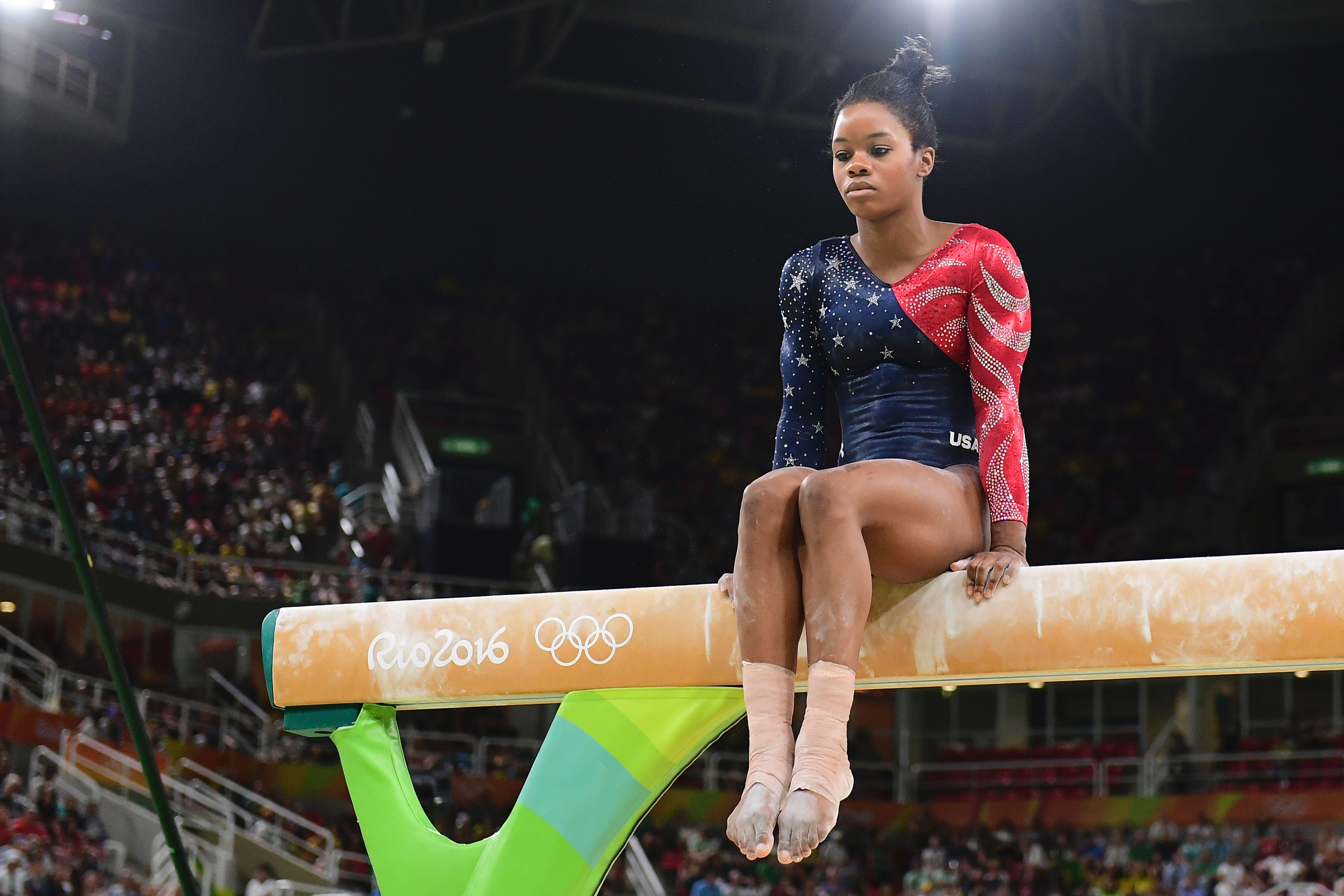 Olympic champion gymnast Gabby Douglas says she is among the group of athletes sexually abused by a former team doctor.

Douglas, the 2012 Olympic all-around champion and a three-time gold medalist, wrote in an Instagram post Tuesday that she waited so long to reveal the abuse by Larry Nassar because she was part of a group "conditioned to stay silent."

Douglas included the revelation in an apology for comments made on social media last week that suggested women dress modestly to help prevent abuse. Douglas said her comments, which she later deleted, were taken out of context.

"I didn't view my comments as victim shaming because I know no matter what you wear, it NEVER gives anyone the right to harass or abuse you," Douglas wrote.

The 21-year-old Douglas is the latest high-profile gymnast to come forward against Nassar, who spent nearly two decades as the national team doctor for USA Gymnastics before being fired in 2015. Douglas' teammate in 2012 and 2016, Aly Raisman, spoke about alleged abuse by Nassar to CBS News chief medical correspondent Dr. Jon LaPook on "60 Minutes" earlier this month. She said the culture of USA Gymnatics kept her silent.

"We were told he is the best doctor," Raisman said. "He's the United States Olympic doctor and the USA Gymnastics doctor, and we were very lucky we were able to see him."

Jamie Dantzscher, a bronze medalist on the 2000 U.S. Olympic team, was part of the initial wave of lawsuits filed against Nassar in 2016 following reporting by the Indianapolis Star that highlighted chronic mishandling of abuse allegations against coaches and staff at some of USA Gymnastics' more than 3,500 clubs across the country.

"He abused me in my hotel room in Sydney at the Olympic games," Dantzscher testified before Congress in March. "I was disbelieved and even criticized by some in the gymnastics community for bringing this disturbing issue to light. Now I know that I am not alone."

Nassar, 54, is accused of molesting several girls while working for USA Gymnastics and Michigan State University. He's facing similar charges in a neighboring Michigan county and lawsuits filed by more than 125 women and girls.

Nassar is expected plead guilty to multiple charges of sexual assault and face at least 25 years in prison, a person with knowledge of the agreement said Tuesday.

The person was not authorized to publicly discuss the agreement ahead of a Wednesday court hearing for Nassar in Michigan's Ingham County and spoke to The Associated Press on condition of anonymity.

USA Gymnastics launched an independent review of its policies in the wake of the allegations against Nassar. In June, the gymnastics board adopted the new USA Gymnastics SafeSport Policy that replaced the previous policy. Key updates include mandatory reporting, defining six types of misconduct, setting standards to prohibit grooming behavior, preventing inappropriate interaction and establishing accountability.

The organization also hired Kerry Perry as the organization's new president and CEO. Perry replaces Steve Penny, who resigned under pressure in March.