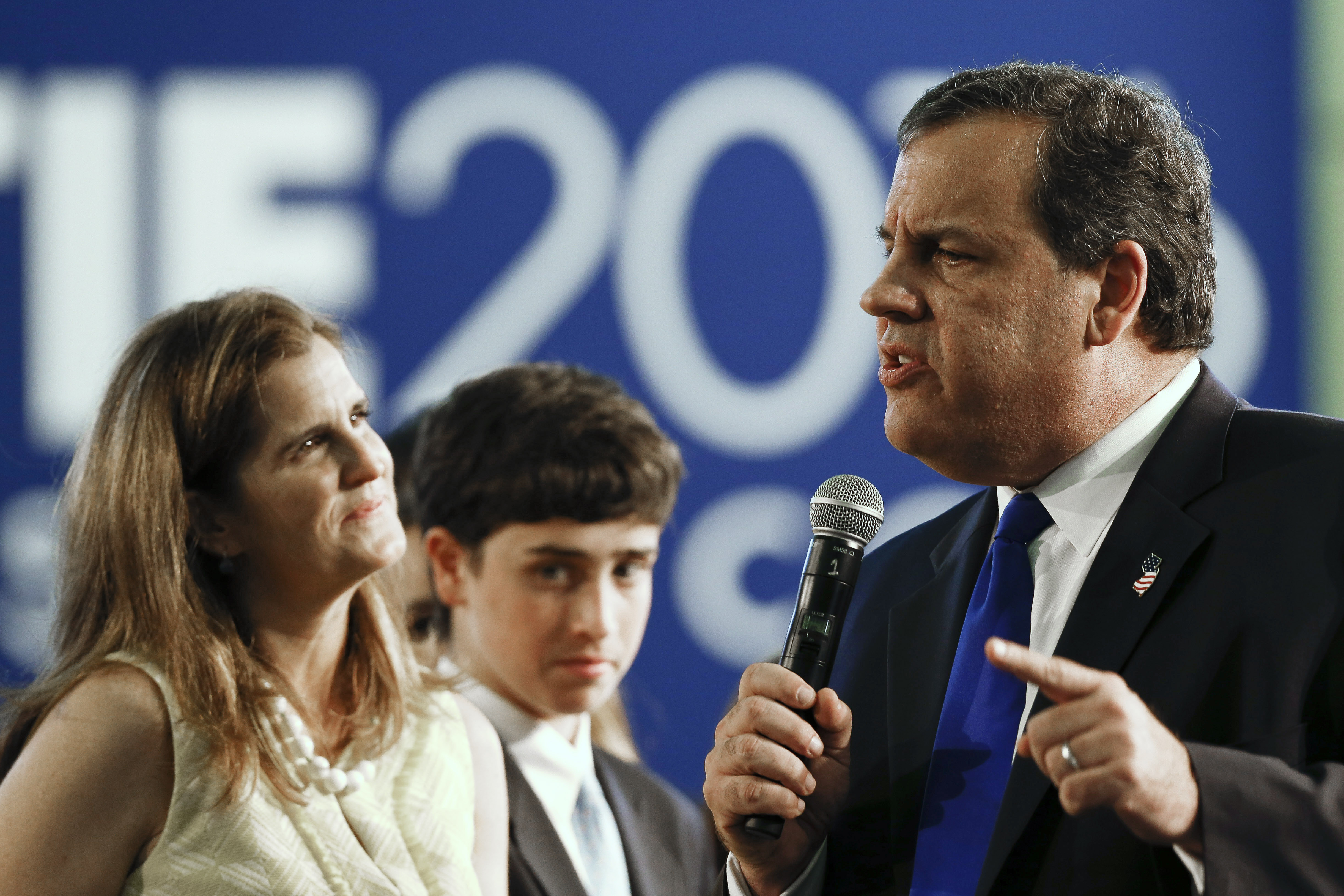 Speaking to a crowd at his alma mater, Livingston High School in Livingston, New Jersey, the famously blunt governor told the crowd, "When I stand up on a stage like this.. there is one thing you will know for sure. I mean what I say, and I say what I mean, and that's what America needs right now."

Christie blasted both Democrats and Republicans in Washington for refusing to work together.

"Both parties have led us to believe that in a country built on compromise, that some how comprehensive is a dirty word," he said. "This dysfunction, this lack of leadership has led to an economy that's weak and hasn't recovered the way it should."

He made the case that his experience in New Jersey -- the most ethnically diverse, densely populated state -- will help him bring people together.

"We're all different, and we're on top of each other," he joked about the Garden State. "What has come from that is the absolute belief that not only can all of us achieve any dream, not only can we do it together, but we have to do it together... This country has to work together again, not against each other."

Christie was elected twice as a Republican in the heavily-Democratic state, and he hasn't shied away from taking on the teachers' unions, cutting down the size of government, lowering taxes, and criminal justice reform. At the same time, his state's poor fiscal condition has damaged his political standing in New Jersey, while the political scandal surrounding the lane closures on the George Washington Bridge has nagged him.

Consequently, his 2016 candidacy has lost some of its sheen, even though Christie was initially considered a rock-solid prospect for Republicans in 2016. A Monmouth University poll released earlier this month ranked him at just four percent among GOP primary voters nationwide, trailing top-tier contenders like Florida Gov. Jeb Bush, Wisconsin Gov. Scott Walker, and Florida Sen. Marco Rubio, among others. Christie is now the 14th candidate in the race for the Republican nomination.

The governor made the case that what sets him apart is his authenticity.

He promised "a campaign without spin and without pandering and without focused group answers... a campaign when I'm asked a question, I'm going to give an answer to the question that's asked, not the answer that my political consultants told me to give back stage."

He promised to talk bluntly, for instance, about issues like the entitlement system "that is bankrupting our country."

"Let me fill everybody else in -- the lying and stealing has already happened, the horse is out of the barn," he said about entitlements. "We've got to get it back in, and we can only do it by force."

He also promised to show "strong unequivocal force" on the world stage.

"After seven years of a weak and feckless foreign policy run by Barack Obama, we better not turn it over to his second mate, Hillary Clinton."