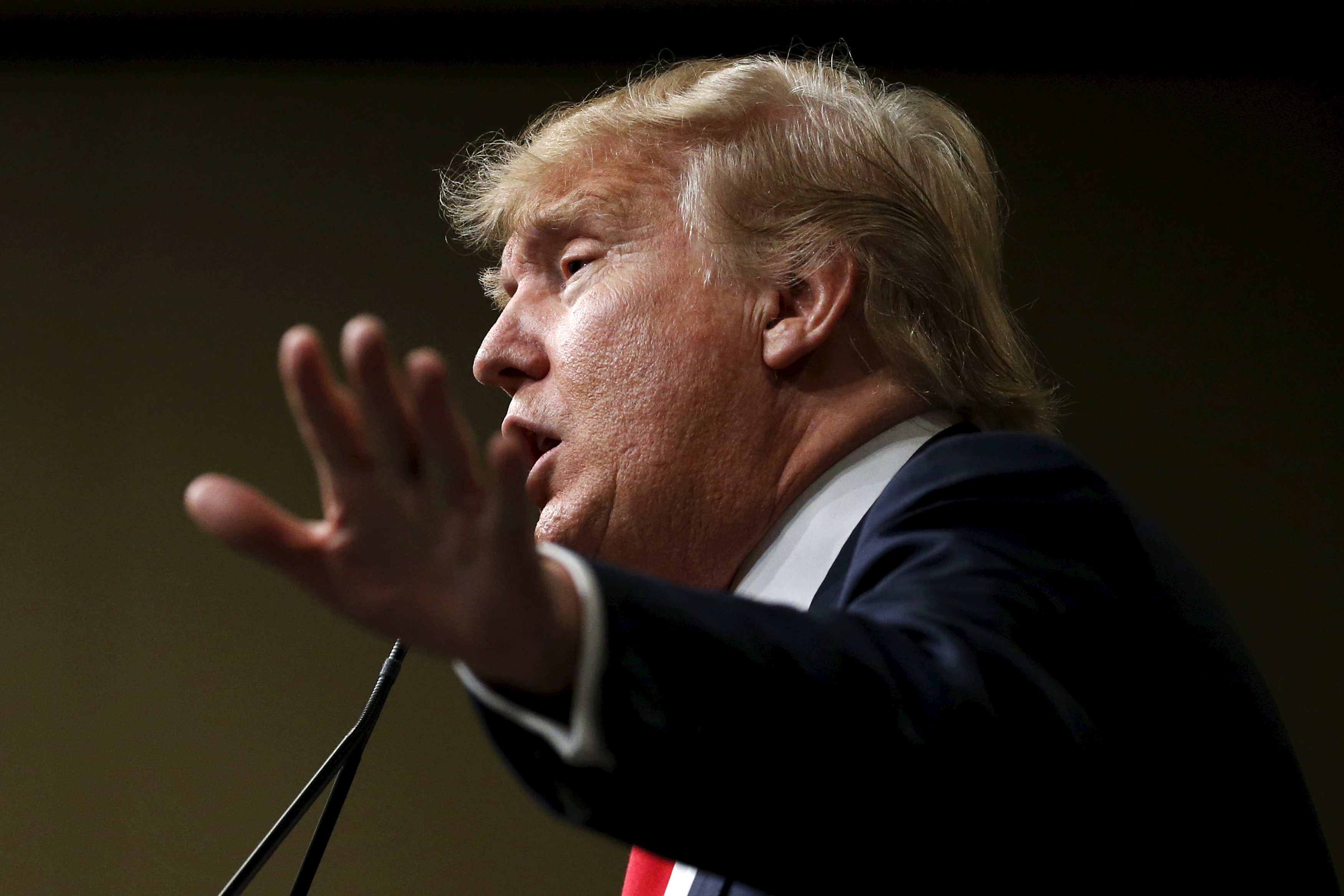 One day after the United States' 2003 invasion of Iraq, businessman Donald Trump joined Neil Cavuto for a phone interview to give an opinion on how the military action in the Middle East would impact the financial sector at home.

Trump told Cavuto in that March 21, 2003, chat: "I think Wall Street's waiting to see what happens, but even before the fact they're obviously taking it a little bit for granted. It looks like a tremendous success from a military standpoint, and I think this is really nothing compared to what you're gonna see after the war is over."

Trump went on to predict that the war would go on to benefit the financial markets.

"I think Wall Street's just gonna go up like a rocket, even beyond, and it's gonna continue and, you know, we have a strong and powerful country, and let's hope it all works out," he added.

Critics have said the comments, resurfaced Friday by Buzzfeed News, contradict recent claims that Trump has made on the presidential campaign trail about his initial opposition to the Iraq war.

"By the time the [Iraq] war started, I was totally against it, and by 2003, you see my statements," Trump told CBS News' Major Garrett on Friday. "I was against it. So look, the Iraq war, going into Iraq was one of the worst decisions in the history of this country."

On Friday, Trump's campaign sought to clarify the remarks to Cavuto, asserting in a statement to CBS News that "Mr. Trump did not say he supported the war- he commented on the execution of the invasion from a military standpoint one day after it began."

"Regardless of his opposition to the war, he is the most militaristic candidate and always supported the troops," the statement read. "He also added he wanted it to be over as quickly as possible and is on record stating his opposition a very short time thereafter. Additionally, Mr. Trump has great vision and predicted exactly what would happen as a result of the war--- the total destabilization of the Middle East, the rise of Iran as a potential nuclear power and the creation of the most evil group imaginable (ISIS)."

On Saturday morning, during a phone interview with Fox News, the GOP front-runner again defended his 2003 statement.

"All I said is they performed the military operation well," Trump said. "I didn't say it was a good thing."

Trump also pointed to an interview with Joe Scarborough from the fall of 2003.

"It just came out today that Joe Scarborough said in an interview right around that time that he had many years ago. I didn't know about this," he continued. "That I said we shouldn't be going there. That just came out about 20 minutes ago. They just found it, and regardless, in 2003, it's all over the place that I was saying we shouldn't be in Iraq. We shouldn't go into Iraq. Get the hell out of Iraq, and we certainly should have."

The Scarborough interview Trump was apparently referencing happened on Sept. 11, 2003, according to FactCheck.org.

On the second anniversary of the 9/11 terrorist attacks, Trump told the MSNBC host: "It wasn't a mistake to fight terrorism and fight it hard, and I guess maybe if I had to do it, I would have fought terrorism but not necessarily Iraq."

Trump's Cavuto interview was not the first time Trump had weighed in on Iraq post-9/11.

In a 2002 interview with Howard Stern, Trump was also asked directly about whether the U.S. should invade Iraq. He responded, "Yeah, I guess so."

The resurfacing of the controversial comments come just as the billionaire competes in Saturday's first-in-the-South primary contest, where he leads by considerable margins in South Carolina polls.

While at a campaign rally in North Charleston on Friday, Trump also made headlines with a gruesome reference to an American general's fight against Muslim insurgents in the early 1900s.

Trump told a crowd that he had "read a story" about Gen. John Pershing, best known for leading the American Expeditionary Forces against Germany in World War I and who he called "a rough guy."

According to Trump, while fighting Muslim forces in the Philippines in the 1900s, Pershing had "caught 50 terrorists who did tremendous damage and killed many people."

"And he took the 50 terrorists, and he took 50 men and dipped 50 bullets in pig's blood," he said. "You heard about that? He took 50 bullets and dipped them in pig's blood. And he has his men load up their rifles, and he lined up the 50 people, and they shot 49 of those people. And the 50th person, he said, 'You go back to your people, and you tell them what happened.' And for 25 years there wasn't a problem."

The recounting of bullets dipped in pig's blood, however, is not historically accurate, according to the mythbusting website Snopes.com.