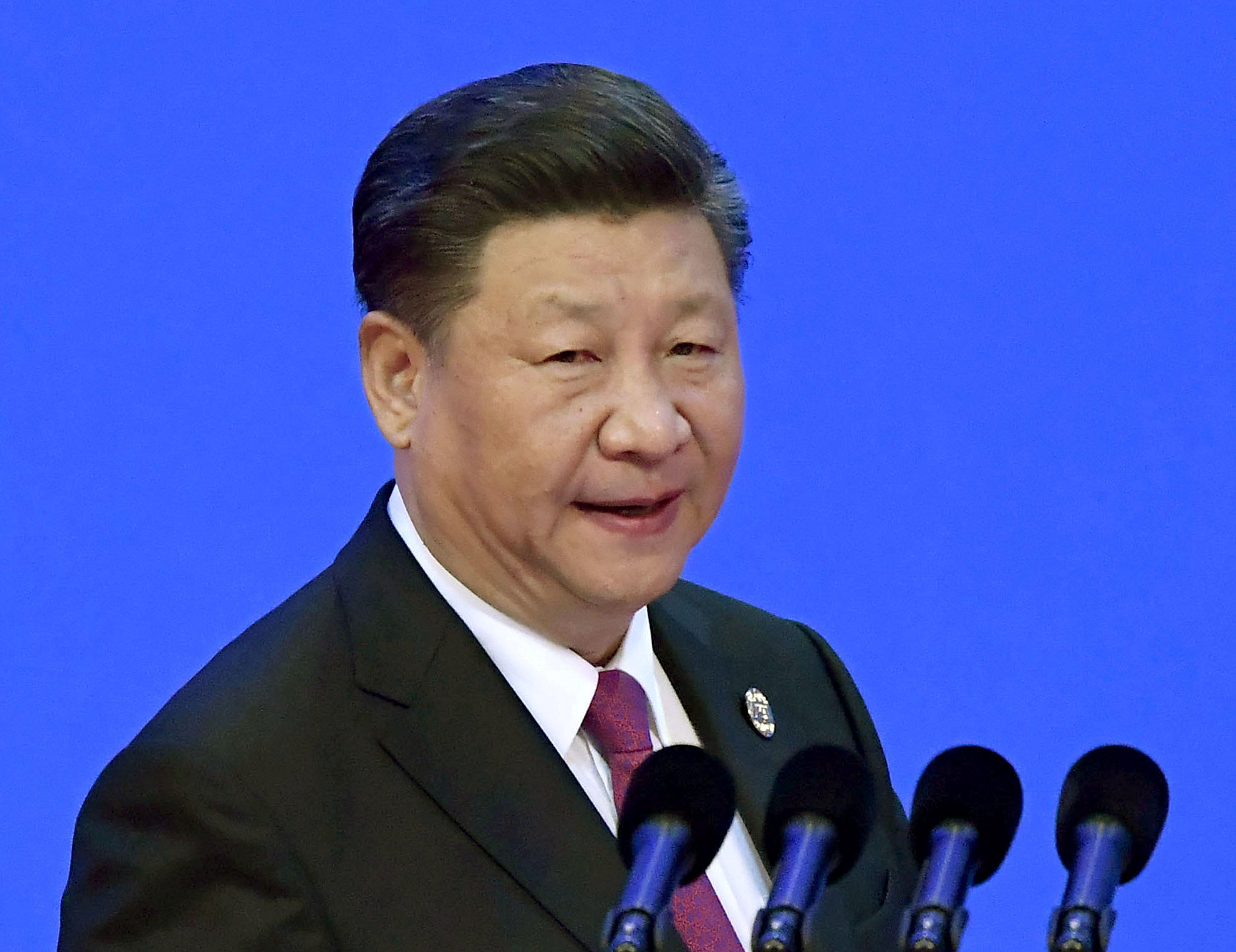 BEIJING -- President Xi Jinping promised Tuesday to cut China's auto tariffs and improve intellectual property protection in possible concessions aimed at defusing a worsening dispute with Washington over trade and technology that investors worry could set back the global economic recovery. Speaking at a business conference, Xi made no direct mention of his American counterpart, President Donald Trump, or the dispute.

Xi promised progress on areas that are U.S. priorities including opening China's banking industry and boosting imports but didn't address key irritants for Washington such as a requirement for foreign companies to work through joint ventures that require them to give technology to potential local competitors.

The possible overtures came as the World Trade Organization said in a statement that China had initiated an official trade dispute complaint against the U.S., over tariff hikes on steel and aluminum imports imposed recently by President Trump.

"China claims the duties of 25% and 10% on imports of steel and aluminium products respectively are inconsistent with provisions of the WTO's General Agreement on Tariffs and Trade (GATT) 1994 and of the Agreement on Safeguards," the WTO said in a statement on Tuesday.

Xi tried on Tuesday to position China as a defender of free trade and cooperation, despite its status as the most-closed major economy, in response to Mr. Trump's "America first" calls for import restrictions and trade deals that are more favorable to the United States.

"China's door of opening up will not be closed and will only open wider," Xi said at the Boao Forum for Asia on the southern island of Hainan.

Xi said Beijing will "significantly lower" tariffs on auto imports this year and ease restrictions on foreign ownership in the auto industry "as soon as possible."

Private sector analysts saw Xi's speech as an overture to help end the biggest global trade dispute since World War II. It has fueled fears the global economic recovery might be set back if other governments are prompted to raise their own import barriers.

Mr. Trump has threatened to raise tariffs on Chinese goods worth $50 billion in response to complaints Beijing pressures foreign companies to hand over technology in violation of its World Trade Organization market-opening commitments. Beijing fired back with its own $50 billion list of U.S. goods for possible retaliation.

The Chinese leader promised to encourage "normal technological exchange" and to "protect the lawful ownership rights of foreign enterprises."

Such pledges might help, Rajiv Biswas of IHS Markit said in a report.

"President Xi's speech could create a very good platform to launch U.S.-China dialogue at the WTO to find a deal on intellectual property rights that will address US concerns," Biswas said. "This would be a victory for the world trading system and an important step away from the abyss of rising global protectionism."

The dispute is likely to end "with a concession from China," said Larry Hu of Macquarie Group in a report.

Foreign companies complain Beijing is squeezing them out of promising parts of the state-dominated economy to promote the ruling Communist Party's plans to create Chinese global competitors in fields including robotics, electric cars and pharmaceuticals.

Xi gave no details on how those conditions might change, leaving it unclear whether that might mollify Washington.

Easing rules that limit global automakers to owning no more than 50 percent of a joint venture with a Chinese partner might help to address Trump's complaints about technology as well as giving them more flexibility in their biggest global market.

Jake Parker, the vice president for China of the U.S.-China Business Council, which represents companies that deal with China, welcomed Xi's announcement but expressed hope for additional steps such as ending requirements for joint ventures and technology licensing.

"Ultimately, U.S. industry will be looking for implementation of long-stalled economic reforms, but actions to date have greatly undermined the optimism of the U.S. business community," Parker said in an email.

Chinese regulators announced that intention in November, just after Trump ended a high-profile visit to Beijing, but gave no timeline or details. Business groups welcomed the commitment but said breaking into China's state-dominated financial industries would be hard for new competitors and Beijing might impose restrictions that would make such an effort unprofitable.

The biggest beneficiaries of a cut in China's 25 percent tariff on most auto imports will be the small number of automakers such as electric car brand Tesla that have no factory in China. Other automakers such as General Motors and Volkswagen that assemble vehicles in China with local partners could offer additional models.

More broadly, Xi repeated official promises to expand imports and to narrow China's trade surplus, another irritant for Washington. China reported a global trade surplus of $423 billion last year - about two-thirds of that with the United States.

"China does not seek a trade surplus," said Xi to an audience of Chinese and foreign businesspeople. "We have a genuine desire to increase imports and achieve a greater balance of international payments."

The president promised to make faster progress toward joining the WTO's Government Procurement Agreement, which extends the WTO's free-trading principles to purchases by governments. That can make a significant difference in developing countries, where the government often accounts for most sales of computer software, medical equipment and other high-value goods.

The bulk of Xi's 40-minute speech was devoted to China's vision for economic development and its global role following a ruling party congress in October that confirmed him as the most dominant Chinese leader since at least the 1980s.

"We will not bully our neighbors," the president said.

"Cold war thinking and zero-sum games are increasingly obsolete," he said. "Arrogance or self-righteousness can only bump into walls at every turn."

Why other countries are imposing COVID travel restrictions on China