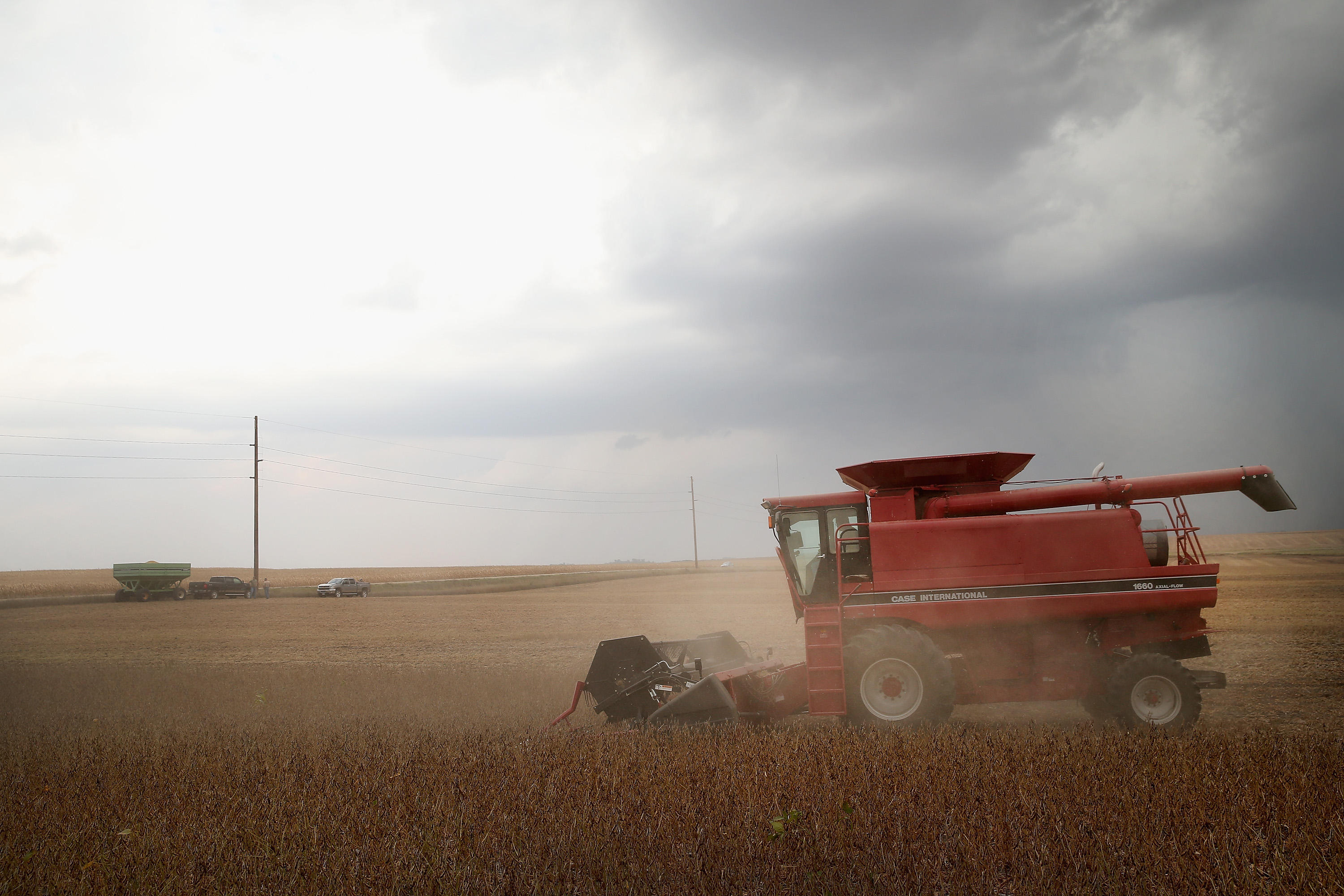 China's Commerce Ministry on Wednesday criticized the U.S. move as a violation of global trade rules and said China was acting to protect its "legitimate rights and interests." It said a 25 percent tariff would be imposed, but as CBS News correspondent Ben Tracy reports, the date the charges will take effect has yet to be announced.

CBS News asked U.S. Ambassador to China Terry Branstad about a potential trade war with China -- an economic duel that President Trump has said previously that the U.S. would win.

"I don't want to see a trade war," Branstad told Tracy. "I want to see us work together to resolve these problems."

Ask directly whether he thought a trade war with Beijing would be good for the United States, Branstad replied: "No. I think it would be better to work these things out."

In an early morning tweet on Wednesday, Mr. Trump himself insisted there was no trade war with China, as "that war was lost many years ago by the foolish, or incompetent, people who represented the U.S." Instead, Mr. Trump insisted the U.S. was just trying to resolve a massive trade deficit.

As Tracy reports, China also says it wants to negotiate, and Tracy says with no hard start date yet for any of these tariffs, they remain, at this point, just threats. But both sides are showing off their weapons. The question is will they actually go to war?

Already there are fears the spiraling trade dispute could set back the global economic recovery.

The clash reflects growing tension between President Donald Trump's promises to narrow the multibillion-dollar U.S. trade deficit with China and the ruling Communist Party's development plans. Those include using access to China's vast market as leverage to induce foreign automakers and other companies to help create or improve industry and technology.

Beijing was reacting to a U.S. announcement Tuesday of a list of Chinese goods targeted for a tariff hike previously approved by Mr. Trump. They include medical, aerospace and information technology.

The U.S. Trade Representative's Office said those products benefit from Chinese policies that including requiring foreign companies to hand over technology in violation of Beijing's free-trade commitments.

Businesspeople and economists had predicted that aircraft and soybeans could be among the items targeted by China. The dispute has fueled fears it might set back the global recovery if other governments are prompted to raise their own import barriers.

Asian governments will closely watch Beijing's reaction in a dispute that "may compel countries to pick sides," said Weiliang Chang of Mizuho Bank in a report.

On Wednesday, Asian stock markets were mixed. Market benchmarks in Hong Kong and Tokyo were off 0.2 percent at midday but the Shanghai Composite Index rose 0.8 percent.

American companies have long chafed under Chinese regulations that require them to operate through local partners and share technology with potential competitors in exchange for market access. Business groups say companies feel increasingly unwelcome in China's state-dominated economy and are being squeezed out of promising industries.

A USTR report released Tuesday also cited complaints Beijing uses cyber spying to steal foreign business secrets, but it was unclear whether the latest tariff hike was in response to that.

In a separate dispute, Beijing raised tariffs Monday on a $3 billion list of U.S. goods including pork, apples and steel pipe in response a higher American import duties on steel and aluminum.

The technology-related tariffs are more sensitive for President Xi Jinping's government because they strike at industries seen by communist leaders as vital for China's future development.

Companies have warned that Mr. Trump's action might hurt U.S. companies and consumers.

"The administration is rightly focused on restoring equity and fairness in our trade relationship with China," said the executive vice president of the U.S. Chamber of Commerce, Myron Brilliant, in a statement. "However, imposing taxes on products used daily by American consumers and job creators is not the way to achieve those ends."

U.S. authorities say Beijing denies foreign companies the right to block use of technology by a Chinese entity once a licensing period ends and imposes contract terms that are less favorable than for local technology.

Foreign companies are increasingly alarmed by initiatives such as Beijing's long-range industry development plan, dubbed "Made in China 2025," which calls for creating Chinese global leaders in electric cars, robots and other fields. Foreign companies complain that strategy appears to limit or outright block access to those industries.

Beijing reported a trade surplus of $275.8 billion with the United States last year, or two-thirds of Beijing's global total. Washington reports different figures that put the gap at a record $375.2 billion.

China has accused Mr. Trump of damaging the global system of trade regulation by taking action under U.S. law instead of through the WTO. The Commerce Ministry's statement Wednesday criticized the latest moves as "a typical unilateralist and protectionist practice."

China locks down another city as Omicron spreads ahead of Olympics

China denies it's working to rapidly expand its nuclear arsenal

How green can Beijing's "green Olympics" really be?
More