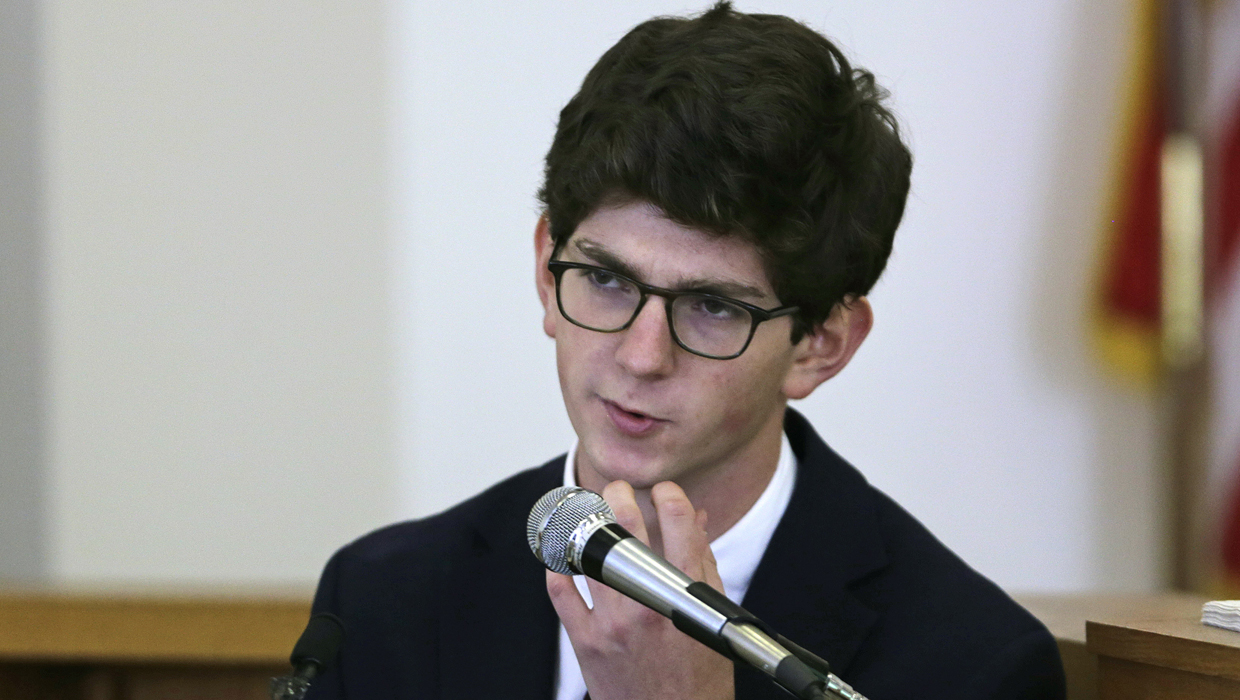 Chessy Prout spoke in an interview on NBC’s “Today” show about what happened to her at St. Paul’s School in 2014 when she was a 15-year-old freshman.

“It’s been two years now since the whole ordeal, and I feel ready to stand up and own what happened to me and make sure other people, other girls and boys, don’t need to be ashamed, either,” said Prout, now 17 and about to start her senior year at a different school.

The Associated Press normally does not identify victims of sexual assault, but Prout has now spoken publicly about the case.

Former St. Paul’s student Owen Labrie, of Tunbridge, Vermont, was arrested in 2014, days after graduating from the Concord school. Prosecutors alleged he assaulted the girl as part of a competition known as the Senior Salute in which some seniors sought to have sex with underclassman.

Labrie was convicted last year of misdemeanor sex assault charges and a felony charge of using a computer to lure the student. He was acquitted on three counts of felony sexual assault.

Labrie was sentenced to a year in jail, but he remains free pending appeal.

Prout’s parents have sued the school, arguing it should have done more to protect their daughter. The school has denied it could have prevented the assault, but it has since taken steps to “prevent and reduce risky adolescent behavior.”

In the interview, Prout said she sometimes gets panic attacks and hides in her closet and rocks on the floor. She wants to use the experience to help others.

“I want everyone to know that I am not afraid or ashamed anymore, and I never should have been,” she said.

Newsweek author Matthew Cooper, who interviewed Labrie last year, told CBSN that Labrie was adamant that he did the right thing by not taking a lenient plea deal at the beginning of the case.