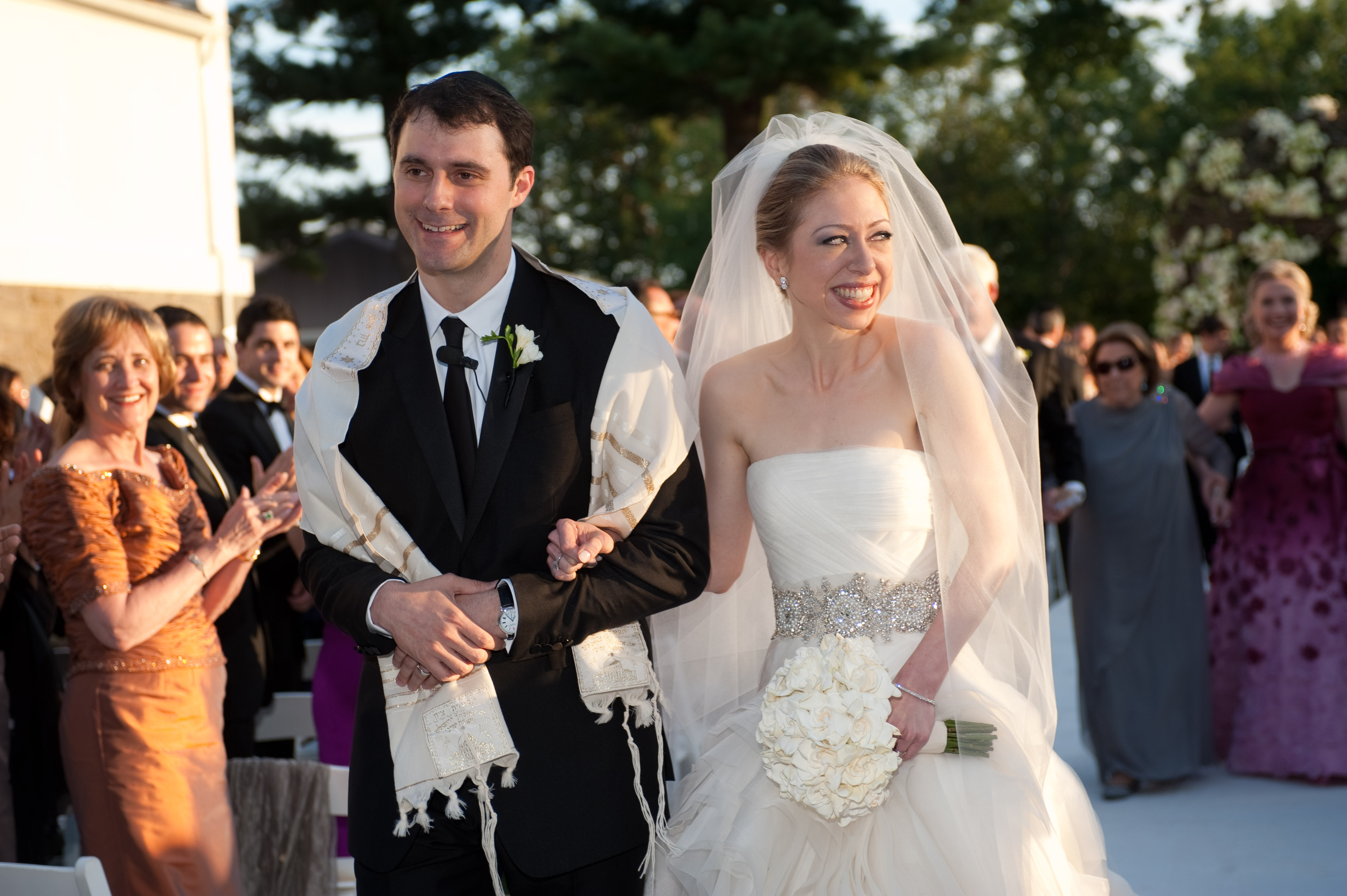 Update: The Clintons have released pictures of them with the baby.

There's a new Clinton in the world, or rather a Clinton Mezvinsky.

Clinton married Marc Mezvinsky in July 2010.The two met while growing up in Washington (Mezvinsky's parents both served in Congress) and later attended Stanford University together. On Nov. 30, 2009, the two announced their engagement.

And her mother Hillary is considered a frontrunner for the Democratic nomination in 2016, although has not formally tossed her hat in the ring.

During her mother's presidential campaign in 2008, Chelsea campaigned for her extensively across the country, mostly on college campuses.

Chelsea had this to say when she announced the pregnancy in April.

"I certainly feel all the better whether it's a girl or a boy that she or he will grow up in a world full of so many strong young female leaders, so thank you for inspiring me and inspiring future generations including the one that we'll be lucky enough to welcome into our family later this year," Clinton said. "I just hope that I will be as good a mom to my child and hopefully children as my mom was to me."

Hillary Clinton, the former first lady, secretary of state and New York senator, has made little secret of her delight over the baby news this year. After the announcement in April, she said on Twitter: "My most exciting title yet: Grandmother-To-Be!"